NAVER (NAVER (KS:)) continues its low price march every day. In two days after announcing the acquisition of Poshmark, the most used trading platform in North America, the market capitalization has evaporated by almost 5 trillion won.

Market capitalization is 26.904 trillion won, and 4.83.5 trillion won evaporated in two trading days from 31,743.5 billion won on the 30th of last month (193,500 won based on the closing price) before the announcement of the acquisition .

Donghwan Oh, a researcher at Samsung Securities, said, “As of the day before the acquisition was announced, Poshmark’s market capitalization was $1.22 billion, and the total acquisition price is about a 31% premium for management rights.” After Mick, it’s down to $15.6 due to slowing sales growth and mounting losses.”

Researcher Oh said, “In the end, the appropriateness of the acquisition price can only be judged by the management improvement after the acquisition and the amount of synergy with Naver. We intend to create synergy by connecting the webtoon with Whatpad.”

“In addition, we plan to apply Naver’s technology and knowledge such as AI recommendation, vision recognition, and live commerce to Poshmark,” he said. From the first quarter of next year, it is expected to act as a collective burden. earnings.”

Seong Jong-hwa, a researcher at eBest Investment & Securities, explained, “In terms of adjusting the discrepancy ratio, we inevitably lower our target price by 19% from 350,000 won to 282,000 won through the value adjustments of major platform subsidiaries, but we maintain our Buy opinion.”

Researcher Seong said, “Remember that the macro-environmental impact has only just begun, but has lasted for over a year, and has plunged 61% from its peak in September 2021 and 53% from’ to peak at the beginning of the year. this year. “If it plunges excessively like this, I think it is necessary to take a more active response than to wait until it is confirmed that the opinion of the market will change due to the stabilization of the macro environmental impact,” he said.

Some say concerns over the overvaluation of Naver’s acquisition of Poshmark are overblown. It is seen as a positive as it moves on to global commerce with Poshmark at the helm.

Kim So-hye, a researcher at Hanwha Investment & Securities, said, “DePop, a major competitor, was acquired by Etsy for $1.63 billion in June last year, and Poshmark’s sales are five times that of DePop.” The acquisition price/GMV was 0.89, significantly lower than Coupang’s market cap/GMV of 1.3.”

Researcher Kim said, “Naver is expected to naturally enter the North American resale market by acquiring Poshmark, and then enter European and Indian markets. After recording $326 billion, the growth rate in the first half of this year is stagnant due to the pandemic.”

“In addition, Naver’s boundary across the company is inevitable when it is incorporated to consolidate after the acquisition due to operating loss due to increased marketing costs.”

Jisoo Huh, a researcher at Daishin Securities, said, “Naver has the potential to consolidate its entry into the global resale market through Poshmark. We plan to actively support them to advance into Asia.”

Researcher Huh said, “Poshmark already has 80 million members in North America, so it is expected to accelerate its global expansion because there is not much room to expand in terms of the number of users.” “Global expansion with a light asset model that is not a burden It’s easy,” he added. 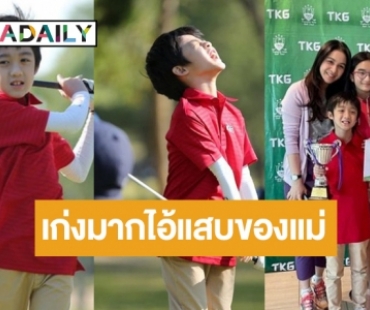