Nearly 480,000 people were affected by heavy rain in Guangdong, and the rainfall in Shaoguan, Qingyuan exceeded 1,000, breaking a record 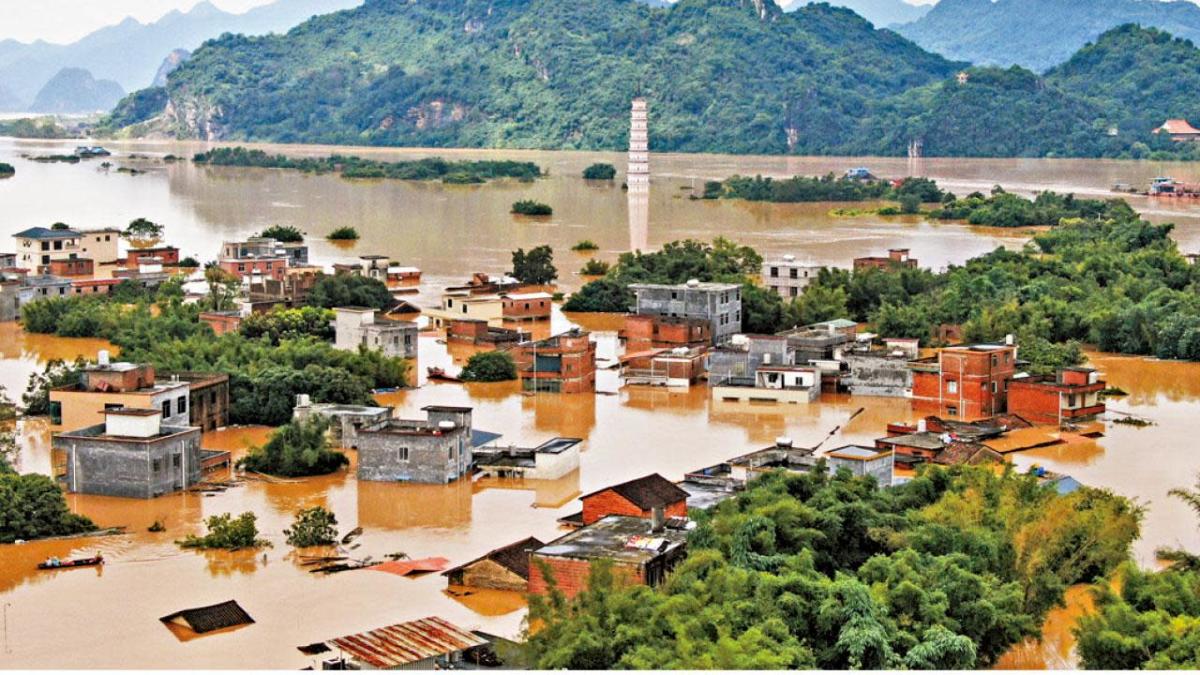 “Dragon boat water” fell wildly in the southern part of the mainland this year (May 21 to June 20), among which the dragon boat water in Guangdong fell for one more day. The average rainfall in the whole province was as high as 514.5 mm, the third most during the same period since meteorological records began. . Qingyuan, Shaoguan and other northern Guangdong counties and cities also recorded record-breaking rainfall and flood peaks. In some areas, floodwaters submerged the roofs of bungalows or flooded the second floors of buildings. Nearly 480,000 people in the province were affected, and the direct economic loss exceeded 1.7 billion yuan.

During the dragon boat flood, 18 districts and counties in Guangdong had accumulated rainfall that broke historical records, of which 4 exceeded 1,000 mm. Among them, Qingyuan Yingde ranked first with 1,280.5 mm, followed by Qujiang District of Shaoguan with 1,141.6 mm, Wengyuan County of Shaoguan with 1,129.6 mm and Qingyuan County with 1,141.6 mm. Fogang County 1,001.2 mm.

Continued torrential rains have affected the Pearl River Basin, with “once-in-a-50-year” floods in the Beijiang and Xijiang Rivers. Shaoguan suffered severe flooding on Sunday, with flood peaks crossing the border. According to reports, local reservoirs released floods, causing the downstream Yingde water to persist and even get deeper and deeper. , Many townships flooded on the 2nd or even 3rd floor, water and electricity were cut off, and supplies were in short supply.

Read Also  4 children to revive politics, set up a new party, Sontirat, talked about many groups

The water conservancy department pointed out that the water level of the flood peak at Beijiang Yingde Station reached a maximum of 36.1 meters yesterday, exceeding the warning line by 10.1 meters. Preliminary official statistics show that the disaster is the worst along the Lianjiang River, a tributary of the Yingde Beijiang River. About 400,000 people are affected, of which more than 30,000 people have been evacuated and have been properly resettled.