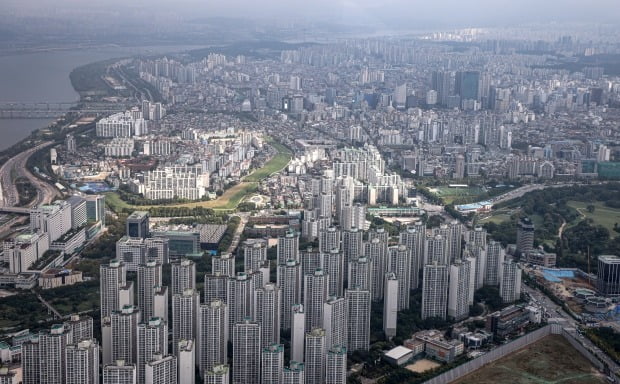 Apartment prices in Gangdong-gu, Seoul are struggling. The decline continues to such an extent that the term ‘Gangnam 4 districts’ (Gangnam, Seocho, Songpa, and Gangdong-gu) is irrelevant, with newly built apartments, which have led the rise in house prices for the past several years, to be traded at a price several hundred million won lower than the previous high.

According to the Korea Real Estate Agency on the 21st, apartment sales prices in Gangdong-gu fell 0.17% from this year to the 13th. Among the 10 districts in the Gangnam area of ​​Seoul, the drop was the third largest after Geumcheon-gu (-0.19%) and Gwanak-gu (-0.18%). In contrast, Gangnam-gu and Seocho-gu rose 0.32% and 0.57%, respectively, during the same period.

In Gangdong-gu, house prices jumped sharply as new apartment buildings, which were highly preferred by consumers during the Moon Jae-in administration, were built one after another. The sales price index compiled by the Korea Real Estate Agency increased by more than 30% in five years from 80.1 in May 2017 to 104.2 in May this year.

Kwon Il, head of the Real Estate Info research team, analyzed, “The decline in house prices is striking as the ‘tax-saving properties’ of multi-homeowners are piling up during the transfer tax and after the deferred measures were implemented.” According to real estate big data company Asil, the number of apartments for sale in Gangdong-gu stood at 3,046 as of the same day, up nearly 30% from the beginning of this year (2371). The real estate industry predicted that house prices in Gangdong-gu will continue to decline for the time being as the preference for ‘single house’ due to regulations on multi-homeowners is getting stronger.