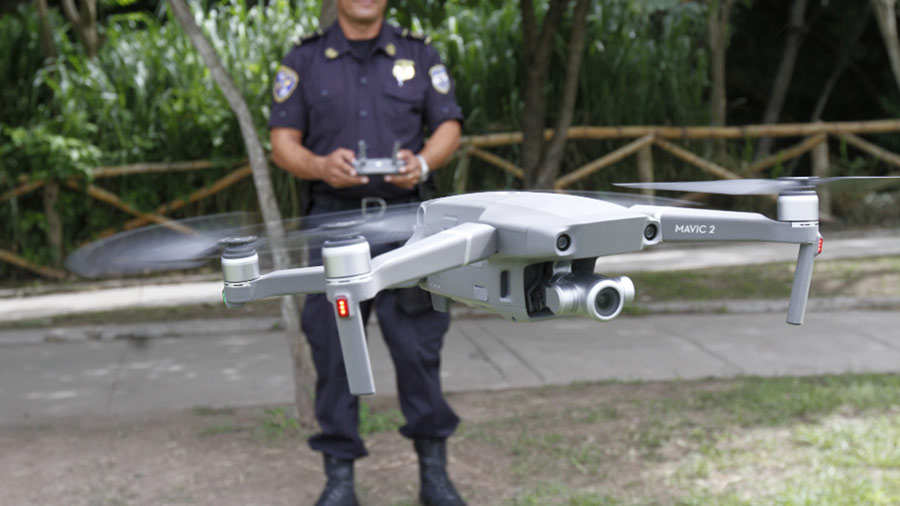 The Security Minister said in Congress that the drones will have the ability to react quickly and night vision to gang actions or any crime.

Legislators of the legislative commission of the Treasury asked for more information on the purchase of drones for security, contemplated in the investment of $ 109 million of the loan from the Central American Bank for Economic Integration (CABEI) for the financing of the Program of Modernization of Security Institutions, part of the Phase III of the Territorial Control Plan.

The Minister of Justice and Public Security, Rogelio Rivas, and the Minister of Defense, René Merino, presented to the commission the approach of the loan investment, which also includes the purchase of a helicopter and an ocean patrol vessel.

Rodrigo Ávila, ARENA deputy, asked for more information on the type of drones that he plans to acquire with funds of CABEI.

“There are drone drones, some for commercial use. The use of a drone by the Police or the Armed Forces is more extensive, and there are small drones that are for more punctual observation, ”Avila questioned.

He added that the presentation of the distribution of the loan funds talked about tactical drones and surveillance and search, and explained that a military tactical drone can cost between $ 2 and $ 3 million.

He presented the example of drones used in the streets of Los Angeles, California, or in New York, both locations in the United States, by the Police whose cost is around $ 800,000 for their particular characteristics. It is these differences for which he questioned the types of drones they hope to obtain with the loan.

Although it did not clarify exactly the type and value of what they seek to acquire, Minister Rivas said that “drones have the capacity to intervene those gang camps that allow us to measure the degree of lethality for us to influence these camps. The point is to take care of our members of the police corporation and the Armed Forces in the frontal attack. ”

He added that the objective is to avoid confrontations between gang members and security entities, to plan the actions and reaction capacity, where the drones will have the night vision capability to conduct searches without the criminals being prevented, to identify and capture them immediately.

The director of the National Civil Police (PNC), Mauricio Arriaza, mentioned that the loan will also be used to buy equipment for the agents, since in its current budget 84% is used in remuneration.

He added that the police reinforcement is $ 59 million, where $ 25.9 will be for surveillance cameras, in addition to developing a building that manages the operations center of the national video surveillance system, which operates in a building of the Traffic Division. He also spoke of $ 17.4 million for tactical equipment.

“Although you do not believe it, in the last three days of the year we needed about three million dollars to pay for the police feeding regime and extraordinary meetings were held and we went out,” Arriaza explained.

He added that loan approval is vital to the operation of the PNC. Of this funds, he said, they will also be investing $ 15.5 million in hospital modernization for security personnel.