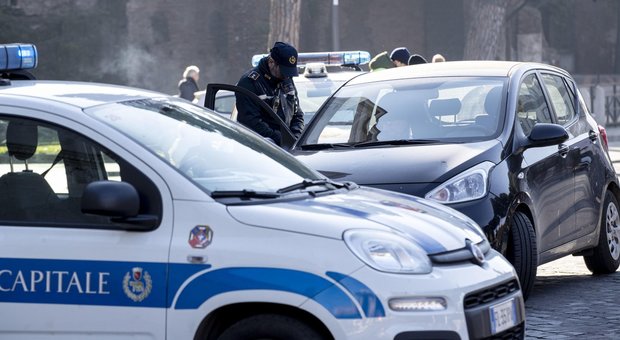 After a four day 3 – in – a – row block, to Rome today 700 thousand cars return to the street diesel. But the truce will not last long: another stop tomorrow, this time for almost all cars. There is the “ecological Sunday“, Already planned for some time and which, at this point, produces an alienating stop & go effect for motorists of theUrbe, staggered in the ridda of prohibitions. Interditions that, after the controversy, now the mayor Virginia Raggi is ready to review: the practice has already been entrusted to the Municipal Environment Department.

Smog, the Medical Association: «It is fundamental to collect the leaves, where the fine dust settles»

Pollution warning in Rome. Limits exceeded in 11 stations out of 13

Yesterday evening, just before 19, with an eye to the weather that signaled rain from the early hours of today, the Capitol decided not to drag the stop of diesel cars further, an interdiction that kept the engines off even to the cars diesel Euro 6, that is, the machines just picked up by the dealer. A useless move, to look at the data of the control units that detect daily the levels of fine dust in the air. Levels that during the bans, like a hoax, grew more and more every day: on Monday, when the diesel blockade was still not triggered, there were overruns of the legal limits in 8 control units out of 13. The next day the maxi started -stop and, ready-to-go, it has risen to 9 overruns. Same data on Wednesday, with the values ​​of the various neighborhoods getting worse. Yesterday, ARPA, the regional agency for environmental protection, communicated the latest available data, which concern Thursday.

THE WORST
Decreasing pollution? Not at all, even worse: 11 out of 13 control units have bypassed the law, which imposes a maximum of 50 micrograms of fine dust (the so-called pm10) per cubic meter. This limit is widely exceeded in almost all areas of the city, from Prenestino (64) to Corso Francia (59), from Tiburtina (82) to the area around the Vatican (59).

Despite this umpteenth deterioration, the Municipality yesterday announced that ARPA’s forecasts “on air quality in Rome indicate a progressive improvement in the next 72 hours”. It is certainly not about the block, but about the weather. In short, the rain that should clean up the roads that Ama, the municipal environmental subsidiary, cannot sweep properly, also because many employees, with the waste crisis, have been “diverted” to collect the garbage. For now, we are relying on downpours, even if, as Cinzia Perrino, director of the Cnr Air Pollution Institute Director, pointed out, to really reduce smog, actions planned for years would be needed, starting with the strengthening of public transport, which reduces the number of cars in circulation.

REVISION
For now, the Capitol is preparing to review the anti-smog bans. In particular, the emergency measures, which are noted in the Municipality’s Operational Intervention Plan. We will move in the wake of the Air Quality Restoration Plan, an act that belongs to the Region and which, Mayor Virginia Raggi recalled yesterday, is “being updated”. In Campidoglio the experts of the “Waste and Pollution” Department of the Environment Department are working on the practice. The blockade to Euro 6 Diesel cars, which is triggered today “if the critical pollution conditions persist for several days”, is now in doubt. The Capitol will make an evaluation “together with the Harp”. In any case, the blockade should be remodeled: most likely, according to the technicians, after the revision the bans will also affect Euro 3 petrol cars, about 160 thousand vehicles in Rome that have circulated freely these days. A type of car that, as Unrae (National Union of Foreign Vehicle Representatives) pointed out, produces “twice the emissions of nitrogen oxides compared to Euro 6 diesels”.

The Order of Doctors and Dentists of Rome also intervened on the diesel block yesterday. For President Antonio Magi “it is essential to collect the leaves as soon as possible”, also because as many experts have already pointed out “fine particles are deposited on them”, underlines the Order of doctors. As for the prohibitions signed by Raggi, the president of the white coats, he comments: “I would have blocked the polluting cars and not the eco-diesel engines”.