The incident occurred at the entrance of the apartment building in Kılıçarslan District of the central Selçuklu district on August 15 last year. Deniz E., who was a guide teacher in elementary school, allegedly complained about herself on the grounds that she had made a noise, and her daughter Negra’s daughter, Büşra Ç. encountered at the door. Deniz E. stood on Büşra Ç. “What are you doing?” Deniz E., who got angry when he said, attacked Büşra Ç. Deniz E., who kept Büşra Ç on the ground and continued to shoot, then left the building and shouted ‘Imdat’. Thereupon Deniz E.’s wife came to the scene with a stick in her hand, and Büşra Ç. and attacked his family. These moments were reflected on the security cameras of the apartment.

“HOW DOES THIS WOMEN TEACH?”

Upon notice, police teams were dispatched to the scene. Büşra Ç., Who received a assault report from the hospital, complained of Deniz E. Deniz E., who was taken to the police station, was released after his statement. Explaining the moment of the attack, Büşra Ç. Said, “My father gave me something and I was entering the building to go home. At that moment, the teacher Deniz E., who was sitting upstairs, came out and shoved at me. I was like,” What are you doing? ” I said, then he started attacking me. I didn’t know what to do. He dropped me to the ground and continued to hit. Then he shouted ‘Emergency’ and soon his wife came with a stick in his hand. He started attacking us. We were making noise, we complained about him before. How can such a person teach? Are children entrusted to such a person? ” he spoke.

Deniz E., who did not accept the charges against him in his statement at the police, said:

“At 12.30, at the entrance of the apartment door where my residence was located, I encountered a person named Busra, whom I had previously complained about threats and insults. Büşra shouted at me while I passed by, I pushed me to push Büşra away from myself. Afterwards, Busra started plucking my hair and arms. I tried to prevent him. Meanwhile, he was constantly insulting me. He called his mother, shouting. I escaped from there, and took refuge in the security lodge on the site. Then I asked for help by calling the police, my wife and my brother. Büşra came to us with her mother and father. They tried to provoke my wife with swearing and insults. My wife showed them to scare the stick she found around. My wife did not hit anyone with a stick. I complain about “he said.

While the investigation was being completed, an indictment was filed against Deniz E. by the public prosecutor for ‘intentional injury and threat’ crimes. Deniz E. was asked up to 2 years in prison. In the indictment, it was stated that the suspect Deniz E. had injured Büşra Ç by throwing her wallet and keys in her hand, and also battered her, saying that “I will show you more” and committed deliberate injuries and threats. In addition, the spouse of Deniz E., Kurtuluş E. (43), who is suspicious in the scope of the file, is the striker Büşra Ç. Ayşe Ç. and while Recep Ç. was walking towards him, the suspect attempted to intentionally injure the suspect Kurtuluş E. against the companions that he was prevented by the people around him from the stick and was threatened and moved with the words ‘I will drink your blood’. He was asked to be punished, stating that there was a sufficient suspicion of suspicion that he committed the crimes of ‘threats and insults’. an actively wanted man after posting threats on Facebook! 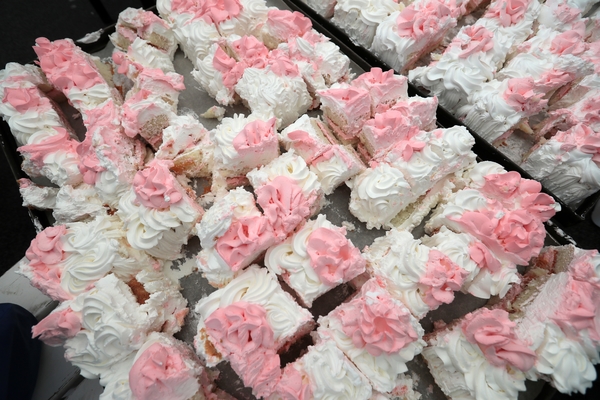 The Russians were given tips on choosing cakes: Society: Russia: Lenta.ru