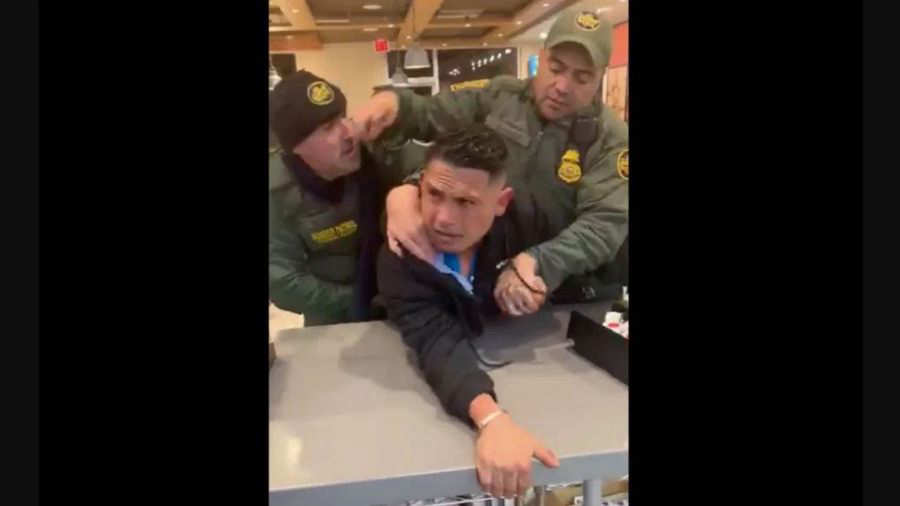 Two United States Border Patrol agents they starred in the dramatic arrest of a man in which the struggle and use of an electric gun was combined.

Through a video shared on social networks, it is observed how agents struggle with the man to arrest him inside a fast-food restaurant in El Paso, Texas, while he asks for an explanation without succeeding.

The establishment is located at the intersection of El Paso Street and Paisano, in the center of the city.

The person seen in the video he pleads and claims that he did nothing, while two agents want to handcuff him and ask him to throw himself on the ground.

“I didn’t do anything,” the man is heard screaming in despair and resisting Border Patrol agents arrest him.

The man clung to the counter and asked the Border Patrol agents desperately why they wanted to take him, “help me please,” the man asked those who were there.

Prior to the arrest, Border Patrol agents used an electric gun, and the discharge forced the man to lie on the ground

This video was recorded by a woman who works in the establishment, in addition, asked the agents to release him and leave the place.

According to the website of the American Civil Liberties Union, it was said that: “In general, immigration officers cannot detain someone without reasonable suspicion.”

“An agent must have specific information about you that makes it reasonable to believe that you are committing or committing a violation of immigration law or federal law,” reads the website.

“If an agent stops you, you can ask for your basis for reasonable suspicion, and you must tell them.”

Before the events a spokesman of the Border Patrol said that a communiqué would be published on what happened.