Top Posts
As the video went viral, the controversial official’s...
[International Swimming League]He Shibei breaks the 200th Asian...
‘Ji Hee-jung’ Jang Ki-yong “Let’s love Ha Young-eun”...
Thai Watsadu continues to turn the Thai economy...
The train crashed and the elephants leaned over;...
Covid 19 Variant: Exemption for expatriates from entry...
The atmosphere of Chunichi is “insanely good” Fans...
【Ping Pong World Championships】Mixed doubles port generals have...
BTS military exemption virtually canceled… Then Hive’s stock...
Did you get a discount on Bitcoin as...
Home World “No, you have to do a nucleic acid test first!” One person can save a city | Blog Post
World

“No, you have to do a nucleic acid test first!” One person can save a city | Blog Post

“He saved a city by himself!”

October 21st was the third day that Dong Wenjun, a Ningxia tour group chartered driver, was quarantined at a hotel in Wuzhong City. After arriving in Wuzhong City on the afternoon of October 18th, Dong Wenjun insisted on taking 10 Zhejiang tourists who had just visited Ejina Banner and had been infected with the new crown virus to go for nucleic acid testing before going to dinner. With extremely high alertness and sense of responsibility, the greatest This reduced the risk of the spread of the epidemic in Wuzhong City and Ningxia.

“He saved a city!”-Ning Xiabao reported Dong Wenjun’s actions with such a headline. At this moment, he seems to have become the hero of the city of Wu Zhong.

Since October 18, Dong Wenjun, who has become a “close contact,” has so far undergone 9 nucleic acid tests, all of which are negative. Over the phone, he told reporters from Beijing Daily about this rather thrilling trip to Ejina Banner.

Dong Wenjun, 46, is a native of Yinchuan. He is a chartered car driver for Ningxia International Travel Service Co., Ltd. Since 2008, he has been engaged in the tourism industry, and as a driver and tour guide, he has taken countless tour groups from the south to the north. Nine days ago, on October 12, he drove a 17-seater van to pick up a 10-person Zhejiang tour group from Yinchuan Hedong Airport, and led them to start the 8-day Ningxia-Gansu-Inner Mongolia Ejina Banner trip.

After visiting scenic spots such as Ningxia Shahu Lake and Helan Mountain Rock Paintings, the tour group went to Ejina Banner in Inner Mongolia on October 14. It was on the afternoon of the 15th that these tourists chose Ejina Qida to dine at Tongnan Pavilion Restaurant in Hubu Town through the recommendation website. Five staff members and 14 non-local customers of this restaurant have been diagnosed in this round of the epidemic. 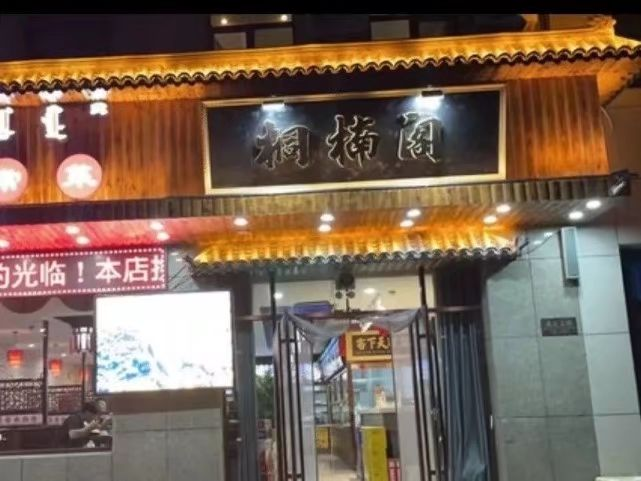 “I ate separately from the guests along the way. I also learned that they had eaten in this restaurant after Wu Zhong was isolated.” Dong Wenjun told reporters that when they left Ejina Banner on October 16, the local area had already begun to take food. Containment measures.

How did Dong Wenjun “save a city”? According to his account, from the time he left Ejina, the three itinerary changes proposed by him became the key.

According to the planned itinerary, the next stop of Ejina Banner is Danxia Geopark in Zhangye, Gansu. Along the way, although he has to drive and assume the role of a tour guide to introduce and explain to tourists, Dong Wenjun still pays attention to the dynamics of the epidemic through social media during the time when tourists go to play. “Zhangye Colorful Danxia is a popular scenic spot in the surrounding area in recent years, and guests want to go. But Zhangye also issued an epidemic warning at the time, and I saw that the old Shanghai couple who was diagnosed at the beginning also stayed in Ejin for three days. It is temporarily proposed to change the route to the Badain Jaran Desert in Wuwei.”

The itinerary has been determined. If the plan is suddenly changed, you may face complaints and demand compensation. Dong Wenjun said that the ten eldest sisters discussed in the car for nearly an hour before they finally reached an agreement. Following Dong Wenjun’s suggestion to change the route, they gave up visiting Zhangye Colorful Danxia and decided to go to the Badain Jaran Desert in Wuwei. This is the first critical itinerary change in the entire journey.

The tourists were originally scheduled to take the flight back to Zhejiang on October 20, but they had to advance because of the sudden outbreak. When the group returned to Ningxia, Dong Wenjun proposed to change the itinerary for the second time: instead of returning directly to Yinchuan, let the guests go to Wuzhong and prepare to take the high-speed rail back to Zhejiang.

What is the reason for this? Dong Wenjun said: “Yinchuan is more densely populated, and Wuzhong is relatively small. Once there is a problem, the risk of transmission is also smaller.”

There is a saying in Ningxia that “plays in Zhongwei and eats in Wu Zhong.” It is a rare trip to the Northwest, and Zhejiang guests readily agree. After arriving in Wuzhong on the afternoon of the 18th, the guests proposed to go to a well-known local restaurant to eat hand-caught lamb according to their homework done in advance. At this time, Dong Wenjun made the third and most important suggestion.

At 5:10 pm on October 18, he took 10 guests to Wuzhong City People’s Hospital for a nucleic acid test, and then went to the high-speed rail station to buy a ticket for returning to Zhejiang the next morning. Dong Wenjun once again sincerely discouraged the guests from going to the city to have a big meal. He specially booked a relatively secluded hotel and asked everyone to dine downstairs, and he repeatedly told him not to go out at night. The guests also cooperated with Dong Wenjun’s prudent arrangements.

If it weren’t for Dong Wenjun’s insistence on letting everyone go for nucleic acid testing as soon as they arrived in Wuzhong, the tourists who have been infected might go directly to the crowded downtown area and dine in the old-fashioned restaurants in the city…the consequences would be disastrous.

To the compliments of the media and citizens, Dong Wenjun was very humble. He felt that he had just done what he should do. In fact, when the epidemic spread in the central and eastern provinces this summer, Dong Wenjun, who was leading the group, proposed to the tourists to stop the itinerary early. As a result, the originally planned 5-day group only lasted 2 days. This time, his vigilance and meticulousness have made important contributions to the prevention and control of the epidemic in Wuzhong City and Ningxia.