Ocean Promotion Corporation “HMM has been saved, so we will focus on supporting small and medium-sized shipping companies” 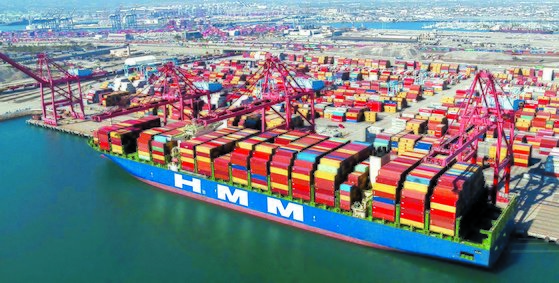 After Hanjin Shipping went bankrupt, the Korea Maritime Promotion Corporation, launched to overcome the crisis in the domestic shipping industry, is accelerating its structural improvement by strengthening support for mid-sized and small shipping companies. Korea Maritime Promotion Corporation, under the Ministry of Oceans and Fisheries, was established in July 2018 to help domestic shipping companies suffering from difficulties after the bankruptcy of Hanjin Shipping, and to support the introduction of stable eco-friendly ships.

The Korea Maritime Promotion Corporation announced on the 30th, “Amid the stabilization of HMM (formerly Hyundai Merchant Marine), work to diversify business fields such as preparing financial programs for mid-sized and small-sized shipping companies and broadening the scope of support is paying off.” After the establishment of the Korea Maritime Promotion Corporation, it is analyzed that the change in business direction is showing results in response to the criticism that “it is not focusing too much on supporting some shipping companies such as HMM”.

An official from the construction company said, “HMM turned to black in 2020 thanks to improvements in cost structure, etc. As such, we are diversifying our business to strengthen support for small and medium-sized shipping companies.”

In March, the organization was reorganized and the RM (Relationship Manager) system, which operates a team dedicated to supporting small and medium-sized shipping companies, was established. The A to Z team has been providing financial consultation, contract support, and follow-up management, including ship and shipping financial support, since its pilot introduction in March of last year. “As customer satisfaction in the financial support business increased last year due to the operation of a dedicated team, we formally reorganized the organization this year,” said a company official.

Spurs support for eco-friendly ships in the Corona situation

Eco-friendly ship support projects are also accelerating. After the International Maritime Organization (IMO) strengthened the limit of sulfur content in ship oil from the previous 3.5% to 0.5% in January 2020, a number of shipping companies, which were under pressure to change ships, took their breath away with the support of the Korea Maritime Promotion Corporation. As of the end of last year, Korea Maritime Promotion Corporation provided 34 eco-friendly ships (18 shipping companies with 65.5 billion won) and 221 eco-friendly facilities improvement special guarantees (36 shipping companies with 488.8 billion won).

An official from Company B, a mid-sized shipping company, said, “In the process of introducing five eco-friendly new ships, we received a subsidy of 2-5% of the ship price. Through this, we were able to secure financial soundness,” he said.

Poll pointed out that Thai sports fans are alert for the battle of red boiling on July 12, saying they would like to hit Ronaldo’s shoulder the most.
Posted onJuly 3, 2022July 3, 2022