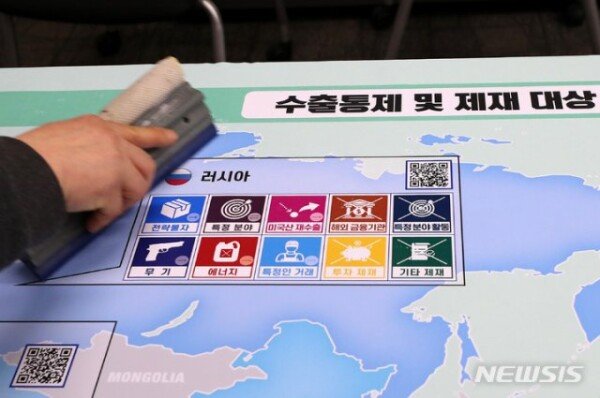 The Ministry of Trade, Industry and Energy announced on the 27th that it had held a meeting related to export control to Russia and Belarus and checked the industry’s response trends and difficulties.

The meeting was held about one month after export controls on 57 non-strategic goods were enforced.

The Ministry of Trade, Industry and Energy confirmed that the new export control measures were settled on the trade site without any confusion and sought ways to improve them.

The Ministry of Trade, Industry and Energy has provided information on domestic and foreign export control regulations and procedures through several briefing sessions and distribution of 57 non-strategic material situation permit guidelines.

According to the Ministry of Trade, Industry and Energy, the number of applications for expert judgment on 57 items has been about 800 since March 26, when the export control of non-strategic goods was implemented in earnest.

Of these, only a few were actually applied for export licenses, suggesting that domestic companies are refraining from exporting as much as possible.

The meeting was attended by organizations from major industries such as electronics, shipbuilding, and automobiles, along with the Strategic Material Management Agency and KOTRA.

“As Korea is actively participating in economic sanctions against Russia as a responsible member of the international community, I hope that companies will follow suit,” said Yeo Han-gu, head of the Trade and Negotiation Headquarters. I will work hard for it,” he said.

Read Also  Lee Dong-geol, a friend of the departed, criticizes the conservative government's intentions... Should have promoted the reorganization of the shipbuilding industry