Painter Yoon Yeo-jung’s portrait, “Would you like to draw your wrinkles?

“The portrait spell was’Draw ugly, draw old stuff with wrinkles.’ (Laughter) I thought it was cool, but since the first meeting, there was no such thing. It is a very memorable work even as a painter.”

Drawing 5 actors commissioned by Kukje Gallery in 2017
“Cool and straightforward at the first meeting of Yoon Yeo-jung… attractive”
When I saw the work, “I drew it my way, good.”

This is a retrospective of writer Moon Seong-sik (41), who painted portraits of five actresses including Yoon Yeo-jung at the request of the fashion magazine’Bazaar’ in 2017. In 2005, he participated in the exhibition of the Korean Pavilion at the Venice Biennale as the youngest artist in the art world as a’landscape painter who captures ordinary daily life in fine detail’. In particular, when Yoon Yeo-jeong, whom he wanted to meet, won the first Academy Award for Best Supporting Actress in the movie’Minari’ on the 25th (local time), Moon became a’painter who painted an Oscar winner’. He said, “A wonderful person, the awards were also cool. I am also lucky and honored,” he said in a telephone interview on the 27th.

How did you draw a portrait?

“It was a work promoted jointly by Kukje Gallery and a magazine company. I gave a candidate because I asked for people who felt charm and came up with inspiration as a writer. In particular, Yun Yeo-jung wanted everyone, and I also like to draw older people. Somehow young people have a request… (laugh)”

How was Yun Yeo-jeong as a subject?

“He is a straightforward person without decorating. It was like,’I’m getting old, but I’m going to draw it as it is’. My mind was relieved that I can draw it according to my interpretation. My usual expression is very cynical, but it was the same when I met him. I was busy, so I couldn’t keep sitting and drawing, so I took a picture, but rather than taking an artificial pose, it was like’Oh, stop taking’ (laughs).”

The portraits of five actors drawn by Moon Sung-sik in collaboration with the magazine’Bazaar’ and Kukje Gallery in 2017. From the left, Sujeong Lim, Eunchae Jung, Woohee Chun, Okbin Kim, and Yeojung Yoon. These are works with numbers 1-5 attached to the title of 〈Flowers and Women〉. 2017 Acrylic on canvas, 65 x 46 cm, Courtesy of the artist and Kukje Gallery, Photo: Ohyeol Kwon, Image courtesy of Kukje Gallery

According to Moon, the work proceeded in two stages. On the day he met Yeo-jung Yoon, he drew about 10 drawings (Esquis) that he sketched on the spot, and the actual portrait work was conducted based on photo shoots in addition to this drawing. He linked specific flowers to each actor and drew them in the background, and Yeo-jung Yoon is a variety called’German Iris’ (German iris). In the work titled’Flowers and Women 5′, Yoon Yeo-jung is elongated like a woman in a portrait painting of Modigliani against the background of elongated flowers. The naturally wavy gray perm hair, the slightly twisted posture, and the fat expression look like Yoon Yeo-jeong.

“I wanted the elegant and grotesque flowers to go well with Yoon Yeo-jeong. It wasn’t my typical style of drawing people, but I distorted the neck and arm length and caught a fat expression. Personally, I think I drew the most resemblance out of the five (laughs).”

When I saw the finished portrait a month later, Yoon Yeo-jung’s first reaction was, “You don’t resemble me very much.” He said, “I heard that writer Sung-Sik Moon does not draw the same. He added, “It’s nice to be a painter in his own way.” Regarding the portrait experience, he said, “There’s not much to be wondered about at my age. Just because I’m a subject and I’m a professional, I wanted to help him complete his mission.” Moon said that one of the best drawings he drew before was decorated with a frame and presented to Yun Yeo-jung. 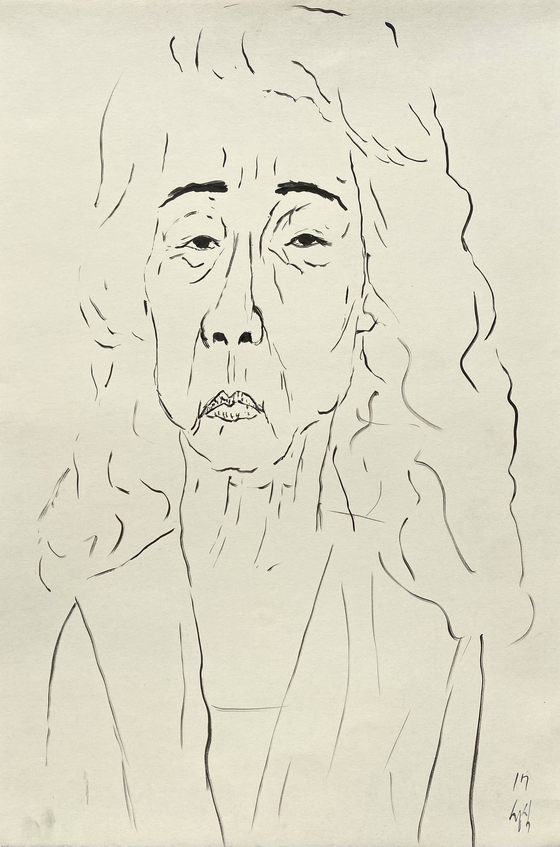 Of the five actresses’ portraits, only Yoon Yeo-jung has been sold so far. That year, Yunsoo Jeon, the head of the Chinese Art Research Institute, who bought and owns works at the Busan Art Fair International Gallery said in a phone call with a reporter, “I always enjoyed being a faithful actor, and among the portraits, I bought his work because it was the most natural.”

Moon said, “I would like to congratulate you on the award of Mr. Yoon Yeo-jung,” and expressed a desire to paint a portrait again if there is an opportunity.

“In fact, I was very impressed with the burning of an e-cigarette at the scene that day, but I couldn’t draw it because it was a portrait to be published in a magazine. If I have a chance, I want to capture that image. The appearance of a gray-haired grandmother smoking a cigarette regardless of her surroundings, it was very attractive.” 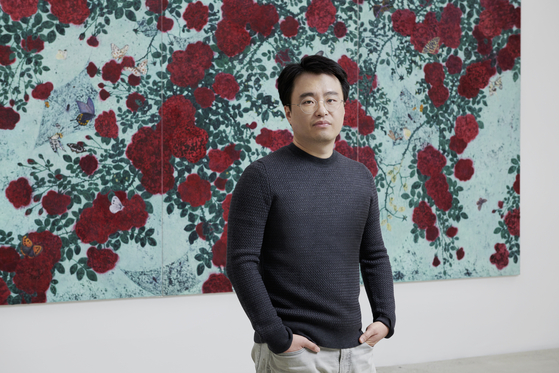 Compare HUAWEI Band 6, Honor Band 6 and Xiaomi Mi Band 6, which one is better?