“Empty, shilling, rude diplomacy … the diplomatic line should be fired”

Minjoo Party floor leader Park Hong-geun said, “The purpose of summit diplomacy is also strategy,” referring to the ’30-minute meeting’ between President Yun Seok-yeol and Japanese Prime Minister Fumio Kishida in New York on the 22nd, and the ’48 second conversation’ between President Yoon and US President Joe Biden “We must take responsibility for the scandalous international diplomatic disaster that has no successes in the states,” he said.

At the policy coordination meeting on the same day, floor leader Park said, “The president himself has only downgraded the dignity of the working-level diplomatic line, which failed to respond in advance and coordinate after the fact.”

Regarding the meeting with Prime Minister Kishida, floor leader Park said, “The process and the outcome were disgraceful.

The Korea-Japan summit, which they said they were willing to agree to, was nothing more than a meeting that did not even finalize a specific agenda.

“There has been no progress on issues in the past, such as forced labour,” he said.

Regarding the conversation with President Joe Biden, he said, “I don’t want to believe that the short conversation I had with President Biden while standing for 48 seconds in the conference hall was the end of the summit. “I am very concerned that we have not been able to resolve any economic issues,” he said.

“After empty-handed diplomacy and rude diplomacy, President Yoon’s rude diplomacy has greatly tarnished the dignity of the Republic of Korea,” he said. “, he noted.

On the same day, the camera caught President Yoon walking out of the 7th party financial pledge meeting room for the Global Fund and telling people around him, including Foreign Affairs Minister Park Jin, “If not these XXs will approve in the National Assembly, what will happen to Biden?” was mentioned

In this comment, ‘congress’ appears to refer to the US Congress.

He continued, “I can only criticize on behalf of the people that there has been an international scandal and a diplomatic disaster.” “We need to fire it up and re-establish a diplomatic strategy,” he said.

Regarding the Korea-Japan summit, he said, “I watched the process in the hope that it would lead to results, but it’s really humiliating. Would you?” he said.

He also said, “Who can’t say that Korea-Japan relations need to be improved? The problem is that you have to be qualified.” He added, “I want to say that meeting itself is not something to brag about as if it was able elementary school student.” 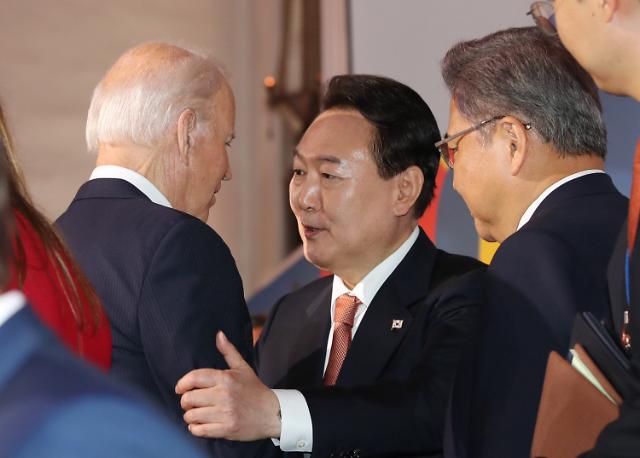