Park Kyung-mi’s new spokesman, “I will hear and deliver a lot of thoughts of the people”

The new Blue House spokesman Park Gyeong-mi is entering the grand briefing room of the Blue House Chunchu Hall to give a greeting on the 18th. yunhap news

On the 18th, the new Blue House spokesman Park Gyeong-mi said, “I will work hard to bridge the role for open communication between the President, the Blue House, the public, and the media.”

Spokesman Park visited Chun-Chu-gwan this afternoon and said, “The spokesperson is called’spokesperson’ in English. When it comes to’Spox Person’, the focus is on that the spokesperson speaks the opinions and thoughts of the President and the Blue House. “In addition, as a listener, a listener who listens and communicates a lot of the thoughts of journalists and the people. I will also fulfill my role.”

Spokesman Park added, “As this is my first start as a spokesman for the Blue House, I would like to ask for a lot of advice and suggestions in the future.”

In the April 15 general election last year, he ran for re-election in Seocho-eul, Seoul, but was defeated, and he was selected as the Blue House Education Secretary in May of the same year after his term as a member of the 20th National Assembly ended to assist President Moon Jae-in. At the Democratic Party, he served as the party spokesman and the in-house spokesman.

The Blue House said, “Based on a deep understanding of government policy and ability to communicate, we expect to be able to play a role of bridging the Blue House, the people, and the media.”

Meanwhile, former spokesman Kang Min-seok said in his resignation on the 16th, “I tried my best to represent the President’s heart, but there was a lot lacking.” 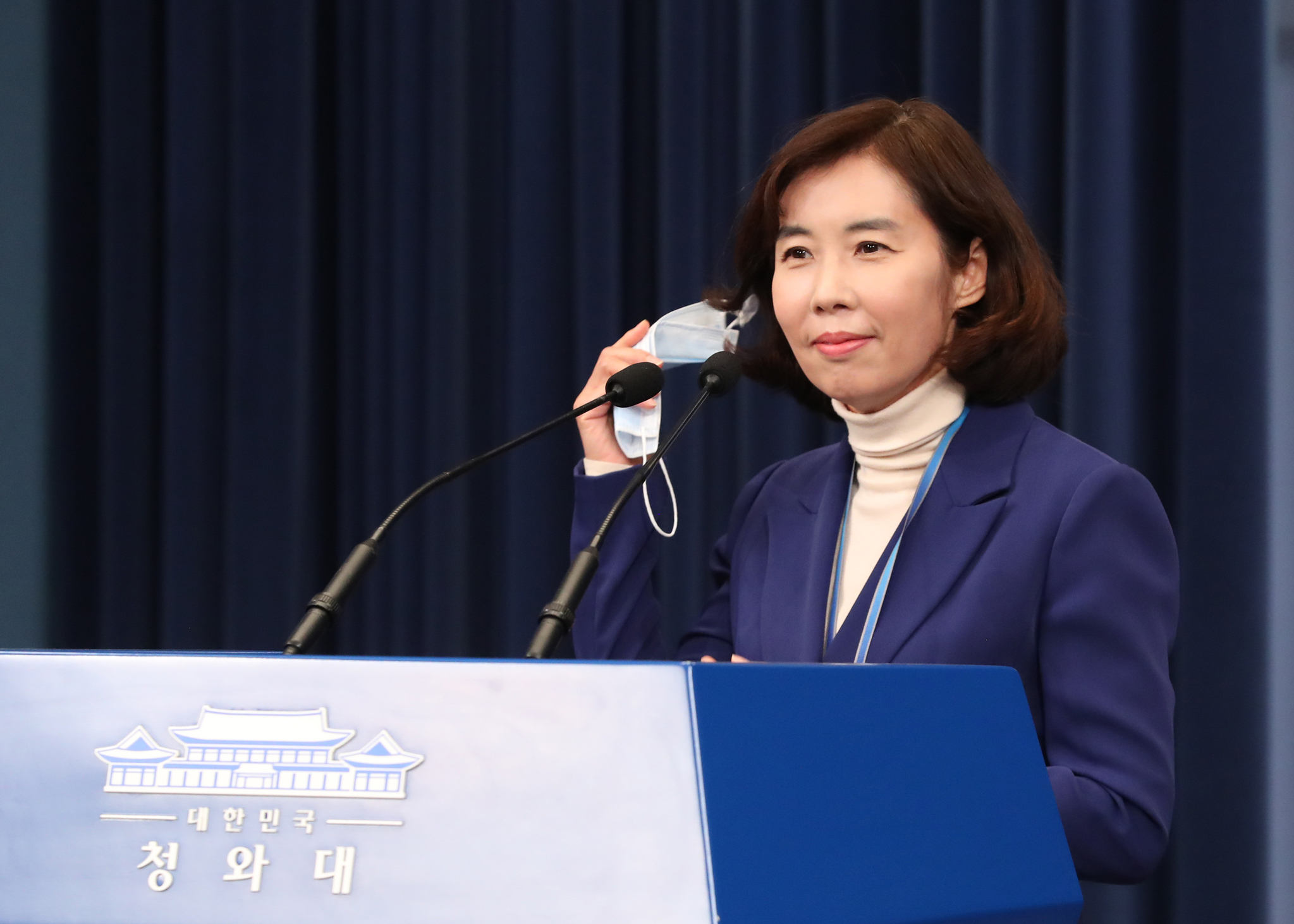 The new Blue House spokesman Park Kyung-mi is taking off his mask before greeting in the briefing room at the Spring House Hall of the Blue House on the 18th. Blue House Photo Reporters

Bitcoin Fall Now Is It Time to Buy? Focus on Hash Rate and SOPR Indicators | Cointelegraph