[스포츠서울 | 이웅희기자] All the stories of ‘People who look like you’ of Go Hyun-jung have come to an end. Go Hyun-jung’s comeback work after two years has achieved the beauty of a kind with a heartbreaking ending.

The JTBC Wednesday-Thursday drama ‘People like you’ (played by Bora Yoo / directed by Im Hyun-wook, produced by Celltrion Entertainment, JTBC Studio), which showed the essence of high-quality mystery drama, ended the long journey with the 16th episode aired on December 2nd. ‘Person who resembles you’ captivated the room with a story that repeats twists and turns every week. Go Hyun-jung, who played the role of Jeong Hee-joo in the play, decorated the final scene of the last episode and said goodbye to viewers with a lingering ending.

The story of Jung Hee-joo and Seo Woo-jae (Kim Jae-young), which seemed like a storm, ended in a ‘tragic’ in the end. Seo Woo-jae, who drove Jeong Hee-joo to the brink due to his wrong obsession, eventually met the end of death. It was Jeong Hee-joo’s daughter Lisa (Kim Soo-an) who stabbed Seo Woo-jae in the head, but Jeong Hee-joo disposed of Seo Woo-jae’s body instead of Lisa and reassured her daughter.

Jung Hee-joo, who had a career as a painter and essay writer, and a loving husband and economic power that was not lacking. Hee-joo Jeong, who worked hard to protect the life she had always dreamed of, lost everything due to the past that held her back. He chose to leave everyone’s side without telling his family and giving up his career and job.

It was a fierce ‘person like you’ throughout episode 16, but for the last moment, it flowed calmly from the gaze of ‘Jeong Hee-joo’. At the end of the play, Jeong Hee-joo returned to the life of a caregiver and looked back on her splendid past. While watching the poster for the personal exhibition of Goo Hae-won (Shin Hyun-bin), who pushed him into misery, the sad appearance of Jeong Hee-joo, as if it had nothing to do with him, was deeply saddened.

The presence of Go Hyun-jung, who was responsible for most of the ending of the play, also shined in the last episode. In the last scene of the day, Hee-Joo Jeong went back to the reservoir he had been going to whenever he was having a hard time. He finished the whole story with an incomprehensible expression as if he was crying as if smiling as he looked at the pictures of his family members who are living a happy life without him. Go Hyun-jung left a deep impression on the viewers who shared the 16th episode with a sadder and lonely ending than ever before.

‘People Like You’ was highly anticipated as Go Hyun-jung’s return to the small screen after two years. Go Hyun-jung lived up to the expectations of the public who waited for her by going back and forth through the emotional lines of ‘Jung Hee-joo’ in every episode. ‘People Like You’ has come to an end, but the dazzling performances of ‘Queen’ Hyeon-Jeong Ko, who led the play from the very center, will remain in the hearts of viewers for a long time.
iaspire@sportsseoul.com
photo courtesy of | JTBC ‘People who look like you’ 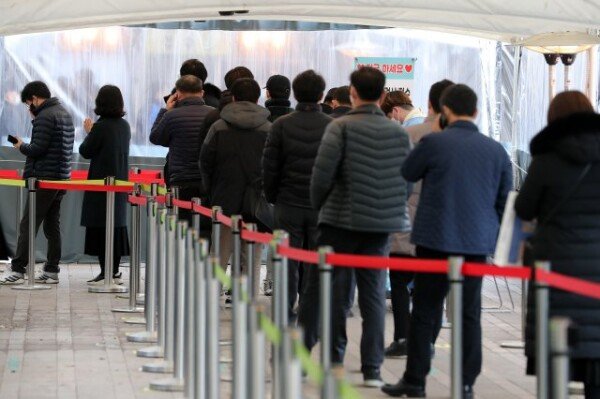