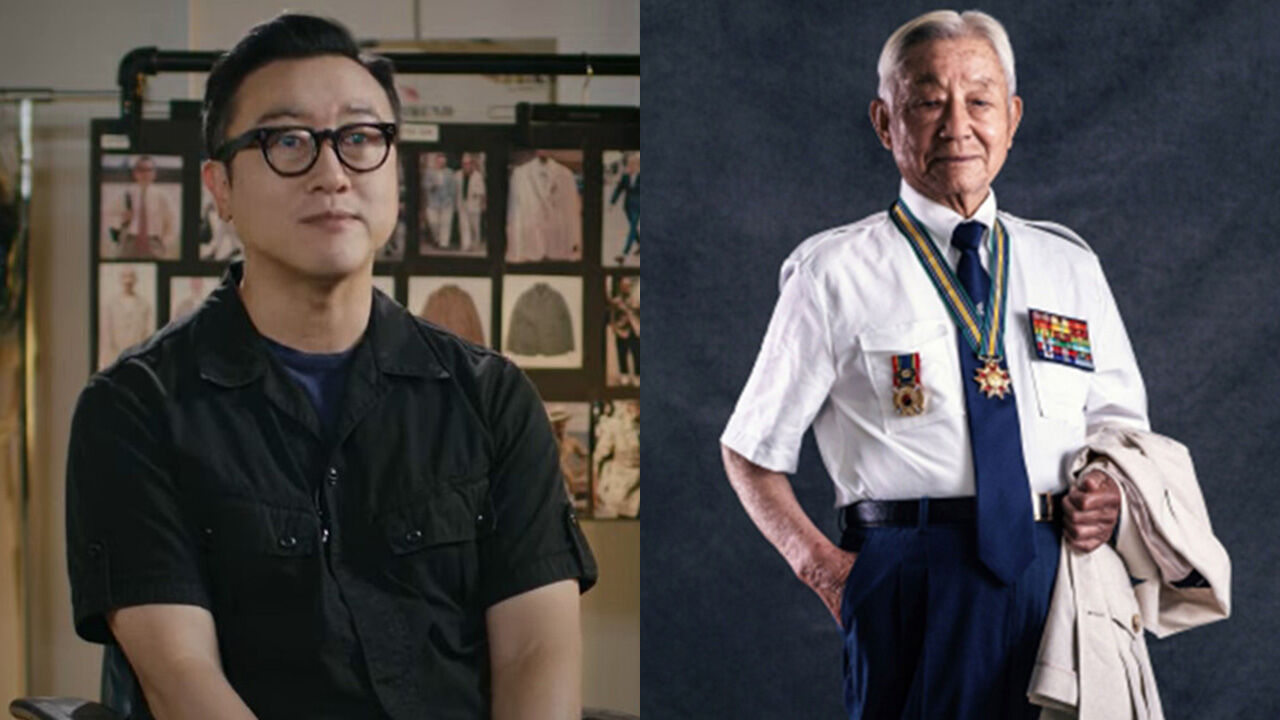 “What I felt while making the uniforms for the Korean War veterans was a ‘journey’ in a nutshell. Because of the sacrifice, I immediately thought that we are not where we are today, so one side of my heart was very warm and touched.”

In the interview, CEO Kim captured the motivation behind his participation in the project ‘Uniform Heroes’ planned by the Ministry of Patriots and Veterans Affairs, the meaning of the uniform design, and the emotions and behind-the-scenes stories he felt while meeting the veterans in person.

“The vest worn by veterans in the war was not enough to contain the spirit of sacrifice.”

In the making film published on the YouTube account of the Ministry of Patriots and Veterans Affairs, CEO Kim said that he got to participate in the ‘Heroes in Uniform’ project by a very accidental opportunity.

After he decided to participate in the project, the most important thing to think about was ‘how can I best represent the veterans?’

“Because the vests that veterans wore as summer clothes were made based on the ‘work vest’ worn while working rather than a uniform, I thought that it was insufficient to contain the meaning of their history or the spirit of sacrifice. I thought the most important part was how to best express the hero.”

It is said that a new challenge was needed in terms of style as the veterans were old.

Read Also  President Yoon Seok-yeol responds to the abolition of regulations on investment of 1,000 trillion won

CEO Kim designed the jacket based on a more fashionable safari jacket that is classic but different from military uniforms, and chose linen material to express a light and natural beauty.

In addition, pockets and epaulets are designed so that decorations and badges can be reflected on the summer shirt.

CEO Kim’s meticulous attention to detail also stood out in his tie.

The solid navy tie was carefully designed to give a symbol of national merit and embroidered the symbol of the Korean War Veterans Association, so that when the other person looks at the tie, it gives as much symbolism as a medal or a badge.

In one word, CEO Kim said what he felt while making the uniform, a ‘journey’.

“At first, I didn’t know the meaning of this ‘Heroes in Uniform’ project, but while working on this project, I came to know the life journey and sacrifice of the veterans since the Korean War, and how important their decisions were. Because of their sacrifice, I immediately thought that we are not where we are today, and one side of my heart was very warm and touched.”

Team leader Choi said in an interview that developed countries have a culture of veterans that first respects those who sacrificed themselves in their communities. Although this project is a small attempt, it is intended to change the perception of Koreans when they look at the veterans. It is said that the uniform has been redesigned.

He also asked the people to send warm interest and support to those of merit.

“I think it is very important for our people to give even a simple message of gratitude to the people of national merit or uniformed people around us. .”

The ‘Hero’s Uniform’ was created by the Ministry of Patriots and Veterans Affairs and top experts in each field in Korea.

When the news that the national heroes who defended the country 72 years ago took off their vests and are now wearing proper uniforms, many netizens left messages of support and paid tribute to the sacrifices of the veterans.