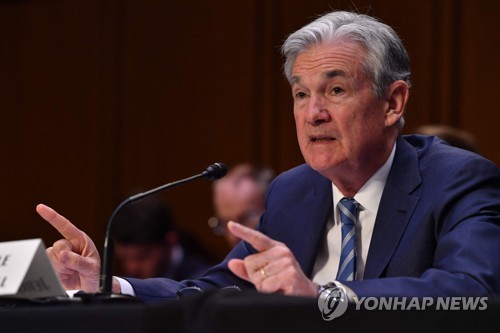 U.S. Senate Banking Attendance… “Our top priority is to reduce inflation by 2%.”

(Washington = Yonhap News) Correspondent Kim Kyung-hee = Chairman Jerome Powell of the US central bank, the Federal Reserve, announced on the 22nd (local time) a strong will to put down the worst inflation as soon as possible.

Chairman Powell, speaking before the Senate Banking Committee on Wednesday, said he was “strongly committed to tackling inflation” and was “moving quickly to that end” in relation to inflation, which is at its highest in more than 40 years.

“If we want to maintain a strong labor market, it is essential to bring inflation down,” he said.

“Inflation is at an alarming level, and further surprises may arise,” he said. “Policy makers need to act quickly.”

“The US economy is very strong and can handle strong monetary policy,” Powell said.

As for interest rate hikes, he said that the rate hike will last long enough to catch inflation, he said.

“A decision to raise interest rates will be made based on future economic data and changes in the economic outlook,” he said.

“Our overriding focus is on using policy tools to bring inflation down to the 2% level,” he added.

Chairman Powell said at a press conference at the time that “inflation is too high” and “I expect a continued rate hike would be appropriate,” suggesting the possibility of an additional ‘big step’ or ‘giant step’ next month by 0.5 to 0.75 percentage points.