University of California, Santa BarbaraMr. Daichi HiramatsuThe international research group, which includes researchers from the Kavli Institute for the Physics and Mathematics of the Universe (Kavli IPMU), Kyoto University, and the National Astronomical Observatory of Japan, has been around for 40 years.A special supernova explosion that was theoretically predictedAnnounced the research results that were actually observed. This achievement is expected to lead to the elucidation of one of the mysteries regarding the evolution of stars.

■ More than 40 years after the prediction, “electron capture type supernova” was finally found

It is said that it was a special supernova explosionMarch 2, 2018Supernova discovered in「SN 2018zd」is. SN 2018 zd is a galaxy about 31 million light-years away in the direction of “Camelpardalis”「NGC 2146」An amateur astronomer in Yamagata Prefecture who has discovered many supernovae in Japan.Discovered by Koichi Itagakiit was done.Following Mr. Itagaki’s discovery, an amateur astronomer in Chiba PrefectureMr. Toshihide NoguchiBy SN 2018zdDetailed brightness changes immediately after the explosionHas been observed.

However, the star at that turning point …A star with a mass 8 to 10 times that of the SunWhat is a heavier star?Different types of supernova explosionsIt has been thought that it might cause.This belonged to the Faculty of Liberal Arts, Ibaraki University and the University of Tokyo at that time.Kenichi NomotoThis is the first phenomenon proposed by (currently Kavli IPMU Senior Scientific Researcher) and others in 1980.“Electron Capture Supernova”Is called.

A star with a mass more than 10 times that of the SunIn the case of hydrogen, followed by helium, carbon, neon, oxygen, silicon, etc.Fusion of heavier elementsAlthough it progresses step by stepironWhen the core made ofThe core collapses because it cannot support its own weightAndA supernova called “core collapse type” or “gravitational collapse type” in which the outer layer of the star is blown away by the reaction.Is believed to occur.

[▲SchematicdiagramofelectroncapturereactionNeon(Ne)andmagnesium(Mg)thatmakeupthecoreareelectrons(e)–) Is thought to reduce the pressure and cause the core to collapse, leading to a supernova explosion. Sodium (Na) and fluorine (F) are thought to be produced together with a large amount of neutrinos (ν) during the reaction process (Credit: S. Wilkinson; LCO)].

On the other hand, according to Nomoto et al.’S prediction,A star with a mass 8 to 10 times that of the SunIs lighter than ironFormed core made of oxygen, neon and magnesiumBeing doneSupporting its own weight by the power of electronsIt is said that it will be.Eventually due to neon and magnesiumElectron capture reaction(A reaction in which protons in the nucleus combine with electrons and change into neutrons) causes the star to become unable to support its own weight.Core collapsesAnd the outer layer is blown awayLeading to a supernova explosionHas been thought. This is a phenomenon called “electron capture type” supernovae.ThatenergyCompared to the core collapse type supernovaAbout 1/10It was expected that there would be few.

According to the research groupDetailed observation of SN 2018 zd using telescopes and space telescopes around the worldAs a result, unlike the core-collapse type supernova, the characteristics such as the amount of elements contained in the supernova, the energy of the explosion, and the environment around the star are different.Consistent with the theoretical prediction of electron-captured supernovaeIt is said that he was doing it.Also, the place happens to be“Hubble”The space telescope is observing before the supernova explosion,The exploding star had about eight times the mass of the SunIt turned out that.

The research group had all the theoretically predicted features, so the SN 2018 zdConcluded that it was the first electron-captured supernova foundIt is attached.By discovering the observational featuresIt’s easier to find similar supernovaeTherefore, it is thought that detailed information will be obtained through the observation of more electron-capture supernovae in the future.Astronomer at the University of California, Berkeley who participated in the studyAlex Filipenko“It greatly enhances our understanding of the final stages of stellar evolution,” he said. 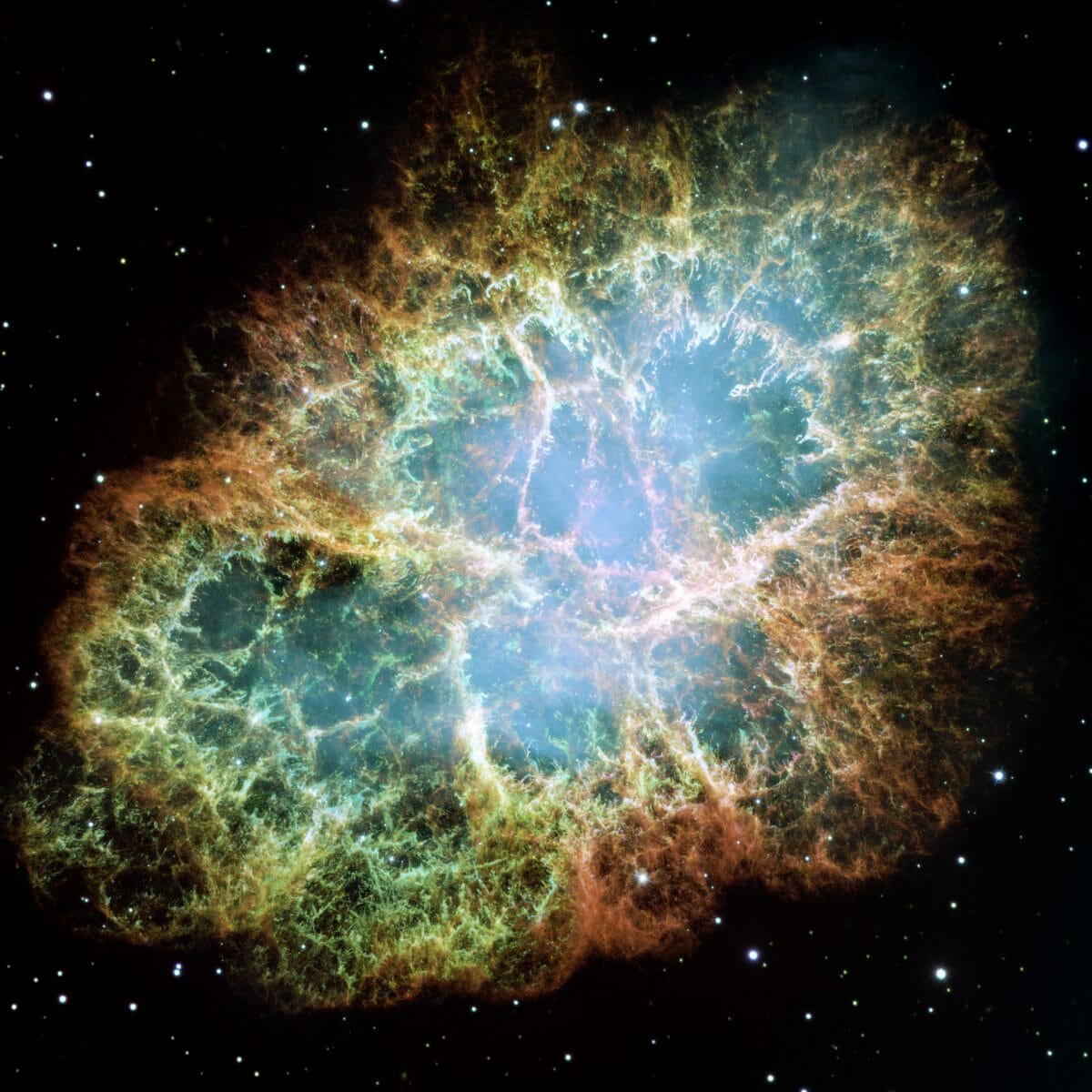 It is an electron-captured supernova that has been a theoretical phenomenon for a long time, but there are also supernovae that have been nominated for it.Leading candidateIt has been thought that1054 ADSupernova observed in the direction of “Taurus”「SN 1054」is. SN 1054 is a supernova remnant“Crab Nebula”Or“Crab Pulsar”It is said to have left behind a pulsar called a pulsar (a type of neutron star in which periodic electromagnetic waves are observed to blink with high-speed rotation).

Fujiwara no Teika’s “Meigetsuki”It has been thought that the SN 1054, which is also recorded in the above, was an electron-captured supernova based on the results of analysis of the observation data of the Crab Nebula. However, supernovae that have the characteristics of electron-captured supernovae have never been actually observed.It wasn’t clear if it really happenedIt’s called.

Also,Discovery and observation of SN 2018 zd immediately after the explosion by Mr. Itagaki and Mr. NoguchiBut in clarifying its identityPlayed an important roleIt’s called. The announcement notes that the discovery of an amateur astronomer has shown a significant impact on astronomy, even today, when the search for supernovae is being carried out by large telescopes around the world.

Mr. Nomoto, who predicted the existence of an electron-captured supernova, said, “I and my collaborators predicted the existence of an electron-captured supernova 40 years ago and proposed a connection with the Crab Nebula. I am pleased. I would like to express my respect and gratitude to all the people concerned for their great efforts to obtain the observation data. This achievement is obtained by the combination of observation and theory. It’s a great achievement. “

Are the remnants of the Big Bang and supernova explosions on your body?Origin of the element

The film “1921” premiered in Beijing and was highly recommended by the industry, and the audience was deeply moved by the spirit of ancestors

“NieR: Automata” reprint collaboration will be held at...

Did you move from the outer edge of...