President Yoon requests retransmission of the hearing report by Park Soon-ae, Kim Seung-hee, and Kim Seung-gyeom… Until the 29th 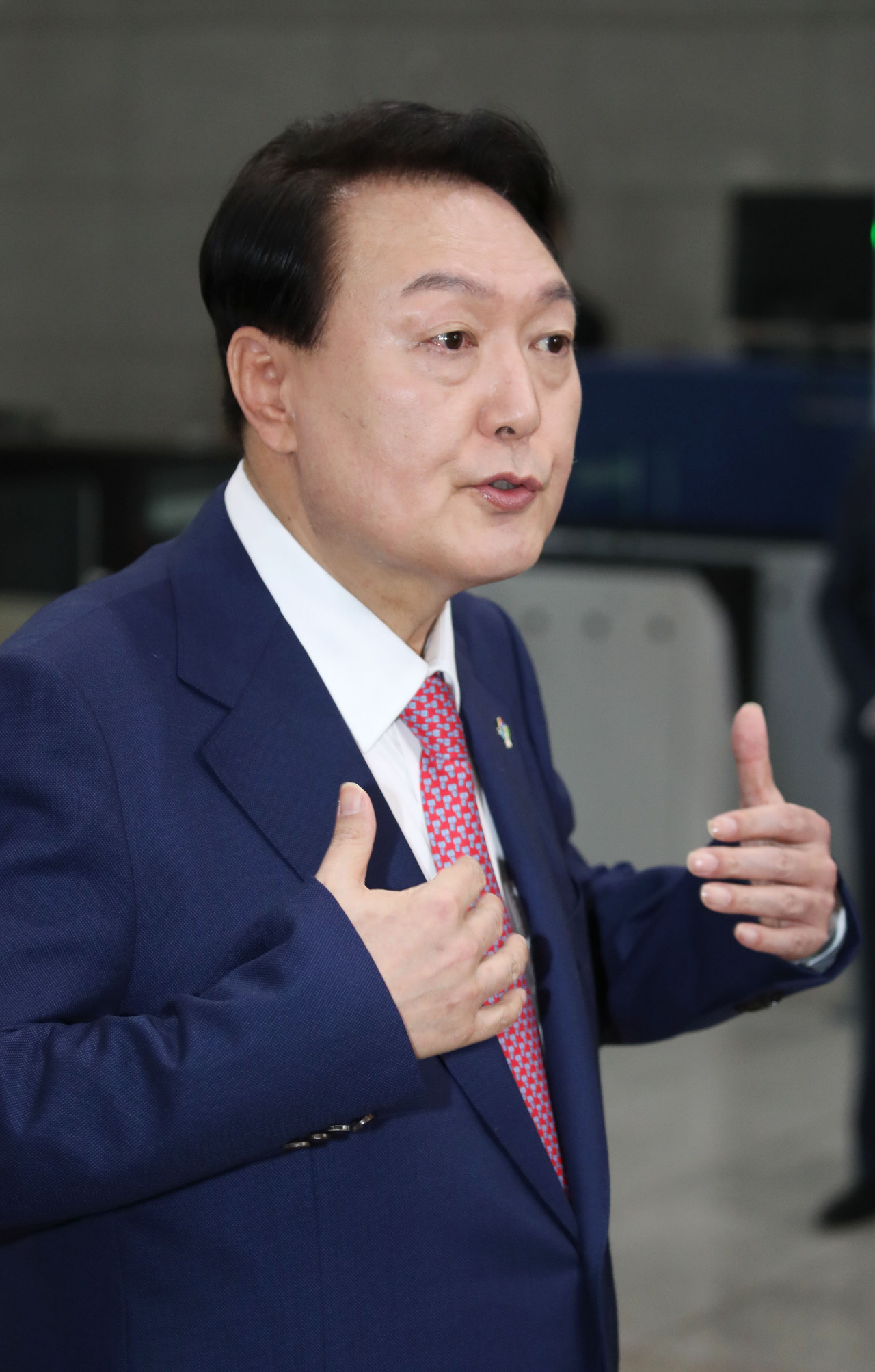 President Yoon Seok-yeol answers questions from reporters as he arrives at the presidential office in Yongsan, Seoul on the morning of the 23rd. Presidential Office Correspondent Photo Reporters

On the 23rd, President Yoon Seok-yeol requested the National Assembly to re-send a report on the progress of hearings on candidates for Deputy Prime Minister and Minister of Education Park Soon-ae, Minister of Health and Welfare Kim Seung-hee, and Chairman of the Joint Chiefs of Staff Kim Seung-gyeom. The deadline for retransmission is set until the 29th, when President Yoon is on an overseas tour to attend the NATO summit.

“President Yoon requested the National Assembly this afternoon to re-send a report on the progress of hearings on Deputy Prime Minister and Education Minister Nominee Park Soon-ae, Health and Welfare Minister Kim Seung-hee nominee, and Joint Chiefs of Staff candidate Kim Seung-gyeom,” the Office of the President’s spokesperson said in a press release on the same day. It will be the 29th, and it will be 7 days from today.” It is longer than the usual three-day deadline for retransmission.

The deadline for hearings for Park and Kim Seung-gyeom was on the 18th, and for Kim Seung-hee, until the 19th. President Yoon met with reporters on the 21st and announced that he would watch the negotiations on the composition of the National Assembly, saying, “I decided to (request) and (re-send) to spend plenty of time before going to NATO.”

Kwon Seong-dong, floor leader of the People’s Power, met with reporters right after the policy meeting held at the National Assembly on the afternoon of the same day and said, “The administration’s appointment of ministers as they are without a membership can be seen as disrespectful of the parliament, so it is necessary to give the president a little time. “I understand that the president did not request it immediately after the hearing period has elapsed, but requested a retransmission today,” he said.

Read Also  'Thammanat' travels to Phayao province, pleasing with many local leaders to join the party.

The holding of the hearings for the three candidates is uncertain as the opposition and opposition parties have been negotiating to form a circle. If a hearing is not held by the 29th, President Yoon can force the appointment of a minister immediately after his overseas trip. On the 21st, President Yoon said about candidate Kim Seung-gyeom, “It is difficult for the Chairman of the Joint Chiefs of Staff to wait a little longer.” However, in the case of Candidates Park and Kim Seung-hee, there is a possibility that the appointments will be withheld a little longer because various suspicions of morality have been raised and negative public opinion is high.