President Yoon Seok-yeol goes to the office. random news
On the 21st, President Yoon Seok-yeol temporarily suspended door-stepping (a short conference on the way to work) following the ‘MBC reporter-secretary open war’ incident. The President’s office instituted disciplinary procedures against reporters who entered MBC and sought reporters’ opinions, but the reporters said, “It is a matter for the President’s office and the media company to resolve completely.”

According to the secretariat, on the 19th, the president’s office asked ‘to convene the steering committee and send an opinion’ to the reporters’ secretariat to discuss disciplinary issues against the MBC reporter who had a verbal fight with the secretary immediately after the President Yoon Seok- yeol short conference on the way to work the previous day.

The President’s Office said, “Unpleasant things happened, such as screaming, on the 18th, and if this continues, it was deemed that it would affect whether to continue stepping out of the door or not,” he said. He added, “In order to take equivalent measures, the current regulations require the opinion of the steering committee of the reporters to be heard, so we ask for the steering committee to be convened and gather opinions related to equivalent measures.”

The ‘corresponding measures’ proposed by the Office of the President were three measures: canceling the registration of reporters, preventing access, and replacing reporters.

According to ‘Regulations on the Registration and Operation of Correspondents, etc.’ The President’s Office, if there is a matter of disciplinary action against the reporters, the chief public relations officer must convene the steering committee and hold a meeting within an hour upon request. However, given that the 19th is Saturday, the president’s office requested that the results of the discussion and opinion be sent by 2:00pm on the 20th, which is Sunday. 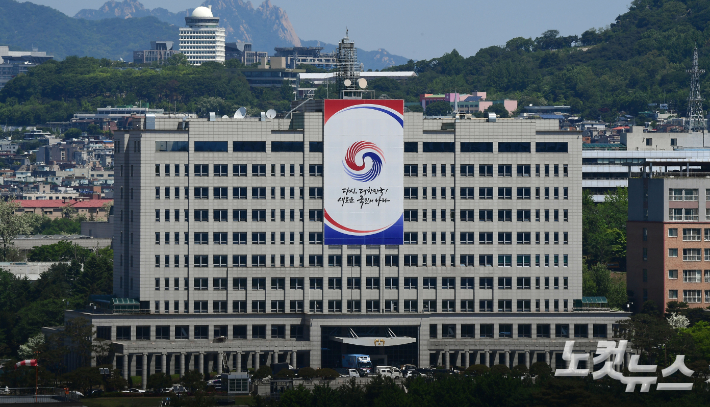 Reporter Hwang Jin-hwan
The secretariat judged that this case did not fall under the requirement of ‘requiring the steering committee to assemble within an hour’.

The ‘Regulations on the Registration and Operation of Reporters, etc.’ limits the disciplinary scope for breaking the regulations to ‘sanctions against the prohibition of advance reporting’, that is, the destruction of an embargo (suspension of a report). The Secretariat interprets the issue of canceling the registration of reporters submitted by the President’s Office as an ‘administrative procedure’ that goes beyond the scope of ‘disciplinary’, and regarding the request of the President’s Office to gather opinions on ‘ equivalent measures’, “the grounds for regulation are not met.” no,” he concluded.

As a result of the discussion, the secretariat said, “We decided that this matter is entirely a matter for the President’s office and the press to resolve.”

The Secretariat said, “It is not for the Secretariat to judge whether the MBC reporter has harmed dignity.” The current ‘Regulation of Reporters’ (separate from the Regulations of the Office of the President), which is the basis for disciplinary action against reporters, does not include matters relating to door stepping. We took into account the fact that it was not included, so we are in the process of reviewing it.”

At the same time, he said, “As opinions within the press corps were widely divided on various issues, it was deemed difficult to organize the stance at the level of the reporter’s corps.”

Regarding this disciplinary discussion, the secretariat said, “We decided not to give any opinion, and as the conflict between certain media and the president’s office continued, we conveyed our position on the morning of the 20th that we hopefully not. a situation where many media outlets unrelated to this issue will be restricted from reporting. he did,” he said.