Former Prosecutor General Yoon Seok-yeol, the presidential contender for the People’s Power, applauds at the Defense Forum Seminar with the People held at the Air Force Hotel in Yeongdeungpo-gu, Seoul on the 27th of last month. By Oh Dae-geun

The power of the people is hardly able to find a point of contact over whether to insert an ‘adverse selection prevention clause’ in the presidential election method. The biggest issue is whether or not to include a respondent who ‘supports the Democratic Party’ in the primary election poll, but the opinions of the candidates are distinctly different. Although the Party Election Commission gathered opinion poll experts and listened to their opinions, even this was criticized as a ‘cooking act’, so the distrust is deep.

The People’s Power Election Commission summoned six opinion poll experts on the 2nd to collect opinions on the anti-selection clause. Two people in favor of the introduction, two people against, and two people who did not express their pros and cons were equally recruited. This is a measure that is conscious of the strong fronts in favor of preventing adverse selection (former Prosecutor General Yoon Seok-yeol, former chairman of the Board of Audit and Inspection Choi Jae-hyung) and in opposition (Rep. Jun-pyo Hong, former lawmaker Seung-min Yoo). Shin In-gyu, a full-time spokesperson for the party, said, “I have heard various stories about the reality, concept, and impact of adverse selection.”

However, two experts who were previously asked for their opinions by the competition management committee said that they had already opposed the introduction. “(Expert) argued that the possibility of a Democratic Party supporter who deliberately decided to select a ‘weak’ candidate for People’s Power would be very unlikely to be included in the 1,000 people in the poll,” said a member of the Gyeongjun committee. He said that if he was aiming for a sedition, he would say ‘I support the people’s power’ and avoid the prevention clause,” he said. In reality, the probability of adverse selection occurring is low, but even so, it means that it is difficult to filter out.

Some experts argued that ‘the presidential election is fundamentally different from the party election, so the anti-selection clause should not be introduced’. Considering the status of the presidential election, which must be chosen by the entire people, the target of the polls should be further expanded. As the method of selecting the final candidate for the People’s Power is decided by 50% of party member votes and 50% of public opinion polls, if adverse selection is also applied, only the conservative side may be overrepresented. 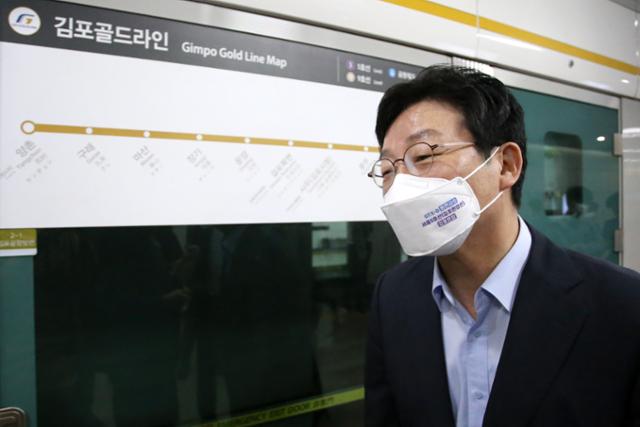 Some suspect that the National Election Commission is only matching the assortment with the introduction of anti-selection prevention in mind. Even though experts have already advised that the prevention clause is unnecessary, critics are criticizing the NEC’s intention to gather additional opinions while matching the numbers. Oh Oh-hwan, director of general affairs at the presidential campaign for former lawmaker Yoo Oh-hwan, said in a phone call with the Hankook Ilbo, “If you admit adverse selection, you’re denying the credibility of the opinion poll itself, so can you call it an expert?” do,” he pointed out.

Chung Hong-won, chairman of the National Election Commission, is fully aware of the controversy within the party and emphasizes the sincerity, but it is not enough. In an appeal on the 2nd, he promised, “I will lead the election without self-interest with the value of fairness as the highest goal.” However, former Rep. Yoo directly targeted Chairman Chung and criticized him, saying, “If you want to change the election rules for Candidate Seok-Yeol Yoon, go to the election campaign chairperson Yoon now.” It has to be done,” he insisted. The former president’s camp responded, “The two candidates (Hong Jun-pyo and Yoo Seung-min), who were close friends in the past, seem to be politically oriented, so there is a new coined word sarcastically saying ‘Hong Seung-min’.”

“The Lottery Division” clarified “The Law Committee”, the...

Business trip and traveler ‘crack of lightning’… ‘All...

oil warehouse owner Open your heart to the...

Revealing pictures of Pattaya after the city...