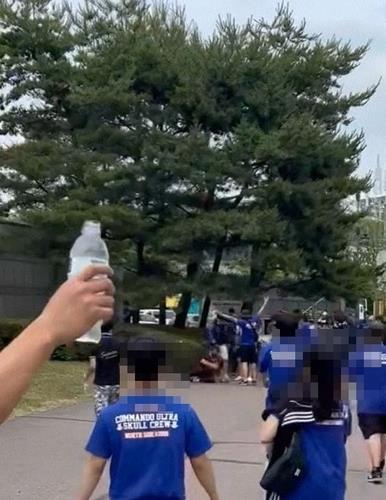 He also revealed the level of disciplinary action against the supporter who was the perpetrator, saying that he would be barred from entering the home game for two years.

On the 19th, a super match between Suwon and Seoul was held at the Suwon World Cup Stadium in the 16th round of Hanawon Q K League 1 2022.

However, outside the stadium before the kickoff, a group of fans from Suwon and a group from Seoul had an argument, and one of the members of the group lifted the Seoul fan and threw it on the floor and assaulted it.

Controversy has spread as the video of the scene spread through online communities.

Suwon said through the club’s Instagram account on the 21st, “I would like to express my sincere apologies to the victims, their families, and everyone who loves the K-League.

“The club plans to ban the offender from entering the home game for the next two years, and the small group will give a strict warning,” he said.

He added, “We will hold a ‘Clean Supporters Meeting’ hosted by the club for all Suwon fans who wish to eradicate violence.”

The day before, a Suwon official said, “Before the game, we know that Seoul fans and our fans had an argument and had physical contact. “he explained.

Suwon supporters Frente Tricolor also posted an apology on SNS, along with a handwritten apology from the perpetrator.

Frenter Tricoloro said, “I would like to apologize to the parties concerned and to the officials and supporters of both clubs.

In a handwritten apology, the Suwon fan who assaulted him bowed his head, saying, “I once again sincerely apologize to the victim and parents for this unfortunate incident, regardless of the reason.”

The Suwon Jungbu Police Station in Gyeonggi Province is currently investigating the incident after receiving a report from the victim’s parents.