Elderly people, even one month of intake is affected… Confirmation of brain inflammation in animal experiments
A paper in the Journal of the Ohio State University, Neuropsychiatric Immunology Research Society

Processed foods are made by artificially processing agricultural products, aquatic products, and livestock products to make cooking and preservation easier.

Researchers from Harvard University and others in the United States published a study last month that eating a lot of fast-absorbed processed carbohydrates is the main cause of obesity.

The gist of the paper, published in the Journal of the American Academy of Nutrition (ASN), was that obesity could be prevented by reducing the intake of highly processed carbohydrates rather than simply trying to eat less.

However, as we age, a study has found that even short-term consumption of highly processed foods causes a strong inflammatory response in the brain that accompanies memory loss.

In particular, older animals showed these symptoms in their brains even if they ate high-processed food for only 4 weeks.

This study was conducted by Ruth Barrientos, an associate professor at the Ohio State University’s Behavioral Medicine Institute, USA.

The related paper was published in the latest issue of ‘Brain, Behavior, and Immunity’, a journal of the American Psychoneuroimmunology Research Society.

“This suggests that eating processed foods can lead to severe and sudden memory loss,” said Professor Barientos, lead author of the study. “He said. 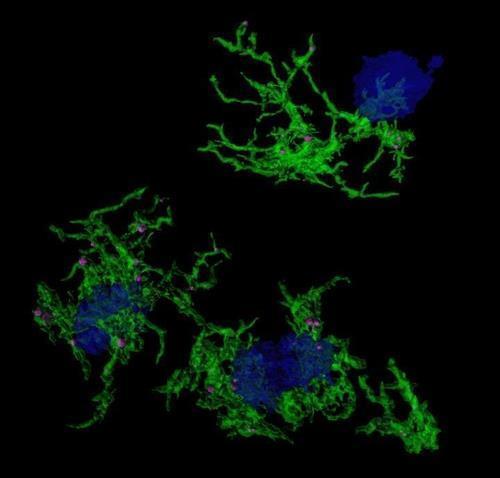 Professor Barientos’s team focused on the brain’s hippocampus and amygdala to study how unhealthy food intake, surgery, and infection induce inflammation in the brain of the elderly.

Researchers have previously found that even a short period of high-fat diet in older mice can cause memory loss and brain inflammation.

They also found that these mice had lower levels of DHA in the hippocampus and amygdala of the brain.

DHA (docosahexaenoic acid), along with EPA (eicosapentaenoic acid), is a type of omega-3 fatty acid abundant in seafood such as fish.

DHA has several actions in the brain, including blocking the inflammatory response.

In this study, for the first time, it was proved that DHA is effective in brain inflammation caused by eating high-processed foods.

The highly processed food used in the experiment was made by imitation of long-term preservation potato chips, frozen pasta and pizza, and cooked meat with added preservatives.

Older mice fed a high-processed diet did not remember spending time in an unfamiliar space within a few days.

This is a signal that occurs when the hippocampus has an abnormality in its contextual memory.

These mice also did not exhibit predictive fear behavior even when given a danger signal, suggesting that the amygdala had abnormalities.

The amygdala, part of the limbic system of the brain, processes information related to motivation, learning, and emotions.

Therefore, when the amygdala is malfunctioning, the signals that signal danger are missed or they make the wrong decisions about these signals.

However, even when older mice were fed a highly processed diet, the addition of DHA effectively prevented the brain’s inflammatory response and memory-decreasing behavior.

Note that the addition of DHA has no effect at all in preventing weight gain in high-processed foods.

The fact that DHA is added means that you shouldn’t eat too many high-processed foods.

Professor Barientos said, “People who are interested in nutritional information of food should pay particular attention to the quality of fiber and carbohydrates.

Cougar-BMX arrives in Turkey, ready to go to international battles and World Cup 4 fields in a row