Promotion of the introduction of the job pay system… Is Hyundai Motor’s ‘MZ departure’ problem solved? 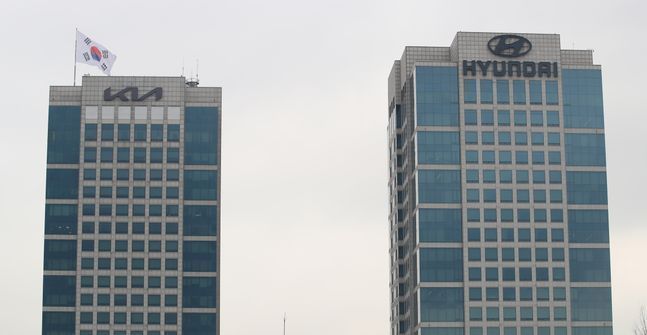 A view of the Hyundai Motor Group headquarters in Yangjae-dong, Seoul. ⓒDailyan DB

The introduction of a job pay system in which salary is determined according to the nature, difficulty and level of responsibility is promoted, and the reorganization of the wage system of companies that have suffered from the harmful effects of the existing high salary system (annual pay system) is also expected to gain momentum.

In particular, this is a welcome change for the Hyundai Motor Group, which has had difficulties in securing office and research personnel due to the departure of the MZ generation, who are dissatisfied with the wage system.

According to the business community on the 24th, the introduction of the job pay system included in the ‘Labor Market Reform Promotion Direction’ announced by the Ministry of Employment and Labor the day before is expected to play a positive role in ameliorating the negative effects of the domestic wage structure with strong seniority.

The business community has pointed out several problems related to the annual salary system, such as unfair performance compensation, widening the wage gap according to the length of service, and causing exhaustive labor-management conflicts in the wage bargaining process.

In the case of Hyundai Motor Group, which is trying to change from the traditional car manufacturing industry to the mobility service sector that combines IT with the change in the industrial paradigm, the demand for IT and software (software) manpower is rapidly increasing, but compensation for securing manpower due to the annual wage system We are faced with the limitations of the system being insufficient.

The leak of R&D personnel that occurred last year is not unrelated to this. The dissatisfaction among young office workers and research workers increased as they received the same wage increase and performance pay according to the negotiation results of the production workers-oriented labor union, which wanted to adhere to the annual salary system.

If a job-based wage system is introduced, this problem will be resolved at once. The fact that the wage system for R&D personnel is different from that of production workers due to the nature of the job-based system, where wages are paid according to the nature and difficulty of the job, is a factor in retaining young IT and SW talents for Hyundai Motor Group.

The ‘fair performance compensation’ system that MZ generation employees have been demanding will also be created. An official from the Korea Employers Federation said, “When the job pay system is introduced, it is possible to induce individual development and innovation in productivity by providing motivation through fair compensation, and it becomes possible for companies to secure sustainable competitiveness.”

The Kia union is holding a protest against the management’s payment of special compensation to high performers. ⓒ Kia Motors Union

The problem is union opposition. The business community is of the view that it is unlikely that a union composed mainly of production workers with long tenures will readily accept the job pay system.

The union of Hyundai Motor and Kia also protested against the company’s special compensation of 5 million won in December of last year by selecting 10% of high-performing employees from among non-unionized office and research managers. He demanded that all employees be paid the same amount and pressured the management, eventually collecting a special incentive of 4 million won.

It is difficult to expect that those who do not recognize the difference in each job or the compensation system based on performance will accept the job pay system.

The National Confederation of Trade Unions, to which the unions of major affiliates such as Hyundai Motor and Kia belong, protested against the Ministry of Employment and Labor’s plan to introduce a job pay system, saying it was “a policy to guarantee employers’ right to unilaterally determine wages.”

Labor-management dialogue continued after that to reform the wage system, but it has now been halted without any results.

Considering this, even if the government promotes the introduction of the job pay system, it is expected that companies will face great difficulties due to opposition from the union if they want to apply it.

A Hyundai Motor Group official said, “The government’s direction for reforming the labor market is expected to have a positive effect on corporate management overall. It is difficult to judge whether or not it will be possible,” he said.

Reorganization of the wage system can be a source of conflict in the process of collective bargaining, as it is also related to labor-management wage negotiations and the provisions of collective agreements. It is highly likely that the management will give up on the introduction of the job pay system in front of the union, which is armed with a ‘strike’.

For this reason, it is pointed out that the direction of labor market reform should include a content guaranteeing the right of the management to defend.