Provincial Defense Index has upgraded its emergency response to typhoon prevention to level II. “Sandu” may land on the coast of northeastern Zhejiang|Typhoon|Zhejiang_Sina News

Original title: Provincial defense refers to the promotion of emergency response to typhoon prevention to level II. “Sandu” may land on the coast of northeastern Zhejiang

The Central Meteorological Observatory issued a typhoon at 18:00 on September 11Orange warning。

According to the “Emergency Plan for Flood Control, Taiwan and Drought Relief in Zhejiang Province”,Province Prevention IndexDecided to be at 21 o’clock on the 11thTyphoon emergency response is upgraded to level II, All units are requested to pay close attention to the development and changes of the typhoon, and make preparations for typhoon prevention as required. 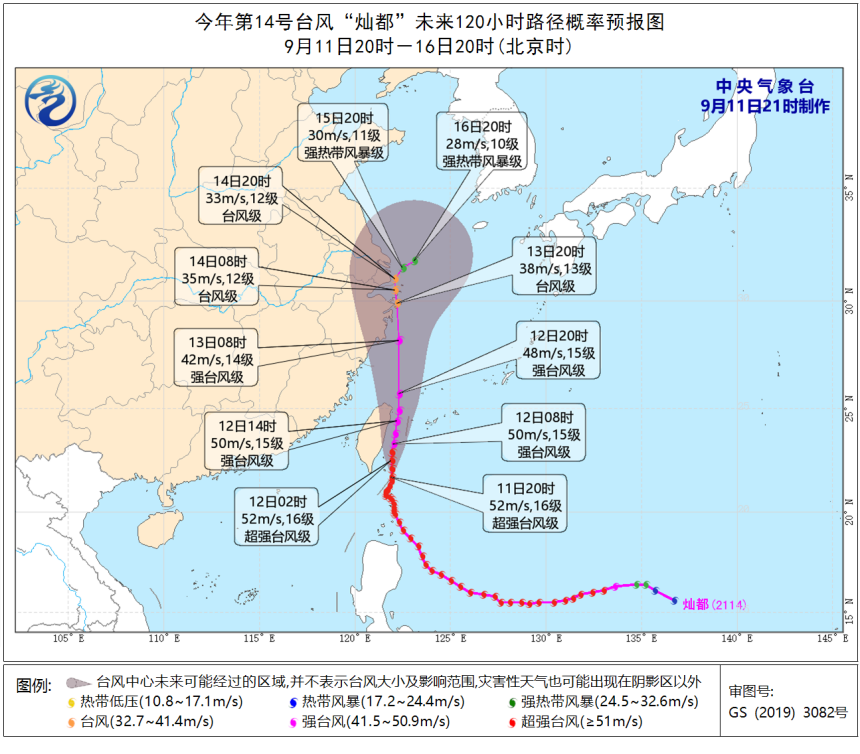 According to the Central Meteorological Observatory, from 20 o’clock on the 11th to 20 o’clock on the 12th, most of my country’s East China Sea and the waters around the Diaoyu Islands, the Taiwan Strait, the Bashi Strait, the east of Taiwan,Zhejiang coast,There will be 6-7 strong winds along the coasts of central and northern Fujian and Taiwan Island. Among them, the Bashi Strait, the east of Taiwan Island, the southwestern East China Sea, and the eastern coast of Taiwan will have winds of 8-11, and some sea areas can reach 12- Level 14, gusts 15-16, winds of 15-16 levels in the sea area or area where the typhoon center passes，Gust of 17 or above。 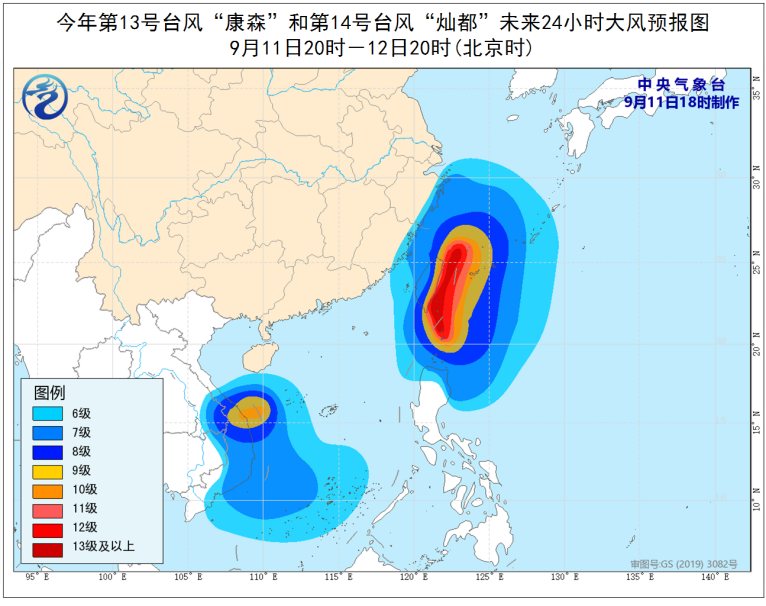 1. The government and relevant departments should do a good job in typhoon prevention and emergency response in accordance with their duties.

2. Water operations in relevant waters and passing ships should return to the port for shelter from the wind, strengthen port facilities, and prevent ships from anchoring, grounding and collision.

4. Reinforce or dismantle structures that are easy to be blown by the wind. People should not go out at will. They should stay in a wind-proof and safe place as much as possible to ensure that the elderly and children stay in the safest place in the house, and those who are in danger are transferred in time. When the typhoon center passes by, the wind will decrease or stay still for a period of time. Remember that the strong wind will blow suddenly, and you should continue to stay in a safe place to avoid the wind, and move people in dangerous houses in time.

5. Relevant areas should pay attention to preventing mountain torrents and geological disasters that may be caused by heavy rainfall.

The content is integrated from Zhejiang Weather, Zhejiang Emergency Management, and the Central Meteorological Observatory

‘DySP should give’ firing ‘to Benny’: Monson to...

my country plans to launch its first solar...

Monson threatens rape victim; Intervention to save the...

[전국][취재N팩트] After an argument over ‘noise between floors’,...

Great ignorance behind ‘Monsoon Model’ scam; Where are...

February 21, 2021
We use cookies on our website to give you the most relevant experience by remembering your preferences and repeat visits. By clicking “Accept All”, you consent to the use of ALL the cookies. However, you may visit "Cookie Settings" to provide a controlled consent.
Cookie SettingsAccept All
Manage consent