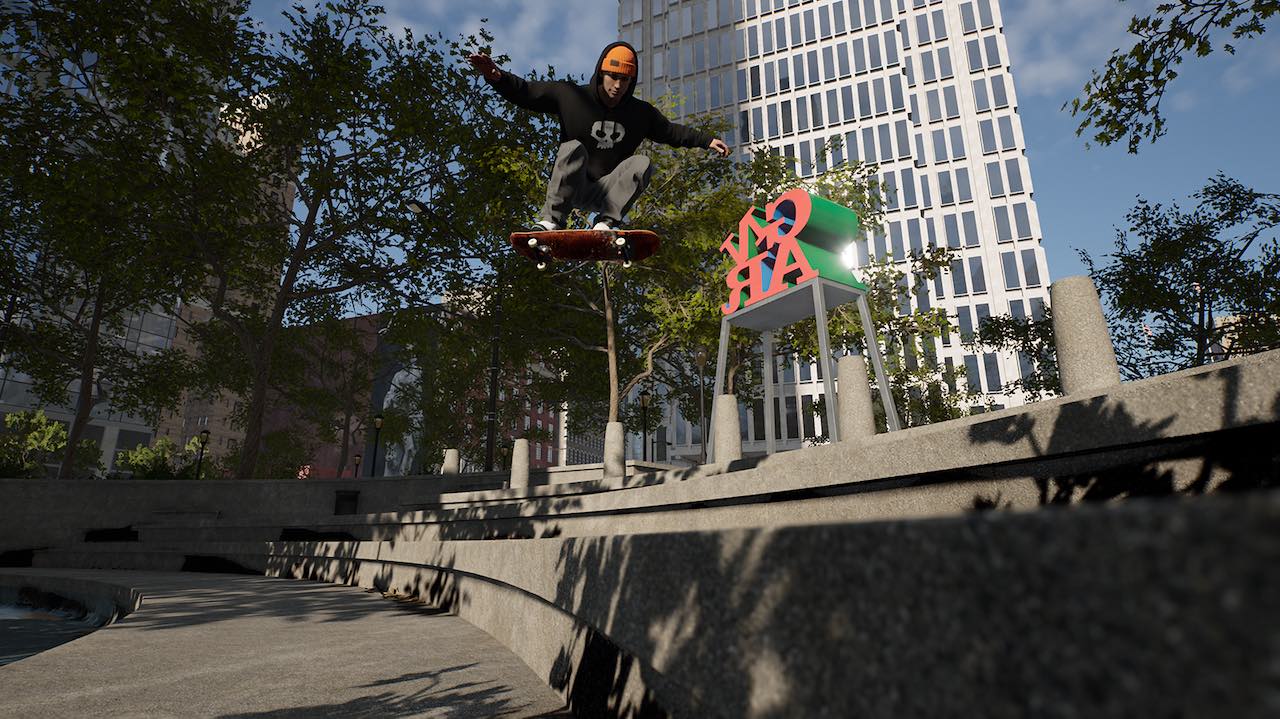 Developer creā-ture Studios announced on May 31 that the skateboard game “Early Access” is currently being distributed on PC / Xbox One.Session: Skate SimWas officially released on September 22nd. Along with this, overseas PS4 / PS5 versions will also be released.

“Session: Skate Sim” is a skateboarding game featuring real-minded gameplay. You can skate freely and shoot videos on the map that reproduces real skate spots such as Black Hubbas, Brooklyn Banks, and FDR Park. Unlike general skateboard games, there are no missions or scoring systems. Because it focuses on the experience of skateboarding culture, and for skateboarding and fashion customization, there are items from real manufacturers.

In the game play, we adopted the operation to perform tricks (techniques) using both the left and right analog sticks. Each stick corresponds to the left and right feet, expressing the actual movement of the feet on a skateboard. Although complicated operations are required compared to conventional skateboard games, this system, which pursues fidelity, has been highly evaluated by core skateboard game fans.

Early access distribution of the PC version of this work will start in 2019. In 2020, Xbox One also launched Game Preview, which is an early access distribution. As the development progresses after that, tricks and maps, playable characters that reproduce real professional skaters, customized items, etc. are added. Also, improvements were made to the physics engine and replay editor.

In this announcement, it was also reported that the official release version candidate was completed. For the official release, more playable characters, customized items, maps and tricks will be added, as well as improvements to existing maps and physics animations. It is unclear whether Japanese is included, but it is said that translation work has already started.

“Session: Skate Sim” is available for early access to PC (Steam / Epic Games Store) and Xbox One. And it will be officially released on September 22nd. It is said that the overseas PS4 / PS5 version will also be delivered at the same time, so it seems that the Xbox Series X | S version will probably be released at this timing.

Nintendo Direct to be held on June 28th? Rumors that third-party-focused news may be delivered
Posted onJune 27, 2022June 27, 2022