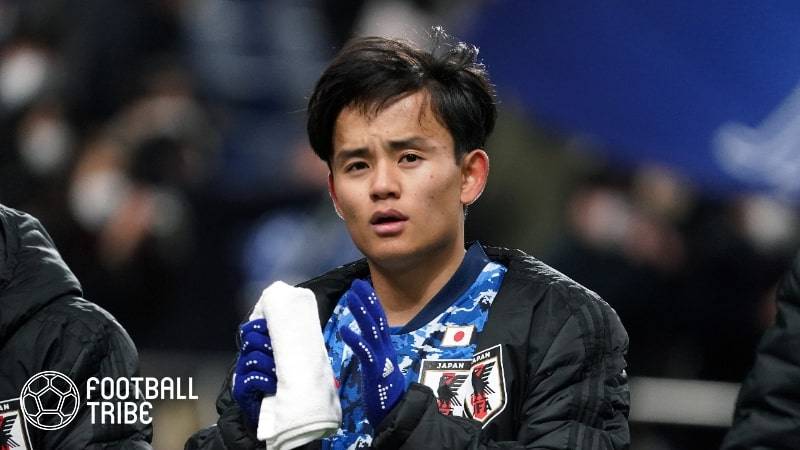 Japan national team midfielder Takefusa Kubo (21) will leave RCD Mallorca due to the expiration of the rental period, and is also considered to be out of the plan at Real Madrid. Among them, Real Madrid seems to have rejected the player’s full acquisition offer from other clubs. The Spanish newspaper “Marca” reports on the 22nd.

Takefusa Kubo transferred from Real Madrid to RCD Mallorca for rental in August last year. Until the middle of the season, he was constantly starting in the bottom of the top and on the right side as the main force of the offensive team. However, in March of this year, he was demoted to a bench staff after the appointment of Javier Aguirre, a former Japanese national team commander. He has been in the starting lineup for two of the eight league games since April.

Regarding the departure of Takefusa Kubo, some Spanish media expect to leave Mallorca for the 2021/22 season only. Mallorca cites an additional € 3 million to Real Madrid as the reason for his departure if the player’s rental period is extended.

In addition, Mallorca officially announced the outline of pre-season training for the start of the 2022/23 season on the 20th of this month. Mallorca’s specialized site “Mallorca Diario” introduces the participating members of the pre-season training, but there is no name of Takefusa Kubo, and leaving the group is considered to be the default route.

On the other hand, regarding the possibility of returning to Real Madrid, the Spanish newspaper “El Espanyol” recently reported that “There is no place in Real Madrid and we are looking for a rental transfer to a top club.” He said he was out of the plan at Real Madrid because of the balance of the EU quota and the decrease in participation opportunities at the end of the 2021/22 season.

Among them, according to the report of “Marca”, Real Sociedad is negotiating with Real Madrid to acquire Takefusa Kubo. Real Sociedad executives contacted the player’s agent two weeks ago and last weekend to Real Madrid executives. He said he asked for a full five-year contract by June 2027, but Real Madrid refused because he wanted a rental release or a repurchase clause.

In addition, it seems that clubs in England and Italy are also interested in Takefusa Kubo. Depending on the movements of other clubs in the future, it seems that there is a possibility that it will develop into a scramble.

Real Sociedad has been trying to win Takefusa Kubo twice in the past, but has lost the battle with Villarreal and Mallorca. It is possible that offers will arrive from multiple clubs in the future under the player who is expected to leave Mallorca.