Top Posts
Seo Hyun-jin, Hwang In-yeop, Heo Jun-ho confirmed for...
Acer unveils large-screen Chromebooks optimized for home, school,...
Summary of stock market, oil, gold and foreign...
That’s all! 10 baht per pack of rice....
Nude shooting with only ‘white paint’ painted all...
How to do self-examination for early detection of...
How cold! During the U-23, Thailand was in...
Daily horoscope aries taurus gemini cancer 19 October...
Nimble Neuron ‘Eternal Return’ to enter MS Store…...
Severance Hospital “Lung cancer patients, specific prediction of...
Home News Relatives and spouses of the boss will also be punished if they ‘give up’ to employees
News 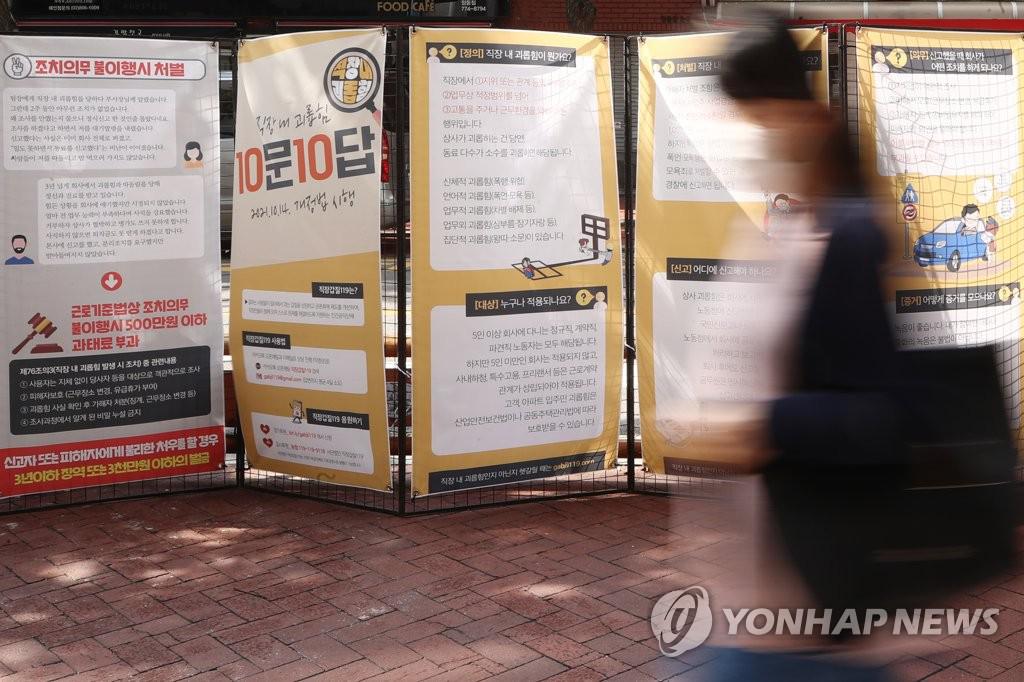 Kim, who was working at a factory in Gyeonggi-do, suffered from ‘gap-jil’ by the president’s younger brother, and eventually resigned last year. The perpetrator treated almost all the employees as subordinates because he was the boss and brother, and he ran personal errands and used abusive language.

In the future, if an employer or a close family member of the employer commits ‘workplace violence’, it will be punished as a violation of the Labor Standards Act.

According to the Ministry of Employment and Labor on the 14th, the amendment to the Labor Standards Act came into effect on the 14th to impose a fine of up to 10 million won on the employer, his spouse, and relatives or relatives who act as a force to the worker.

If an employer violates the duty to take measures such as conducting an objective investigation at a workplace where workplace harassment has occurred, a fine of up to 5 million won is imposed.

The amendment also stipulated the standards for imposition of fines according to the number and number of violations of the user’s duty to take action.

If you do not conduct an investigation to confirm the fact of workplace harassment, the first fine is 3 million won, and if you do not change the workplace according to the victim’s request, it is 2 million won.

An official from the Ministry of Employment and Labor explained, “In the past, when the perpetrator of workplace harassment is the employer or a relative of the employer, it was difficult to expect the employer to take appropriate action, but by imposing a fine for negligence, the effectiveness can be guaranteed.”

However, some raise questions about the effectiveness of the revised Labor Standards Act.

In fact, it has been found that many office workers are unaware of this amendment to the law. As a result of a survey of 1,000 office workers from the 7th to 14th of last month by Workplace Gapjil119, 72.8% of the respondents said they did not know the details of the amendment to the Labor Standards Act, including the imposition of fines for negligence.

Some argue that there are too many ‘blind spots’ workers that the Labor Standards Act does not protect.

In a commentary on the same day, the National Confederation of Trade Unions (KCTU) said, “The revised Labor Standards Act is the bread of the picture for workers working in workplaces with fewer than five employees, who are not caught in the statistics, and for the 2.5 million special-employed workers who are not recognized as workers.”

“What use is the revised Labor Standards Act if you are not protected from abuse and harassment in the workplace because you work in a small workplace or because you are a special employee?”