Retransfer to the Nuri launch pad begins at 7:20… standing in the morning 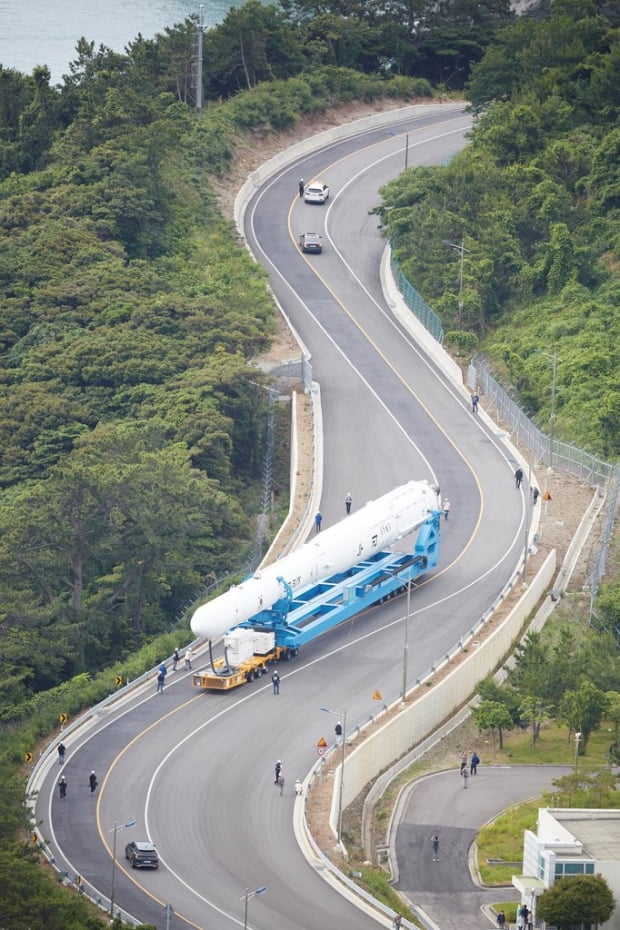 The Korean launch vehicle Nuri (KSLV-II) is being transferred back to the launch pad at the Naro Space Center in Goheung-gun, Jeollanam-do on the morning of the 20th.

It has been five days since it was erected on the launch pad on the 15th, but came back down after an abnormality was found in the level sensor signal of the first stage oxidizer tank.

After arriving at the launch pad, Nuri goes through the preparation process to stand up toward the sky in the morning.

In the afternoon, the ‘umbilical connection’ to supply electricity to the Nuri and to charge propellants such as fuel (kerosene) and oxidizer (liquid oxygen), and to determine whether there is a possibility of fuel clogging or leakage during the charging process. Preparation for launch, such as ‘confidentiality check’, continues.

It is expected that the installation of the launch pad will be completed before 7:00 pm on the same day unless there is any special abnormality in the process of transferring and standing the launch pad.

The Ministry of Science and ICT will hold the Nuri launch management committee on the morning of the 21st, the scheduled launch date, to decide whether or not to charge the Nuri with propellant.

In the afternoon, the launch management committee will be held once again to comprehensively review the technical preparation status, weather conditions, and the possibility of colliding with space objects to determine the launch time of the Nuri.

Currently, the most likely launch time is at 4 pm on the 21st.