◆ Severe Disaster Act After the Storm ◆

With the implementation of the Severe Accident Punishment Act scheduled to be enforced in January next year, large construction companies with many industrial accidents are competing to put industrial robots into construction sites. Although the plan is to prevent the CEO from being punished in the event of a safety accident, some in the construction industry are concerned that the enforcement of the law may encourage a reduction in the number of employees at construction sites. 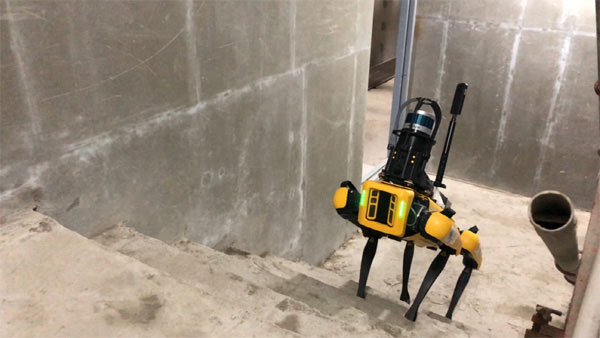 An official from GS E&C explained, “We will send robots to dangerous areas with a lot of harmful gases to enable communication and collect data, etc., to review the status of process and quality, and to use it in various fields such as site safety management.” Because this robot has four legs, it is nicknamed ‘robot dog’ at construction sites. In addition to GS E&C, other large construction companies such as Hyundai E&C and Lotte E&C are also conducting actual tests on the premise of field use. 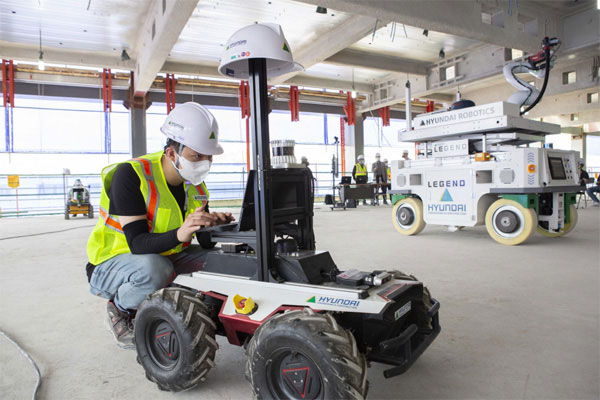 Hyundai E&C also plans to intensively put the self-developed unmanned construction robot into construction sites from the first half of next year. The robot does the work of drilling the ceiling drilling work done by workers wearing protective gear and climbing on a lift. This robot is expected to be expanded to paint, welding, and masonry work in the future. A Hyundai E&C official said, “We are aiming to apply it to all sites within the next 1-2 years.”

POSCO E&C has also been using autonomous walking robots that operate unmanned for tunnel construction since last May to check for construction errors and cracks inside the tunnel. This robot plays a role in preventing accidents by checking risk factors such as rocks with a risk of falling right after the tunnel blasting operation and before manpower is put in.

Recently, Samsung C&T also announced that it will introduce an ‘access floor’ construction robot that will take charge of the dangerous work of covering the upper panel when constructing a double floor. This robot, developed by Samsung C&T with its partner companies for over a year, has already been introduced and operated at the Asan display site in South Chungcheong Province since last month, and is scheduled to be used at the Pyeongtaek semiconductor site at the end of this month. A Samsung C&T official said, “In the past, there were cases where construction was done at a height of up to 6m from the floor, so there was a possibility of safety accidents such as worker falls.

Industry insiders agree that the Severe Disaster Act, which will be enforced from January next year, has had a major impact on construction companies’ recent intensive use of robots on construction sites. If the law goes into effect, in the event of a serious industrial accident, the owner or manager of the business can be punished by imprisonment for at least one year or by a fine of not more than 1 billion won. To prevent this, construction companies are rushing to introduce robots to dangerous and complex tasks.

An official from the construction industry said, “As construction companies expand the introduction of robots, job losses for professional engineers will be inevitable.

Conflicts among labor unions in the construction industry are also intensifying over the punishment of the Serious Disaster Act.

‘Bangchak’ goes into cryptocurrency Get paid at Inthanin