Ryu Hyun-jin, the most tie 14 wins and the beauty of Yoo Jong .. The team is frustrated in the fall baseball

Toronto’s Hyunjin Ryu breathes a sigh of relief after checking his body after being hit by an opponent’s assault ball during the final game of the regular season against Baltimore at the Rogers Center in Toronto, Ontario, Canada on the 4th. Toronto = Associated Press.

Ryu Hyun-jin (34, Toronto) reached 14 wins in the last game of the regular season for the fourth time in his personal career. However, Toronto failed to advance to the fall baseball.

Ryu Hyun-jin allowed two runs in five innings in the final game against Baltimore at the Rogers Center in Toronto, Ontario, Canada on the 4th (Korean time). He hit six hits, including one home run, but struck out seven as well. Hyun-Jin Ryu went down the mound in the 6th with a big lead 12-2.

This is the first time Hyun-Jin Ryu threw more than five innings in four games since the New York Yankees on the 7th of last month, when he harvested his 13th win of the season (six innings without a score). With Toronto winning 12-4, Hyun-Jin Ryu recorded 14 wins (10 losses) for the fourth time since entering the big leagues following 2013-2014 and 2019.

Toronto’s postseason was thwarted as the New York Yankees and Boston, tied for first place in the American League wildcard, won side by side. Ryu Hyun-jin also took a break for the first time in four years since 2018. Toronto manager Charlie Montoyo said, “Today, I showed a ‘vintage (top-class)’ appearance. It was the driving force behind the big win,” he said, “especially the changeup was very good, but it kept the balance well.” Regarding the overall evaluation of this season, he said, “It is true that there were ups and downs, but we won well.

Ryu Hyun-jin started in 31 games this season, the most since entering the majors. They are tied for second place in the American League by many wins, but the rest of the indicators are not very good. Since entering the big leagues in 2013, he has suffered 10 losses in a season, the most in one season, and for the first time ever surpassed a four-point ERA (4.37). He also allowed 24 home runs, the most. In the first half, he had a good 8-5 and an ERA of 3.56, but in the second half, he struggled to control the changeup and was shaken. 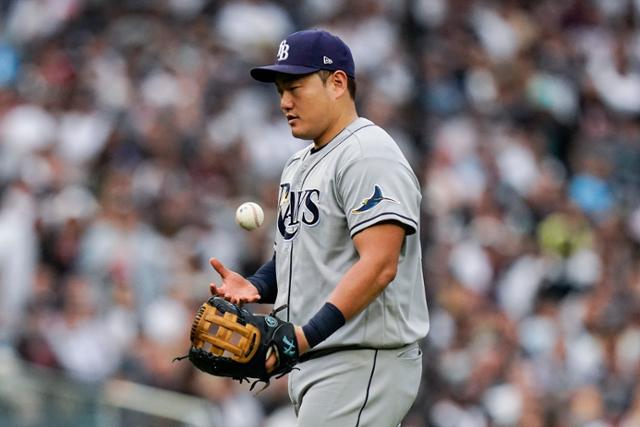 Tampa Bay’s Choi Ji-man has experienced the postseason for the second year in a row. AP Yonhap News

On the other hand, Kim Kwang-hyun (33, St. Louis) and Choi Ji-man (30, Tampa Bay) continued to play baseball in the fall.

St. Louis will play the National League Wild Card game against the Los Angeles Dodgers on the 7th. Kim Kwang-hyeon, who entered the postseason for the second year in a row, struggled with a back injury this year, but played 27 games, recording 7 wins, 7 losses, and a 3.46 ERA. There were many variables, such as moving to a bullpen pitcher at the end of the season and not getting many opportunities, but he left a strong impression by holding a scoreless streak in four consecutive games. Kim Kwang-hyun will also play in the bullpen in the postseason.

Choi Ji-man’s Tampa Bay is the winning contender who went straight to the Division Series by finishing first in the American League East Division (100 wins and 62 losses). Choi Ji-man finished the regular season with a batting average of 0.229 and OPS (on-base percentage + slugging percentage) of 0.758. He only played 83 games due to knee, groin, and hamstring injuries, but he helped out with 11 home runs and 45 RBIs. He became the second Korean major leaguer to hit the 50-home run mark after Choo Shin-soo (218). In the final match against the New York Yankees on the 4th, he warmed up his bat for fall baseball by hitting a double (3 at-bat, 1 hit, 1 walk). 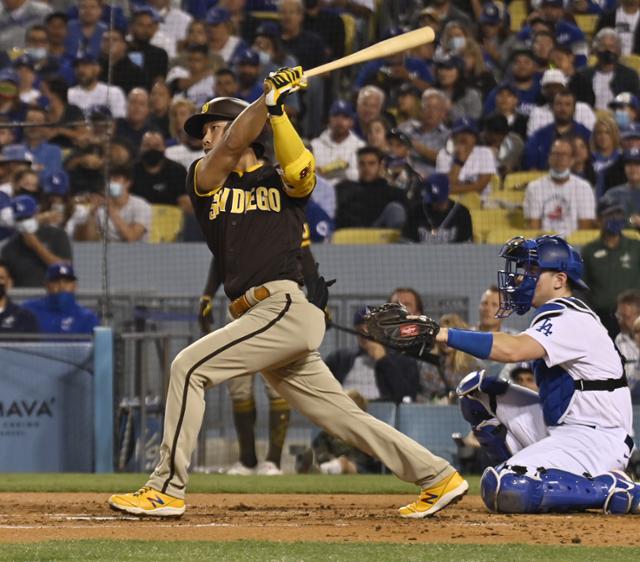 Sadly Esther and Srinivasan are upset that the video: Sneha Sreekumar