Ryuichi Sakamoto: “Yu Hee-yeol’s plagiarism? You can see his respect for my songs” [공식입장] 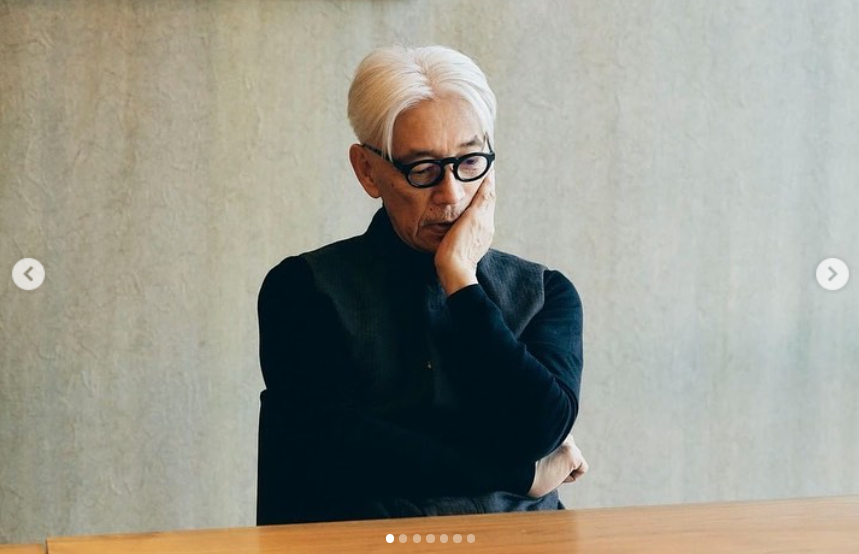 Ryuichi Sakamoto said, “I would like to thank the fans who reported this matter to me and Yoo Hee-yeol’s candid intention to discuss this matter publicly. Although there are similarities between the two songs, there is no legal action to protect my work ‘Aqua’. It’s not a necessary level, and I can see his great respect for my music.”

“I have a few songs that are clearly strongly influenced by Bach or Debussy that I love and respect and have learned a lot from. But please don’t get me wrong, as I don’t see myself on the same level as Bach or Debussy. All creations are Influenced by existing art. If you add 5-10% of your originality to it within the scope of responsibility, that would be great and appreciated. That’s my long-standing idea.” .

He said, “I still do my best to increase the proportion of originality in all the music I make, but it’s not easy. But I also think that it’s what makes art beautiful. I wish him the best of luck with his new album.”

According to It Music Creative, Sakamoto Ryuichi is also aware of the ‘1900’ case that has been raised since June 15th, and the antenna side acknowledged that the message was delivered to Sakamoto Ryuichi. He said that the ‘1900’ case was different from the ‘Aqua’ case and that Yoo Hee-yeol was not aware of it at all. said he knew And now, Ryuichi Sakamoto’s side said they don’t want the issue to spread and continue, and ask the artist to respect the wishes of the artist.

Ryuichi Sakamoto is a Japanese composer and musician who has won a Golden Globe and a Grammy Award, and was the first Asian to win an Academy Award for Music. On January 21, 2021, he announced that he was battling rectal cancer through his homepage, and on June 7, 2022, he also revealed that he was in a terminal state due to cancer metastasis.

When Ryuichi Sakamoto’s statement was released, many netizens commented, “Even though he is battling cancer, you can feel the respect and humility for art in his writing” “I like the writing so much. It feels classy” “The author is okay, but the third person has nothing more to say.” “The consideration is great,” “I hope you are well…” and so on.

[단독]Breaking the Achilles tendon and gaslighting… Arresting boyfriend who is worse than a beast
Posted onJune 27, 2022June 27, 2022