Salim Ghaus, who was supposed to be the villain in the angel; N.F. This is how Varghese was born 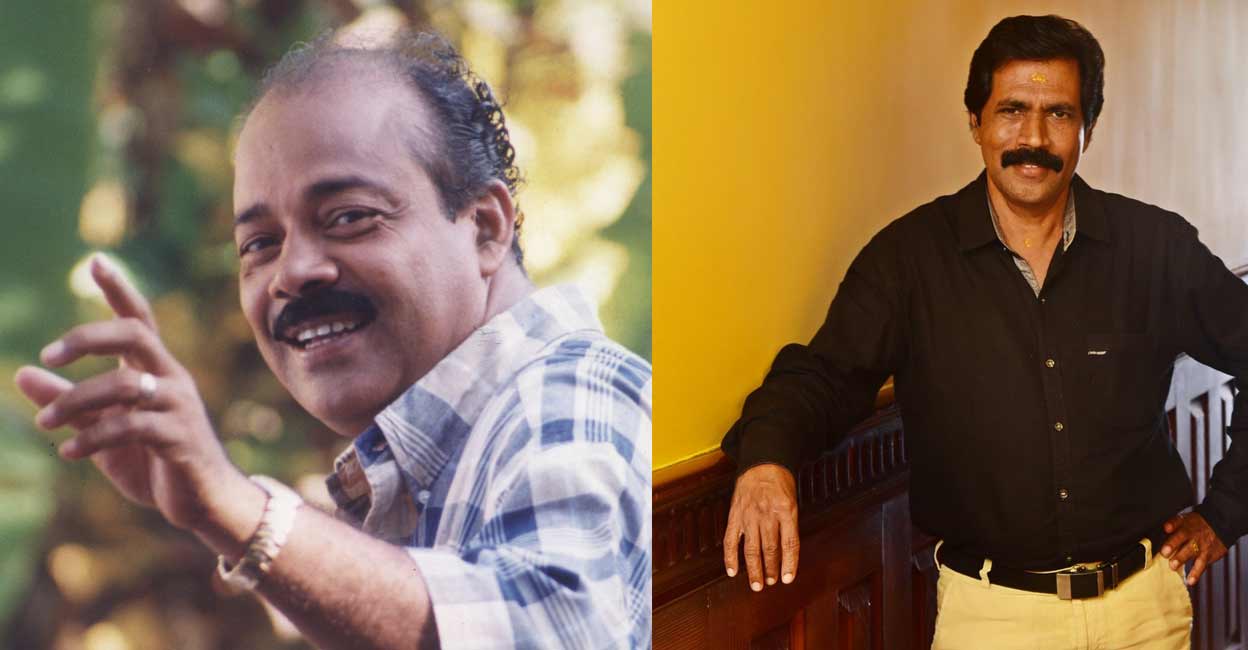 N.F. 20 years after Varghese left … ” Who is NF? Varghese ”, I asked as I walked up to the Nisha Continental Hotel on Shastri Road in Kottayam. Someone was waiting at the hotel reception and got up. ” That’s not the hotel you want to stay in, ” I said. Then he took the box. The above is an excerpt from what NF Nana wrote about his film career. He added, “A man named Siddharthan came into the hotel …”

Akashadoodu shooting time. K. Mohanettan is the controller and I am the executive. I have spoken to the NF only once on the phone, looking into the Mohanetan date. I have not seen it in person. Mohannettan was shooting for another film and on the seventh day he started shooting for Akashadootu. Then I was in charge of shooting the angel and post-production work. There is a saying that if one rots, the other becomes fertile. The NF is a direct testament to the fact that even if one changes, it will fertilize another. Varghese.

Under the banner of Anupama Cinema, Kariyachan Sar, Kochumon Sar and Sajan Sar decided to make a film together. Sibimalayil Sir Director, Dennis Joseph Sir Script. Muraliyettan is the hero. After discussions, Madhavi became the heroine. Rajan Joseph has a son, Jose Prakash. Dennis Sir and Rajan Chettan are relatives and friends. Rajan Chettan is happy that someone is coming to the cinema as a result of his efforts. He has also produced four films. Along with that, 4 films including Eran Sandhya, Eran Sandhya directed by Jesse Sar are also on NF. Varghese’s film debut.

He also introduces many people to filmmakers. Anchoring, small mimicry, giving voice on audio cassettes, working for a company in Aluva, and NF, who came to the silver screen through his film. He also introduced Varghese to Sir Dennis. The NF would occasionally come and show Sir Dennis his face. Varghese has also done minor roles that junior artists should do in some films.

There is a villain in this movie called Aakashadootu. Sibi Sar and Dennis Sar had initially decided not to do the usual villainous roles. Salim Ghaus, who acted in Bharathan Sir’s film at that time, was chosen as Keshavan. Salim House could not give us the date we needed at the time of the shooting chart. Sir Dennis wondered if the NF should be considered, as Rajan Chettan recalls and sees the NF in between. One day Sibi Sir came to the hotel room where Dennis Sir was writing the script. Siby referred the matter of Varghese to Sir.

CB Sir also knows the NF. Sir Dennis was not sure if Varghese could do such a great character. While they were talking, the NF came up by chance. His arrival came without knowing anything that would be considered for the angel himself. When he saw Sir CB, he did not stay in the room for long and the NF went downstairs saying that he would come back later. Now in Dennis’s language, ” CB told me shortly after the NF left. This person is correct. This one is enough ”. That’s what I said about Salim House changing NF. That Varghese was fertilized.

The NF arrived at Sir Dennis’ residence that night on information. The NF’s face lit up with joy as they listened to the thread of the story. The most important character in the story is a man who drives his own milk cart. Sir Dennis’s comment that he doesn’t even know how to drive. There are only 10 days for shooting. If the producer or director finds out that the person who has to drive the car does not know how to drive, there is a chance of losing the chance.

No one should be prepared to take last minute risk. This is where we need to understand the humanity of Dennis Joseph. The film career of a newcomer is in question. In front of the person with tears streaming down his cheeks. “Don’t tell Dennis, I’ll learn to drive. I need help.” Dennis Sir allowed enough love, compassion, and empathy in his mind. From that night on, he practiced 24 hours a day, and on the sixth and sixth day, he drove the car of the driving school alone in front of Sir Dennis, N.F. Varghese. Keshavan was born there.

Keshavan of Aakashadoothu reached the sky in acting. One day my landline rang and I picked up the phone. “Viswanathan” bursts out laughing with a resounding sound. It was about the time of the newspaper movie release. He has worked with NF on a number of films. Many people leave to mention the name of the production section when it comes to the success of regular film successes or interviews about the film. Varghese.

Few people at that time understood what these people, who were lazily reading the movie titles, were doing for the movie. The NF, which had opened new windows of acting in front of us, unexpectedly disappeared.