The quick bat hit the pitcher without giving him a chance to dodge.

Yoo Jae-yu (24, Doosan Bears) and Kim Dae-woo (33, Samsung Lions) were taken to the hospital after being hit by a strong hit during the game.

On the 15th, Yoo Jae-yu appeared as relief in the home game against the Samsung Lions in professional baseball held at Jamsil Stadium in Seoul, and was hit with his finger and temple by Kim Ji-chan’s batted ball in the 5th inning.

Yoo Jae-yu reached out his hand to block the ball flying towards his face.

The ball hit both the finger and the temple at the same time.

The impact was so great that the ball hit Yoo Jae-yu and bounced back to third base.

Yoo Jae-yu collapsed and complained of pain, and an ambulance came to the ground.

After a brief conversation with the trainer, Yoo Jae-yu moved to Gangnam Severance Hospital.

A Doosan official said, “After the hospital check-up, we will make a plan later.” 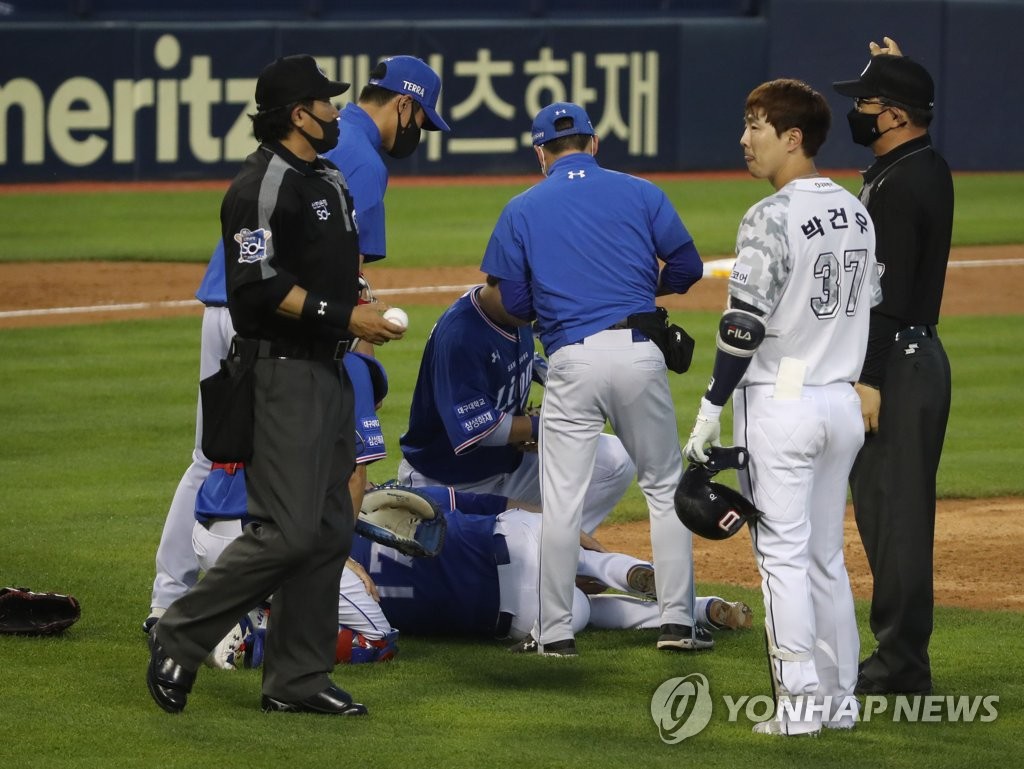 Prior to this, Samsung starting Kim Dae-woo was hit in the right shin by the first hitter Park Geon-woo in the bottom of the 4th inning and collapsed.

Until Kim Dae-woo left for the hospital, Park Geon-woo stayed near the mound and expressed his apologetics.

Samsung left-handed Jae-ik Lee, who had started in a hurry, allowed Park Geon-woo to score, and Kim Dae-woo had one run (three innings, four hits and one run).

He said, “I haven’t suffered any fractures,” he said.

Being teased that she’s single and beautiful, Fon-Sanantachat hastened to tell her that she’s not single, she must be beautiful every day.

China’s mercury is broken, lashing out at “NATO” for evil, thinking of causing a “cold war”

| Paving the way for success in hockey...

For the first time, “Tip” surpassed the goal...

“Tokyo Olympics to be held without spectators… But...

Can Zhu Ting do what he wants...

November 19, 2020
We use cookies on our website to give you the most relevant experience by remembering your preferences and repeat visits. By clicking “Accept All”, you consent to the use of ALL the cookies. However, you may visit "Cookie Settings" to provide a controlled consent.
Cookie SettingsAccept All
Manage consent