The Japanese high school team “SAMURAI JAPAN”, which played in the “30th WBSC U-18 Baseball World Cup” (Sarasota, Florida, USA), won the 3rd game against South Korea on the 18th (19th Japan time) 6 – 2. and won the bronze medal for the first time since the 2017 tournament held in Thunder Bay, Canada.

First time in Japan. With one out, outfielder Yoshinobu Kuroda (Kyushu International University) and catcher Shion Matsuo (Osaka Toin) create good opportunities for first base and third base, and infielder Yuta Utsumi ( Koryo), hits Nakamae in a timely fashion. the lead.

In addition, Kim So-hyun, who went 3rd in the 2nd inning and 1st overall in the Korean draft and threw a 163km (101 mph) fastball in the previous game against Japan, created a good opportunity for the bases and loaded with 1 out. , said Kuroda. is pushed out and Matsuo timely hits a 2 point front left, adding 3 points. Next, Utsumi chose a walk and attacked with the bases loaded. At this point, Kim resigned. Even when Yun Yeon-chul, the fourth left-hander, went up to the mound, he did not slow down his attacks, and catcher Kai Watanabe (Chiben Wakayama) hit two spots in front of the left in timely fashion, scoring five runs in this inning.

As for pitching, starting pitcher Ayuta Ikumori (Konan) hit hard, giving up 3 hits and 2 runs in 4 innings despite getting 2 runs in the 4th inning. Second base pitcher Tsugutaka Kawahara (Osaka Toin) kept the score scoreless in three innings and led the team to victory. Kawahara won 3 wins, the most in this tournament, and won the title with the most wins.

They had suffered a resounding 0-8 loss to archenemy South Korea in the first game of the Super Round on the 15th (16th), but on this day the batting line-up was successful with 11 hits and 6 runs, and managed to take revenge . This was the first bronze medal in five years since 2017.

Before the 3rd place play-off, they lost 3-4 to the last match of the Super Round against the United States, which was a continuation match. It was a tough schedule with two games in one day, but Samurai Japan showed their determination at the end and got the win. In the finals, the United States defeated Taiwan 5-1, also winning the championship for the first time in two tournaments since 2017 and for the 10th time.

[Fideo]Having succeeded in taking revenge on the old enemy, South Korea! In the second inning, No. 3 Matsuo hit a timely 2-point shot that broke the 163-kilogram right-hander Kim. 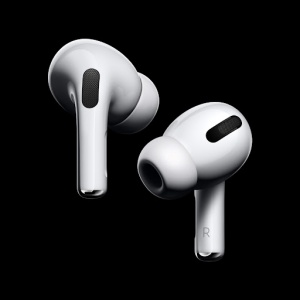