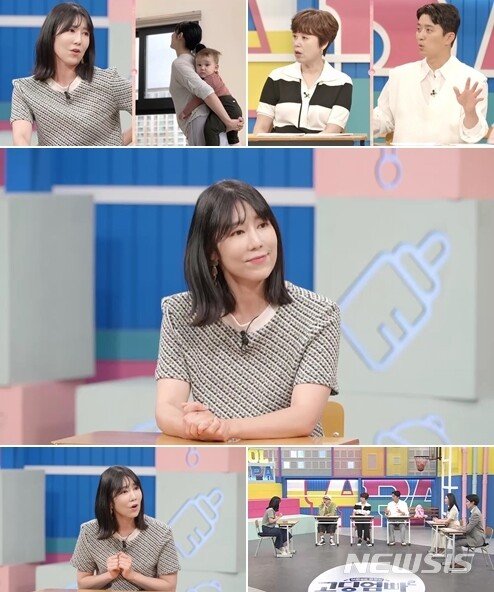 On the third episode of MBN’s ‘High School Dad 2’, which aired at 10:20 pm on the 21st, Sayuri, the mother of 17-month-old Zen’s son, appeared as a guest and boasted of her outspoken words. Sayuri, who has decided to become a voluntary single mother and is currently raising her son Jen alone in Korea, was more sympathetic after seeing the daily life of her high school mother, her single mother raising her child alone like herself.

Afterwards, Park Mi-sun asked, “I’m curious about the story of a Japanese high school dad.” In response, Sayuri revealed, “I have 10 friends who were married between the ages of 17 and 23, and all of them were divorced,” causing her studio to be engulfed in silence. Haha said, “Isn’t it difficult to live after marriage and raise children?” Sayuri also explained, “I think it was difficult because I had two or three children.”

After a while, Sayuri surprised everyone by giving an unexpected, reversed answer to Haha’s question, “What if my son Zen becomes a ‘high school dad’?” Lawyer Lee In-cheol added, “Surprisingly, there are many people who make decisions like Sayuri.”