Top Posts
[날씨] Sunny all weekend, below freezing in the...
Despite the spread of Omicron… US “boost shot...
Rangnick “Man Utd is a big club. There...
Boy Pakorn Chaechat, younger brother, greeted me to...
Honda completes year-end at Motor Expo 2021
A veterinarian decides to amputate the leg of...
WHO “There are no reports of Omicron-related deaths...
The player Rangnick wanted? | Official Manchester United...
Allu Arjun Movie Pushpa Trailer Released Today Story...
Hengda: “I don’t think I’ll be able to...
Home Entertainment Separation, not divorce
Entertainment

Park Seon-joo, who is active as a singer and songwriter, has revealed her own method of parenting.

In JTBC’s ‘Brave Solo Parenting – I Raise’ (hereinafter ‘I Raise’), which aired on the 24th, the daily life of Park Seon-joo and daughter Amy, who previously gathered topics as a new family form and education center, was revealed.

Amy is currently attending an international school in Jeju Island. Park Seon-joo said, “I quit my university professorship for Amy’s education,” and “I can become a professor again, but the child’s time does not come back. I asked myself and chose to go to Jeju Island.”

On this day, Park Seon-ju’s daughter, Amy, took swimming lessons at school. In particular, as the kayak class progressed, Amy was particularly happy, and all the mothers of the cast looked at it strangely. 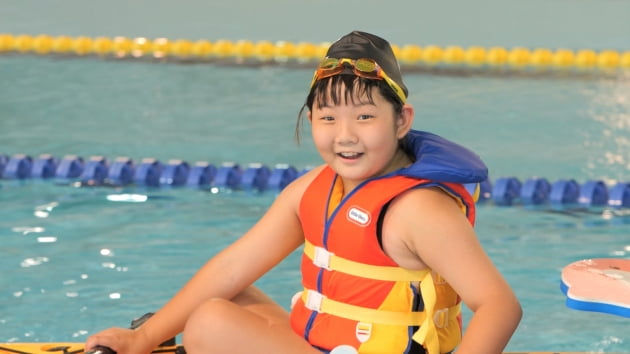 Then, during the given snack time, he ate the snacks prepared by Park Seon-joo himself, expressing happiness and making Park Seon-joo laugh.

At that time, Park Seon-joo visited the school and had tea time with the principal. Park Seon-joo revealed that he usually gets along with school teachers, and he drew attention by showing the headteacher talking about Korea’s content craze and shopping information without hesitation.

Then, when Seon-Joo Park returned home and was preparing dinner, a strange mother and daughter appeared, and she was living with the family of an acquaintance who was close like a family when Park Seon-Joo was living in China. Park Seon-joo surprised the performers by revealing that they live in the same house as an acquaintance’s family and are raising children together, saying, “(voluntary solo parenting) people gathered together with similar environment. I thought it would be better than raising them alone.”

Then, Park Seon-joo, who was having a candid talk about solo parenting with an acquaintance, revealed his belief, “When each person’s life is happy, the family is happy,” and confessed his gratitude to the acquaintance’s family who were beside him, creating a warm atmosphere.

He also mentioned the divorce rumors that arose after Park Seon-joo confessed that they had been separated for six years after marriage. “People say we’re divorced, don’t we?” said Park Seon-joo. “We used respectful words even when we were fighting.”

Then, “I think it is important to expand the children’s bowls rather than forcing them into ideas or lessons, and all of this is possible with the consent of my husband,” and expressed her gratitude to her husband Kang Leo.

Manchester City beat PSG to advance to UCL round of 16