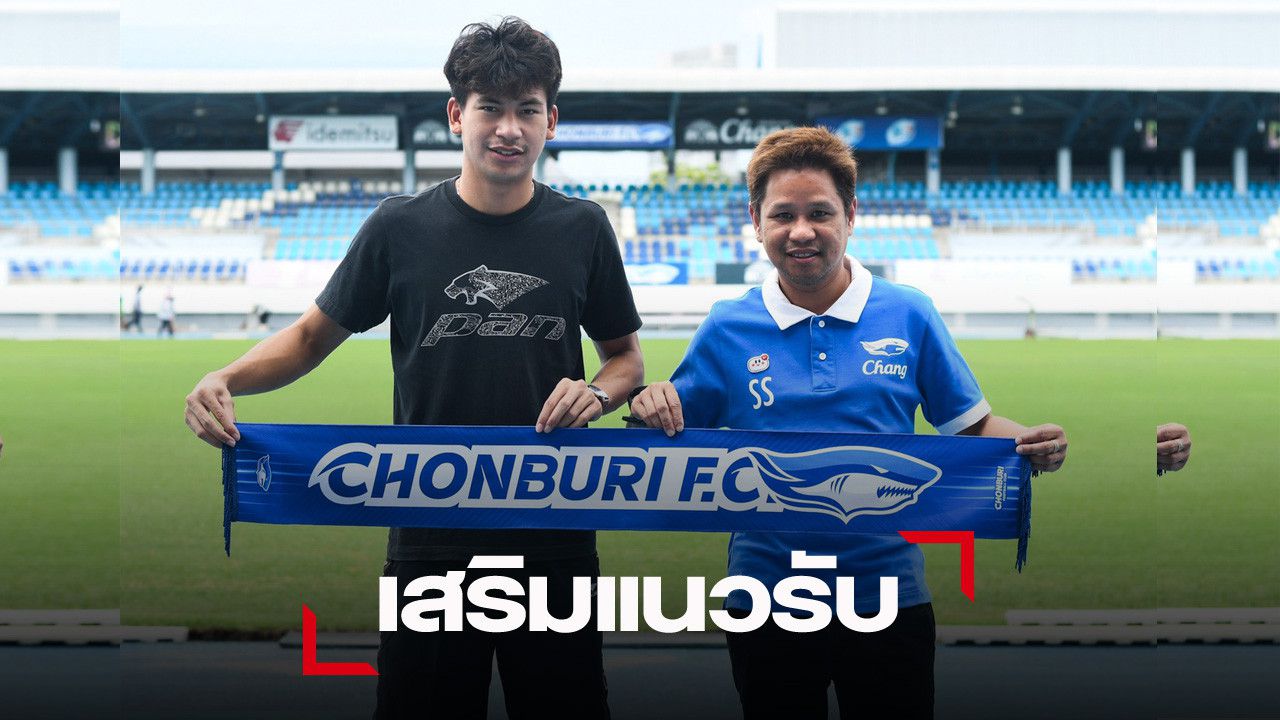 Continue to add! Chonburi FC grabbed Kittipong Saensanit, a defender of the Thai national team. The set is not over 23 years old to join the army to fight the Revo Thai League 1 this season.

The movement of the Thai League player market, the latest army “Shark Chon” Chonburi FC, the famous football club of Revo Thai League 1, has announced the acquisition of Kittipong Saensanit, a defender of the Thai national team under-23 degree from the club. Samut Prakan City has officially joined the army already. He is the third player after Danilo Almeida Alves and Amadou Ottara.

On the morning of June 24, Kittipong Saensanit came to sign the contract and launched with Mr. Sasit Singtothong, the team manager already at the Chonburi FC club office in the Chonburi Stadium. Stadium, Muang District, Chonburi Province

For “Chao Sam” Kittipong Saensanit did an excellent job with the “Sea Fang” Samut Prakan City team in the top league of Thailand. In the past season, with a total of 27 shots on the field in all items.

In this regard, “Chao Sam” is a youth player from Assumption College Thonburi. Was signed as a professional player for the first time with the club, SCG Muang Thong United, had been playing for the club Assumption United, the club Udon Thani FC and the Ayutthaya FC club. at the national team level through the Thai national team The youth level has come in all sets, starting from U-12, U-14, U-16, U-18, U-22 and U-23.