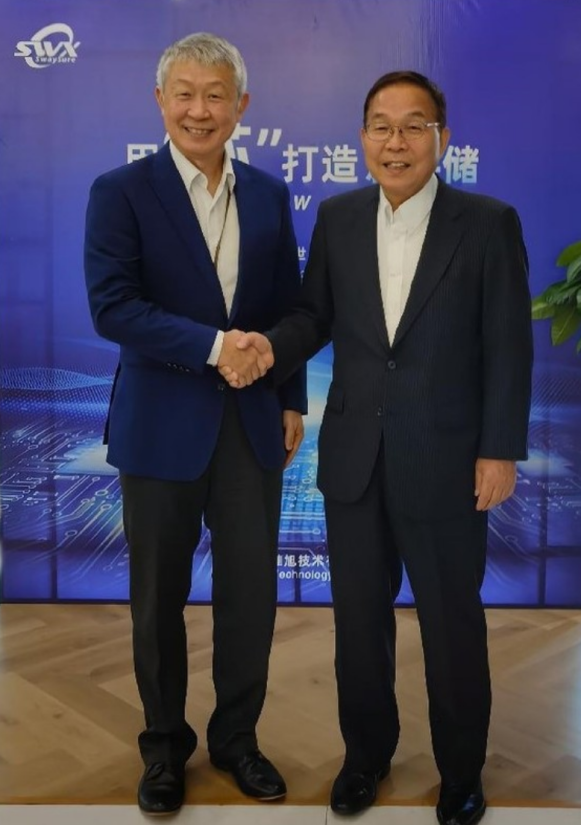 Shenzhen state-owned assets set up a DRAM factory, and the CEO poached the top 18 factory managers. The picture shows Liu Xiaoqiang on the left and Yukio Sakamoto on the right (from the official website of Shengweixu)

[Reporter Hong Youfang / Hsinchu Report]China is vigorously supporting the development of the semiconductor industry, especially the key memory DRAM. Recently, SwaySure Technology Co., Ltd. (SwaySure), which is 100% funded by the state, announced the appointment of former Japanese Elpida. President Yukio Sakamoto, vice president of Ziguang Group, served as the chief strategy officer, and hired Liu Xiaoqiang, director of the wafer 18 factory in TSMC’s Taiwan Southern factory, as the CEO, which attracted the attention of the semiconductor industry, but most people asked questions about the development prospects.

According to the official website of Shengweixu, the company was established in March this year with a capital of 5 billion yuan and is 100% controlled by Shenzhen state-owned assets. It is expected to invest 300 billion yuan to produce DRAM with a 12-inch and 28-nanometer process to build a total production capacity. 140,000/month, the first phase is already under construction, and it is planned to introduce machine equipment in the third quarter of next year, and trial production in the first quarter of 2024.

The 75-year-old Sakamoto Yukio has never forgotten DRAM since the collapse of Elpida. In recent years, he has continued to want to make a comeback in China. However, due to the bankruptcy and reorganization caused by the debt crisis of Ziguang, Sakamoto Yukio was forced to leave, and the DRAM dream was broken again. This time He then moved to Shengweixu Technology Company in Shenzhen. With more than half a century of experience in semiconductors, he not only helped Shengweixu to set up a R&D department in Japan, but also set up a branch and R&D department in Shanghai to recruit R&D talents.

Shengweixu Technology also appointed Liu Xiaoqiang, who has more than 30 years of experience in semiconductors, as the CEO, which attracted the attention of the semiconductor industry; Liu Xiaoqiang is about 60 years old. The factory is currently producing 5nm process, and will soon mass produce 3nm; Liu Xiaoqiang is an outstanding alumnus of the Department of Mechanical Engineering at Chengda University. He announced that he was going to teach at the City University of Hong Kong. At that time, TSMC also said goodbye to him, but there were also speculations that it should be a transitional excuse to switch to China. I didn’t expect it to be true now, but it was completely different from wafer foundry to DRAM. field.

DRAM is mainly divided into three parts by the three major factories of Samsung, SK Hynix and Micron in South Korea. Shengweixu wants to invest in DRAM, including Taiwan and the other side semiconductor people are not optimistic, mainly because the DRAM process technology patents are in the hands of the three major factories, and they need to invest in DRAM. R&D needs to burn a lot of money and may not be successful. Even if Shengweixu has the funds, it has been proved that it cannot be successful by Sakamoto Yukio to find the R&D team. In addition, Liu Xiaoqiang is not from the memory field. The success of TSMC is teamwork, including supply chain, Therefore, there are many question marks about the development prospects of Shengweixu.

Read Also  "Get out of the way" Salary 9,26-year-old employee ... Boogle at public officials summons

I’m already a friend, thanks

The municipality countered, not the organizer of the race. admit the mistake after hitting the audience Lots of pain – death 1
Posted onJuly 5, 2022July 5, 2022