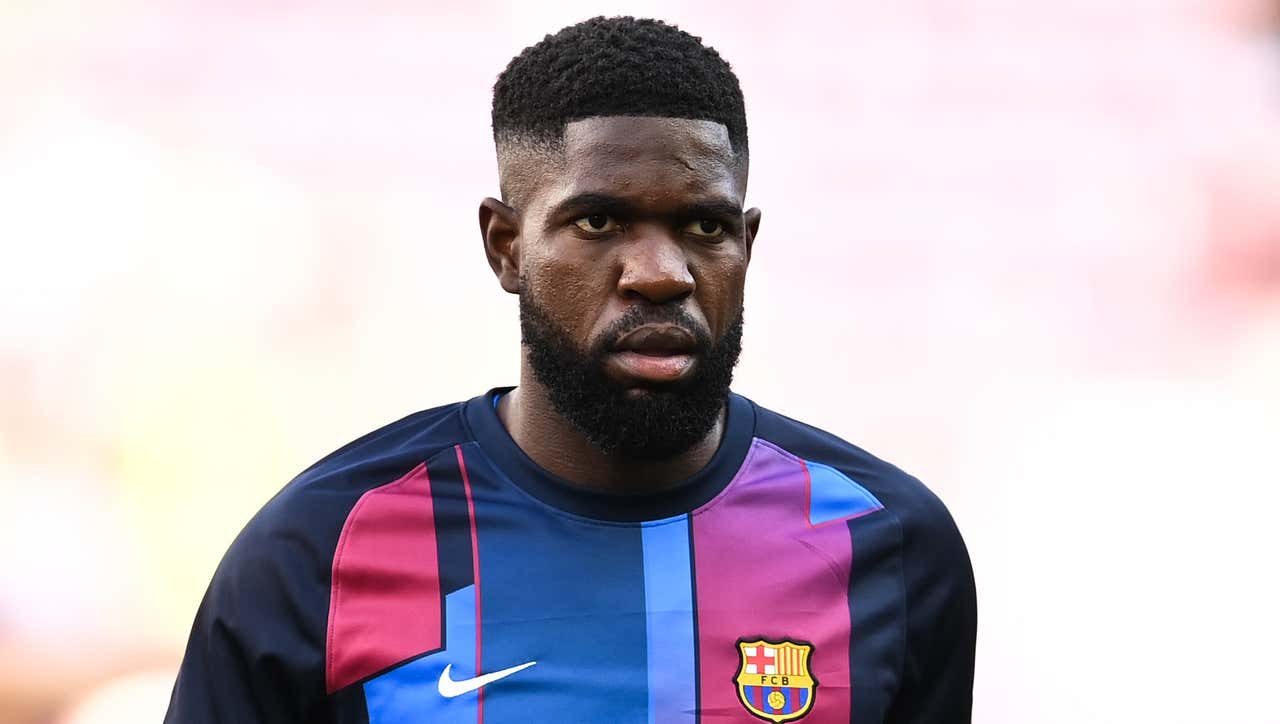 [골닷컴] Reporter Dong-Hun Kang = Spanish professional football Barcelona has started working on the release of Samuel Umtiti (28), who has only been in the contract for five months. He is already pushing to terminate his contract as he has had previously struggled to sell.

Multiple media outlets such as Spanish ‘Bisaker’ and ‘Barcelona Nauticias’ reported on the 19th (Korean time), “Barcelona has to reduce the wages of the squad to recruit new players, so they plan to organize resources outside of the power team. Among them, consider terminating the contract with Umtiti. It has been confirmed that they are doing this,” he said.

It’s really super strong. Barcelona signed a four-year long-term contract with Umtiti in January. At the time, when there was a problem in registering Ferran Torres (22) and Pierre-Emerick Aubameyang (33) in the squad due to exceeding the upper salary limit, the contract was extended with Umtiti on condition of a pay cut.

Of course, even if Umtiti renewed his contract, the future was expected to be uncertain, and in fact, he did not appear in a single match in the official match. Nevertheless, there was a slight possibility that he could use it as a rotation resource for the next season as he still had a lot of contract remaining.

However, Barcelona drew the sword to terminate the contract rather than sell or lease it. I am grateful that Umtiti signed a new contract while cutting her salary, but it is the best choice I made because it has been a long time since I was classified as an outsider, and I have had many difficulties in selling due to a history of frequent injuries and reduced skills. media analysis.

Umtiti joined Barcelona in the summer of 2016. At the same time as the transfer, he immediately took the starting position and showed stable defense by working with Gerard Pique (35). However, starting in 2018, his career has been on a downtrend due to a series of injuries, and he has been classified as an out-of-power player. In fact, he made only 49 official appearances in the last four seasons. Even that, the appearance time per game was only 70.1 minutes.