“Singto Prachaya” won the first bachelor’s degree! Saying that 8 years are worth it. Thank you for fighting. study with friends Graduated with a friend who studied medicine.

Home » Entertainment » “Singto Prachaya” won the first bachelor’s degree! Saying that 8 years are worth it. Thank you for fighting. study with friends Graduated with a friend who studied medicine.

“Singto Prachaya” won the first bachelor’s degree, graduated from the supervision of Bangkok University, saying it took 8 years, but it was worth it. Studying with friends Graduated with a friend who studied medicine. Thank you to myself for fighting and friends to help. It has been postponed for 2 years, but the fans are happy to join. Plans to continue with the same master’s degree, but still not in a hurry, worried about sending a new home and worried about his father’s knee deterioration I decided to stop adding games because I had to think about spending money.

Although it took as long as 8 years, but finally today (May 20) the young actor “Singto Prachaya Ruangrot” received his first bachelor’s degree from the Faculty of Communication Arts Radio Broadcasting television Bangkok University succeeded in occupying With a 3.5 GPA, it can be said to be a gift to your father as intended. in which this work, in addition to having a father And the family has come to congratulate There are still many fans coming to support.

“Just finished the first time Even though it’s been 8 years since I studied (laughs), it’s not stressful. There was a time when we felt very tired too. But I’m glad it passed. Fortunately, it’s something that I like and love. We tend to pamper ourselves a bit. Transfer to study in what you like. is communication science I have come to learn what I like. and then feel that there is the same thrust Makes us feel that wherever we have moved, we want to study well. Let’s finish it. Even 8 years is okay. I don’t care what anyone says I have done what I like Chasing his own dreams is fine. We have gained a lot of experience. Most importantly, we made new friends. that if not moved would not have met And there are many older sister connections as well.”

Grade 3.5 almost honors Stick to the university rules, not counting people transferring their units.
“GPA is 3.49 or 3.5, but I have an ink class. transferred from Kasetsart University to Bangkok University If one of the subjects is transferred, he will not be counted as honors. So it’s not honorable. But the grade is considered appropriate. that we learn what we like.”

Covid has been postponed for 2 years, but the fans are still willing to stick together with a bouquet of flowers made from bank notes
“Maybe because I haven’t seen my fans for a long time. That is, if it’s in Thailand This is almost the first job. that has gathered so many fans since there was covid Many people haven’t seen each other in almost 3 years. His fans should be overwhelmed. In the end, we graduated because of the many fans. I have been following Singh since I was studying at Kasetsart University. Then when Singh decided to move to Bangkok University There are many fans who are cheering on social media a lot. I want you to finish your studies quickly. Until today, it’s over. pushed up with covid causing him to be postponed for two years, everyone was waiting.”

It is another important moment in life. that want the fans joined to congratulate And it’s a good opportunity after not seeing each other for a long time.
“Actually, it’s just a meeting, but as we all know, during the ordination ceremony, Singh is not open to fans to attend because I want it to be a closed event. only family But today is another event. important in our lives as well I want the fans have come together to congratulate And plus it’s a period that I haven’t seen fans for a long time. I took this opportunity to meet the fans. There is no singing (laughs).”

A special gift is meeting fans. one more time
“Ask if there is anything special for yourself. In fact, just to meet such a large number of fans. It’s considered a special thing for possessing. It’s really special because I haven’t seen such a large number of them before. except going to a fan meeting in Japan which will be the fans Mostly Japanese.”

decided to stop adding the game Then use the money to buy a new house. because my father’s knees deteriorated The old house is difficult to go up and down. Expected early next year, ready to move in
“Using money must be considered more. Games that used to fill up, don’t call it lighter. It’s called clearing out. There are many games that feel we can’t play Because we already have a burden (laughs) We have a burden to pass. The decision to buy a house, to be honest, is that your father has deteriorated knees. And as far as talking to the doctor at first It seems that the father will have to have a knee surgery. And at the old house The bathroom is on the 1st floor, the bedroom is on the 2nd floor, when going up and down the father will be difficult. So I felt that it was time to really buy a house. So this is the house that came up. which still do not know when it will be finished as well is a successful house But inside for the brothers Close friends put the interior for you if you want to be sure that you can go in. I can see that early next year. Fortunately, my father’s knee The doctor still didn’t let me cut it. Treat it with medication, give it a patch, and you’ll be relieved.”

Plans to study for a master’s degree in the same field but not now Because there are many factors that cause anxiety.
“The plan to continue studying has been telling me for quite some time. But due to many factors, it makes us feel anxious as well. but have not left What are we doing late? Therefore, Singh felt that with just continuing to study It’s okay to be late But definitely not leaving the plan It has an added factor. is that we have to send home And we are worried about your father’s knee condition. so it’s okay We feel that it can slow down. Anyway, we’re not leaving. I thought that I would continue to the same branch. Our hearts still love this point. It used to be the feeling that how much we liked it. When we were in high school It still is today. In the future, we still have to find ourselves. In fact, even if we study. I’m not sure if I’m finished and will be able to work in my career or not.”

thank you for fighting Thank you fans for your support. and thank you friends to help
“First, I want to thank myself. Who has been very patient with the 4th year of Kasetsart University is that everyone cheered that they didn’t finish their studies. and then went on to pursue another bachelor’s degree. which we know that it can’t resist We thank ourselves very much. who are brave enough to move to study what they like more When he told his father that he asked for it Dad said take it. do what you want to do And thank you to all the fans who have always supported me. thank you friends who carry things all the time

That is, during our studies at Bangkok University. It’s during our work time. It’s quite heavy as well. but will have friends group studying together to help with work Please follow me to check the name. I have an exam today. Don’t miss it. And thank you Jane. Queue up. very tired but passed Thank you for everything that made us through. Finally, I want to say I finally finished. After attending the study project with friends Graduated with a friend who studied medicine (laughs), but it’s worth it. got a lot of friendsg” 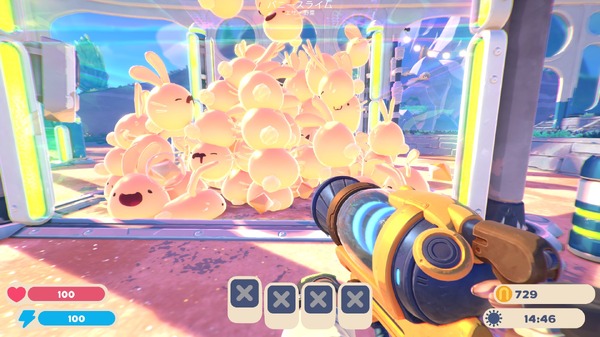