Son Heung-min is celebrating with the 9th goal in the league.[사진=연합뉴스]” xtype=”photo”/>

【Youth Daily】 Son Heung-min (Tottenham) scored the 9th goal in the league against Manchester City after receiving a negative test for a novel coronavirus infection (Corona 19) and climbed to the top of the scoring ranking alone.

Son Heung-min scored the first winning goal in 5 minutes in the first half against Manchester City in the 9th round of the English Premier League (EP) in the 2020-2021 season held at Tottenham Hotspur Stadium in London, England on the 22nd (Korean time). Tow a 2-0 victory.

With this goal, Son Heung-min increased the number of goals scored in the season to 9 goals, ascending to the sole leader in the EPL scoring ranking.

It is also the goal that Son Heung-min scored in over a month after scoring against Burnley on the 27th of last month. After the Burnley match, Son Heung-min did not taste the goal in a total of four games, including the EPL and Europa League.

Above all, he was convened by the national team during the last A match and played two consecutive matches to Austria, and he managed to avoid the spread of Corona 19 within the national team and scored a’safe’ goal in the first game he had after returning to his team, greatly relieving fans and the Korean soccer world Made it. 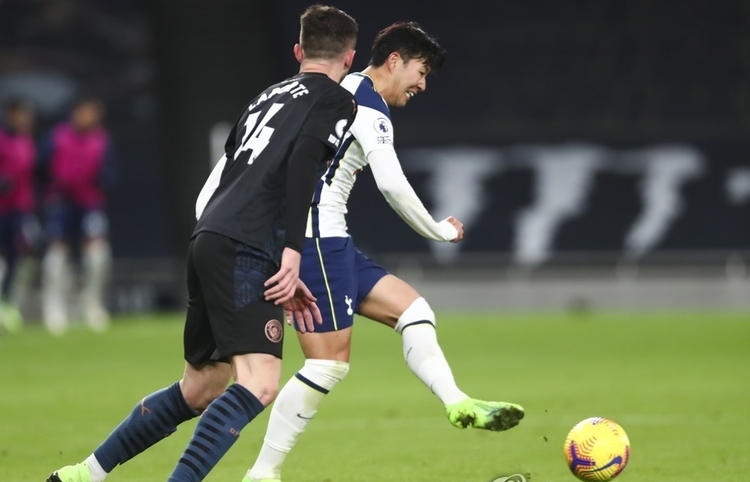 Son Heung-min, who started as a striker on the right flank, shook the net after infiltrating the opponent’s back space in 5 minutes in the first half.

When Tangwi Ndombele passed the roving pass over the defensive line, Son Heung-min rushed to the ground and dribbled once, then split the goal with a left-footed ground shot from the left of the penalty teak.

Son Heung-min, who scored his first shooting opportunity with a cool goal, was almost able to record a help for Harry Kane, a’combi’ in the 13th minute of the second half.

The ball handed over by Stephen Berchbain from the left was connected with a pass aimed at Kane, where Son Heung-min on the right was running through the door, but Kane was judged offside and swallowed up regret.

In the 20th minute of the second half, with Giovanni Rosselso’s additional goal, Son Heung-min indirectly helped to score.

In the counterattack situation, Son Heung-min digs to the right, creating an empty space on the left, and Rosselso, who digs in here, received a pass from Kane and shot from the left side of the goal area, shaking the net.

Kane further solidified his sole lead in the division by raising the season 9 assistance in the league. It widened the gap with 2nd place Jack Greeley (5, Aston Villa) to 4 points.

Tottenham, who became 6 wins, 2 draws and 1 loss by victory on this day, jumped to the sole lead, overtaking Chelsea (18 points), who played 9 games side by side by accumulating 20 points.

However, Leicester City, third place with 18 points, has played one less game.