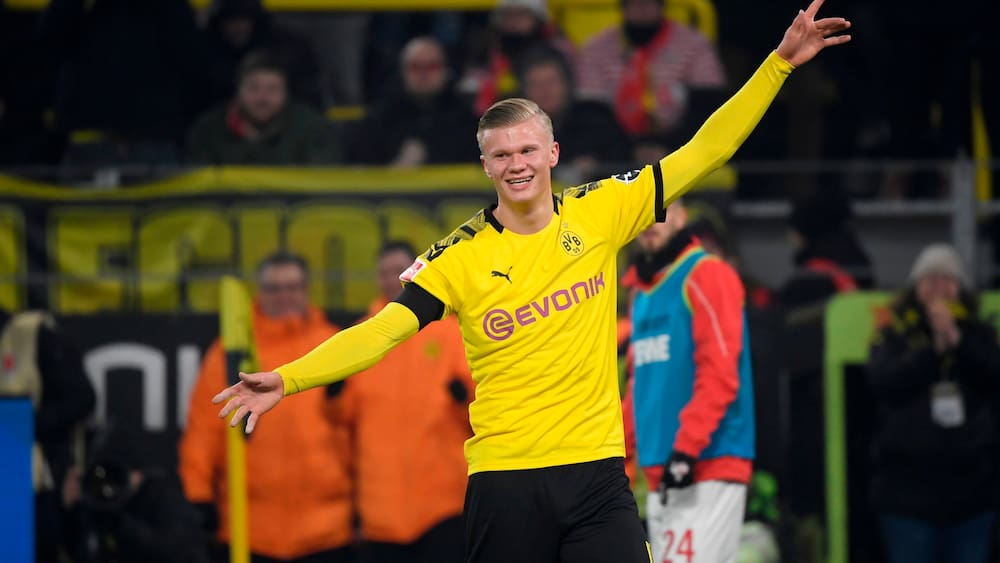 Borussia Dortmund – Cologne 5: 1
It takes 52 seconds to get the ball into the Cologne network for the first time. Raphaël Guerreiro pushes in for Dortmund – after a perfect presentation by Jadon Sancho. BVB – with Roman Bürki in goal and Manuel Akanji in central defense – don’t let anything burn in front of their home backdrop. After 29 minutes Marco Reus made it 2-0, shortly after the break Sancho increased it to 3-0 – the preliminary decision. Mark Uth’s goal for Cologne to 1: 3 remains cosmetic result. A few minutes later it gets loud again in the Signal Iduna Park. Namely, when Erling Haaland gets rid of his training pants on the sidelines and gets ready to intervene as a wild card. And the man who shot Augsburg with a hat-trick last week at his Bundesliga debut also cheers in his second game in BVB dress. Minutes after his substitution, Haaland dusted to 4: 1, shortly before the end he set the end of this game with his double pack to 5: 1. Five goals from two games: King Haaland rules Dortmund! BVB celebrates and jumps to 3rd place at least overnight. Cologne, on the other hand, slides ever lower towards the relegation zone.

After the Klinsmann scandal – Hertha’s fight against the sporting crisis