“Stage 1, it doesn’t mean that the risk has been reduced…can spread at any time” (General) 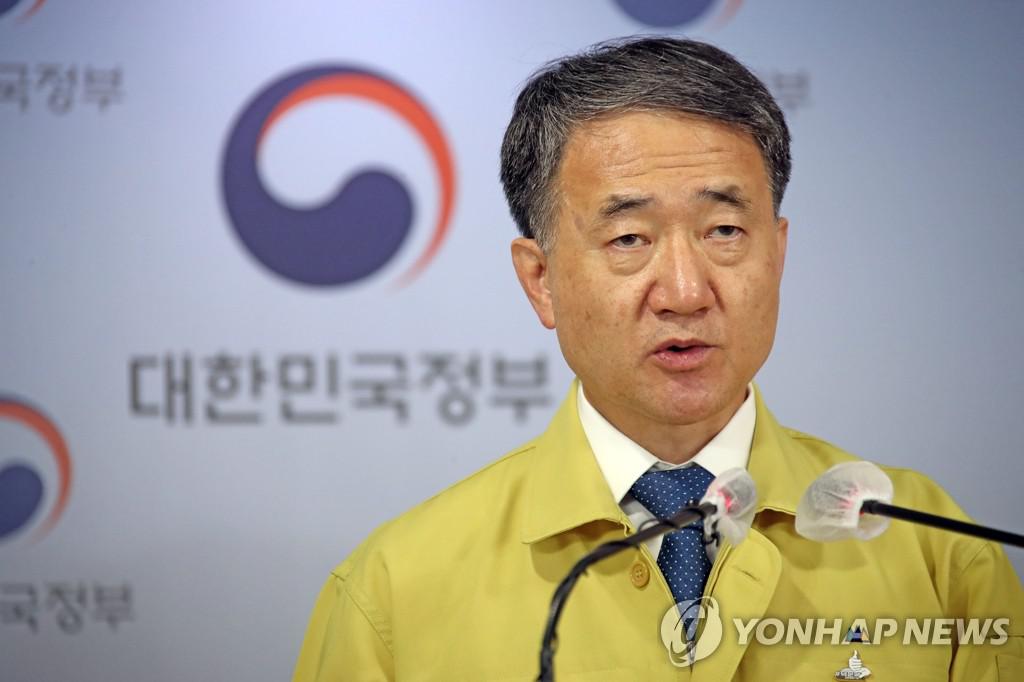 Recently, the number of new coronavirus infections (Corona 19) on average per day remains at double digits, but the decline has been somewhat stagnant.

The government diagnosed that there is still no large-scale spread due to the Chuseok and Hangeul Day holidays, but there are still some uneasy factors as group infection continues in facilities vulnerable to infection, such as nursing homes and rehabilitation hospitals.

According to the Central Disaster and Safety Countermeasures Headquarters on the 18th, the average daily number of new confirmed cases in the region for the last two weeks from the 4th to the 17th of this month was 61.8, down by 4.7 from the previous two weeks (66.5).

In the case of the metropolitan area, the daily average number of confirmed cases in the region decreased by 5.2 from 51.8 to 46.6.

On the other hand, in the non-metropolitan area, sporadic infections continued in many places such as Busan and Daejeon, increasing slightly from 14.7 to 15.2.

Indicators such as the number of new outbreaks and the proportion of patients with unknown infection routes have improved.

The number of group infections that occurred in the last two weeks has decreased from 29 to 24, and among new confirmed cases, 16.5% (178 out of 1,82) who have’investigated’ the route of infection, the previous two weeks (17.4%). It decreased slightly.

However, the government judges that there are still some uneasy elements. 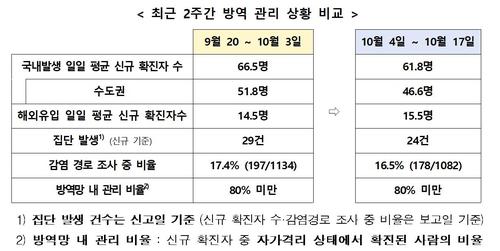 The script explained, “The infectious reproductive index is maintained around 1, and the decrease in the number of local patients is stagnating,” and said, “In particular, the metropolitan area is not showing a marked calm.”

In fact, comparing the status of weekly quarantine management, the average daily number of new confirmed cases in the region for the last week (10.11-10.17) before and after the point of easing the’social distancing’ stage to one stage was calculated as 62.1.

This is a slight increase from the previous week (61.4 people).

“The number of cases of group infection is decreasing, but group infection continues in vulnerable facilities with many high-risk groups such as nursing hospitals and rehabilitation hospitals,” said Park Neung-hoo, first deputy chief of the junior script. There is a situation” he said.

“Until vaccines or treatments are developed, the prolonged corona19 epidemic is inevitable, and the epidemic is spreading more globally,” he said. “Find a way to harmonize daily life with social and economic activities while appropriately controlling Corona 19. I have to pay.”

He then said, “The adjustment to the first stage of distancing does not mean that the risk of Corona 19 has decreased, but that it means that we will start an effort to harmonize our daily life with Corona 19 again.”

Meanwhile, the government is planning to conduct preemptive tests to block the transmission of infections centered on nursing hospitals and facilities.

The Joongdaebon emphasized that “from next week, we are making various efforts, such as conducting diagnostic tests in Japan for nursing hospitals, nursing facilities, and mental hospitals in the metropolitan area, and reinforcing travel quarantine management in the fall.” 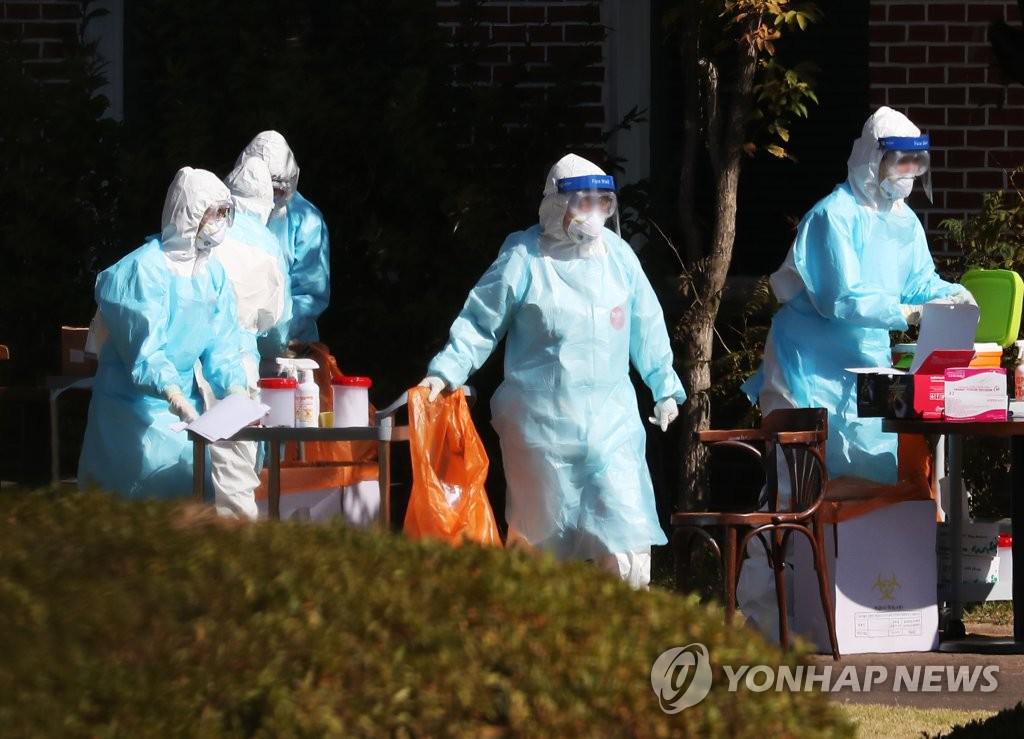 Former Finance Minister writes an article, is it...

മേലോട്ടു തന്നെ; Petrol and diesel prices have been...

Ministry of Science and ICT “There is no...

The more vaccines, the better! “Secretary of...