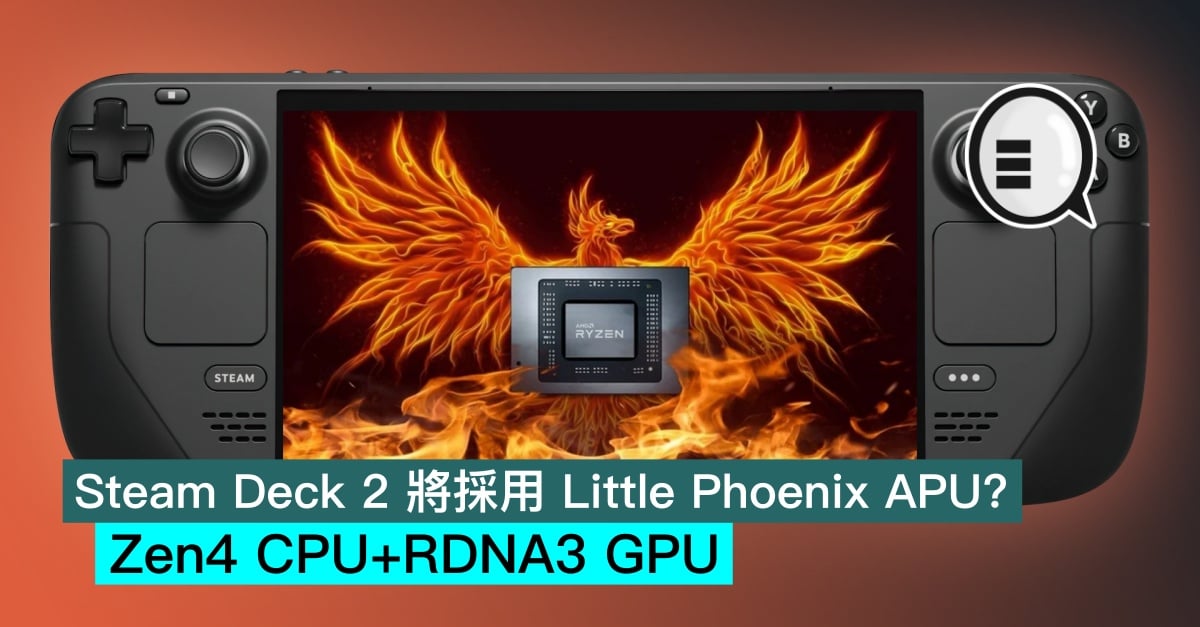 Valve Corporation used AMD’s custom Van Gogh Soc for the Steam Deck portable game console. Since AMD is working hard to use Zen4 CPU+RDNA3 GPU as the next generation model while developing Phoenix Point APU, we think there must be a special connection between the two.

Netizen Moore’s Law Is Dead told us via YouTube that the Van Gogh Soc will replace the Van Gogh APU associated with Phoenix Point.

It is said that the Van Gogh Soc customized by Steam Deck is equivalent to the extended version of “ultra-low power consumption and compact” of Phoenix Point APU. It is worth mentioning that the Phoenix Point APU, AMD’s next-generation Zen4 CPU + RDNA3 GPU product, has been confirmed to integrate an AI engine and will be officially released in 2023.

In contrast, today’s Steam Deck uses a Soc configuration based on Zen2 CPU+RDNA2 GPU. The “Little Phoenix” processor, known as Van Gogh’s successor, is expected to be manufactured using a 4nm process. Its core size is about 110-150mm², which is smaller than Van Gogh but larger than Mendocino. It can greatly improve the performance of Steam Deck. .

In terms of details, it is designed with a 4C/8T CPU acceleration frequency of about 4GHz, and the performance of IPC is improved by 25-35%. The core part is 4 groups of WGP/8CU/1024.

Not only that, but AMD paired Little Phoenix with a 128-bit RAM controller and LPDDR5-6400 or LPDDR5X-8533 RAM. Now, time will tell as to what the future holds for Little Phoenix.

Finally, we can see that the Steam Deck portable console will have the opportunity to get a 50% CPU performance boost and a 60% GPU boost. As for the final result, Valve will announce the final result one day in the next two years, so let’s stay tuned!