Steam players are extremely acclaimed, and the new content added to the official version of “Gunfire Rebirth” is here | 4Gamers

After “Slay the spire” (Slay the spire) came out, Roguelike genre works have sprung up, but among the many works, there are very few works that can win the hearts of players. Gunfire Reborn, a shooting battle with Roguelike elements, is a work affirmed by the majority of players.

The gameplay is changeable, and each game is a completely different experience

The gameplay of this game is quite intuitive. The goal is to challenge the final boss through layers of levels. After the challenge is successful, new difficulties will be unlocked. The official version has a total of 11 difficulty levels to challenge. Each time you play, you will unlock more game content, such as more weapons, secret scrolls, and random events.

In addition to single-player challenges, you can also find friends to have fun together. Up to 4 players can play together. If you are a marginal person like the author, this game can also use the online matching mechanism. 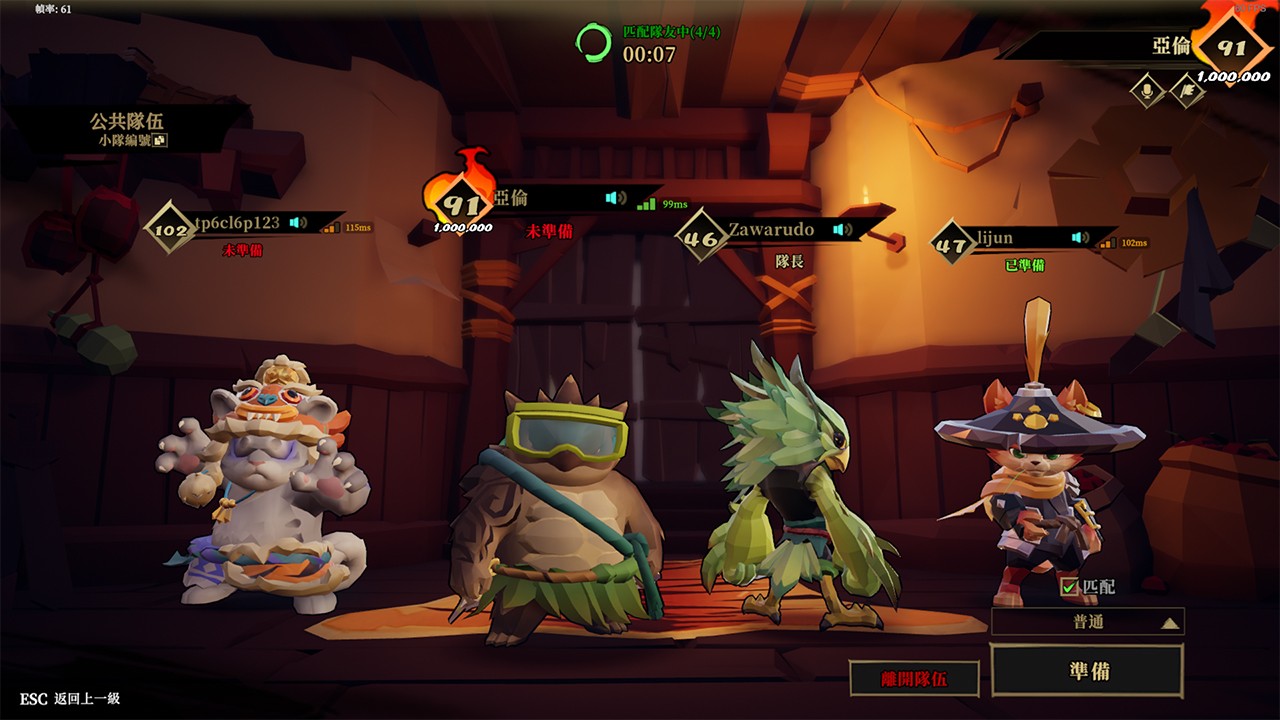 On the way through the level, there will be weapons, awakenings, and secret scrolls that can increase your combat power. Interestingly, these abilities need to be randomly selected from one of the three types. According to the player’s preferences and strategies, various gameplay genres will be formed.

Even though it is the same weapon, the difference in “level” and “entry” will result in great differences in damage and effectiveness. When selecting a weapon, it is an important basis for selection. 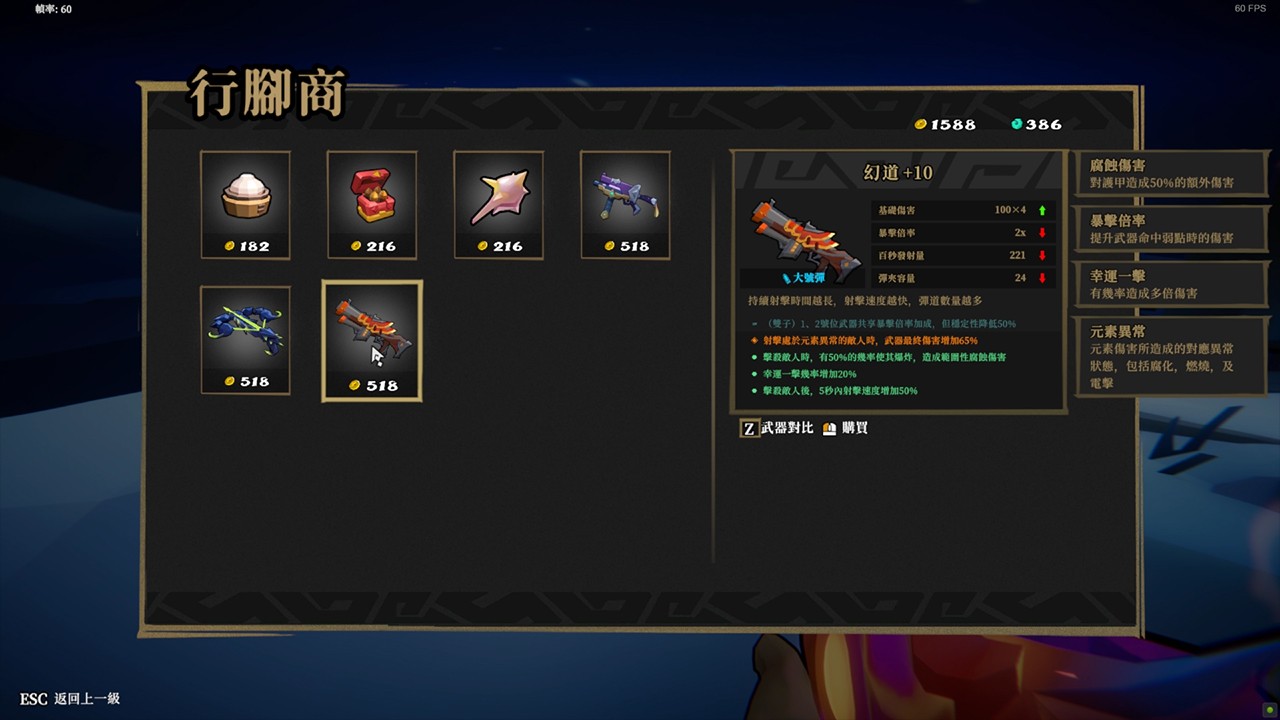 The “Secret Scroll” is an item with passive abilities, and its importance is no less than that of weapons and awakening. There are a total of 148 types of secret scrolls, which are divided into three rarities: common, rare, and legendary. If you buy them in the store, they will correspond to different prices. It should be noted that in addition to the above three types of secret scrolls, there is also a “curse” secret scroll. The passive effect will be negative and cannot be discarded once held. 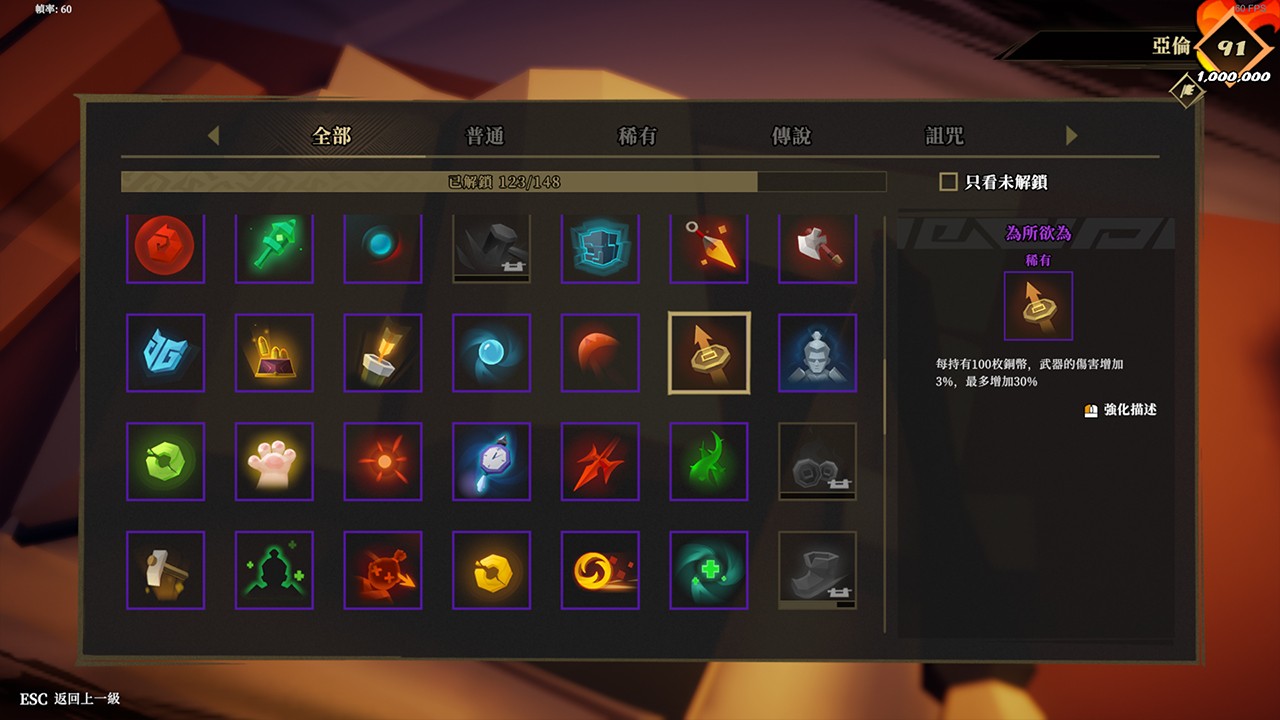 Death is just a process, permanent strengthening reduces the difficulty of the challenge

After all, the main game is Roguelike, so the weapons, awakenings, and secret scrolls obtained in the game cannot be passed on to the next game, but the collected “Essence” is a permanent currency, which can unlock “talents” to strengthen the hero’s ability or unlock The new character not only reduces the difficulty of future challenges in the game, but also gives players the experience of “accumulating assets”. There are six types of talents to strengthen heroes, namely exploration, combat, craftsmanship, survival, weapons and heroes. The lower the talents, the more “Essences” are needed. Of course, the enhanced effects are better. For example, the survival type’s top talent “Explosion-proof armor”. The effect of full points is to reduce the damage by 75% and greatly increase the battle. Survivability. 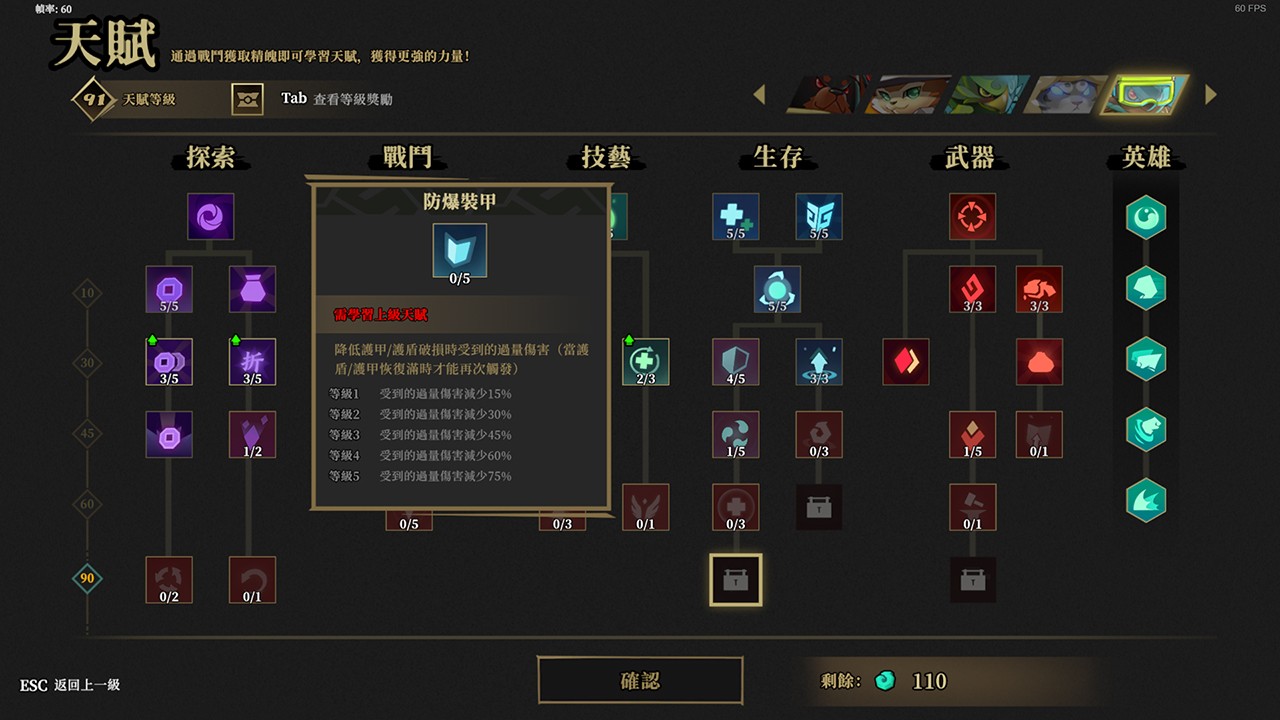 It is worth mentioning that the monsters in this game have different attack methods. The first time they encounter it, it is easy to die due to unfamiliarity, but after familiarizing themselves with its behavior mode, the difficulty will be greatly reduced. With the enhanced effect of, players can explore farther and even pass levels faster every time they play, which is very fulfilling.

The following are the new additions to the official version of “Gunfire Rebirth”. 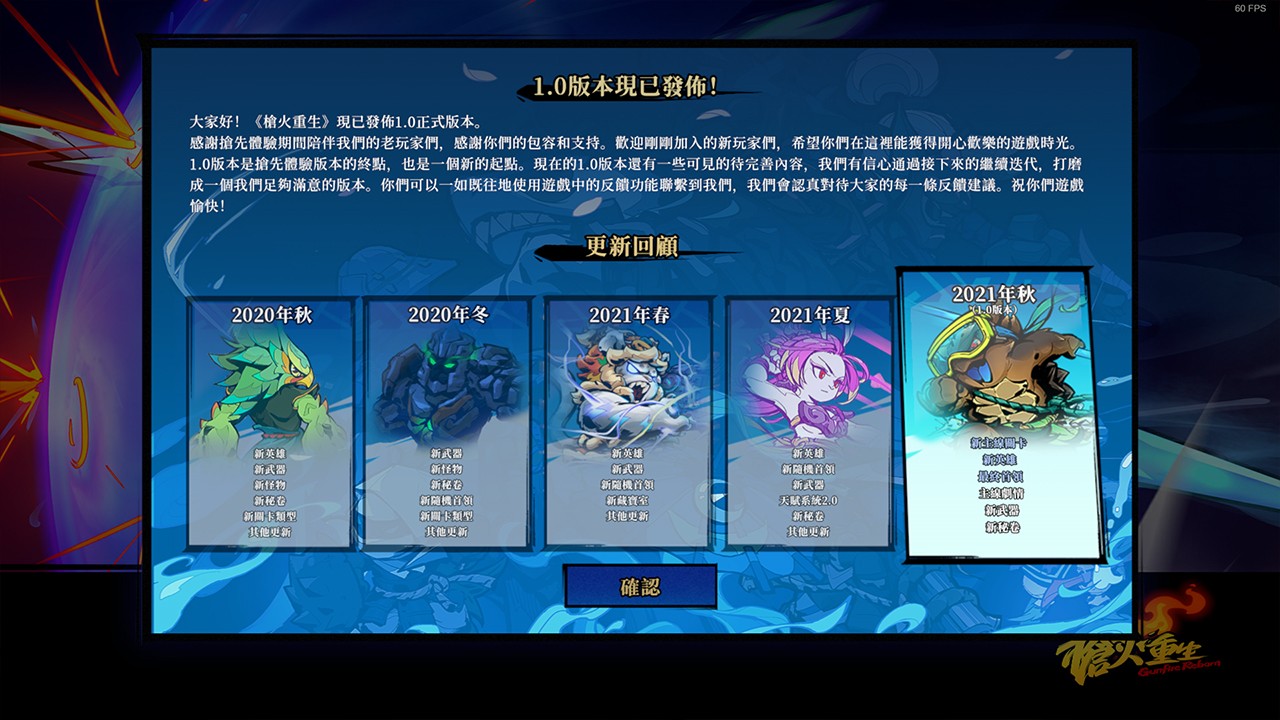 Charge into battle! The new hero “Chitose” with both offensive and defensive capabilities

Chitose’s main gameplay is to use “Tide Shield” to get close, and then use “Fist” to beat the enemy. That’s right, Chitose is different from other characters who are good at remote output, and the skill design is more suitable for close combat with the enemy.

It is worth mentioning that the judgment of “Tide Shield” is very wide, as long as the attack that appears in the field of view is almost immune to the attack, it is a little bit careful to move it, and the secondary skill “punch” can be easily output. 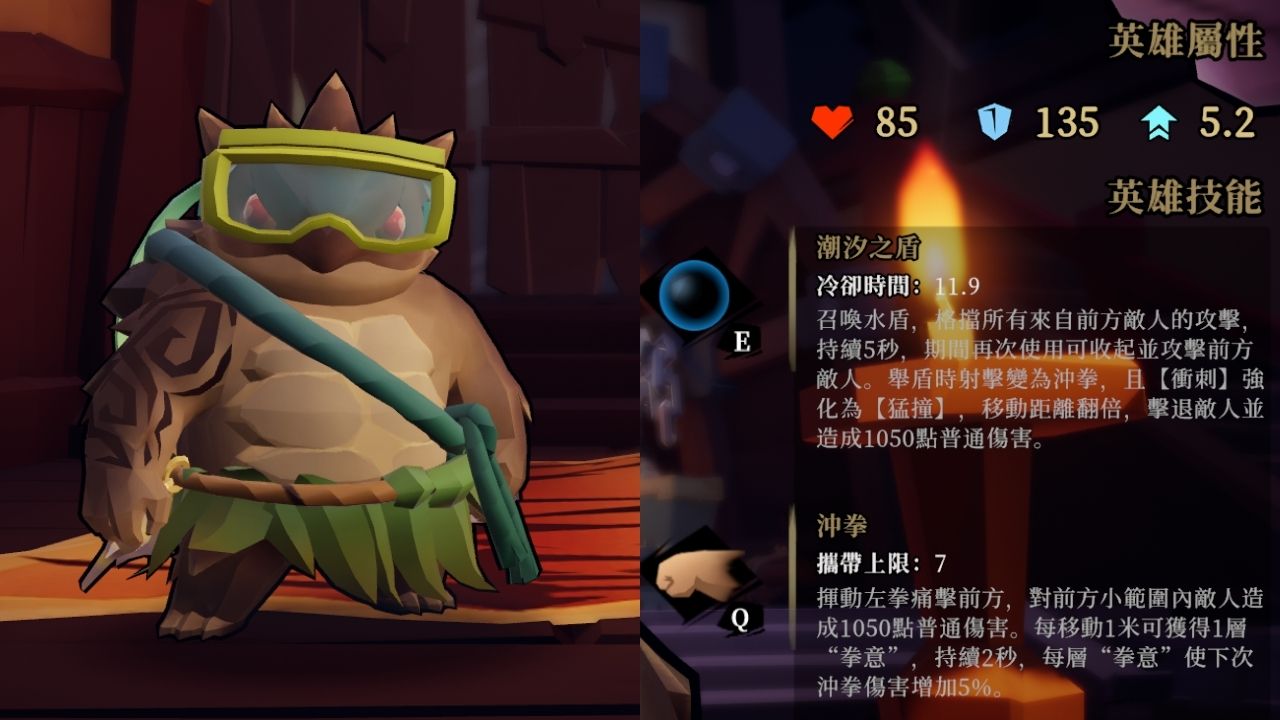 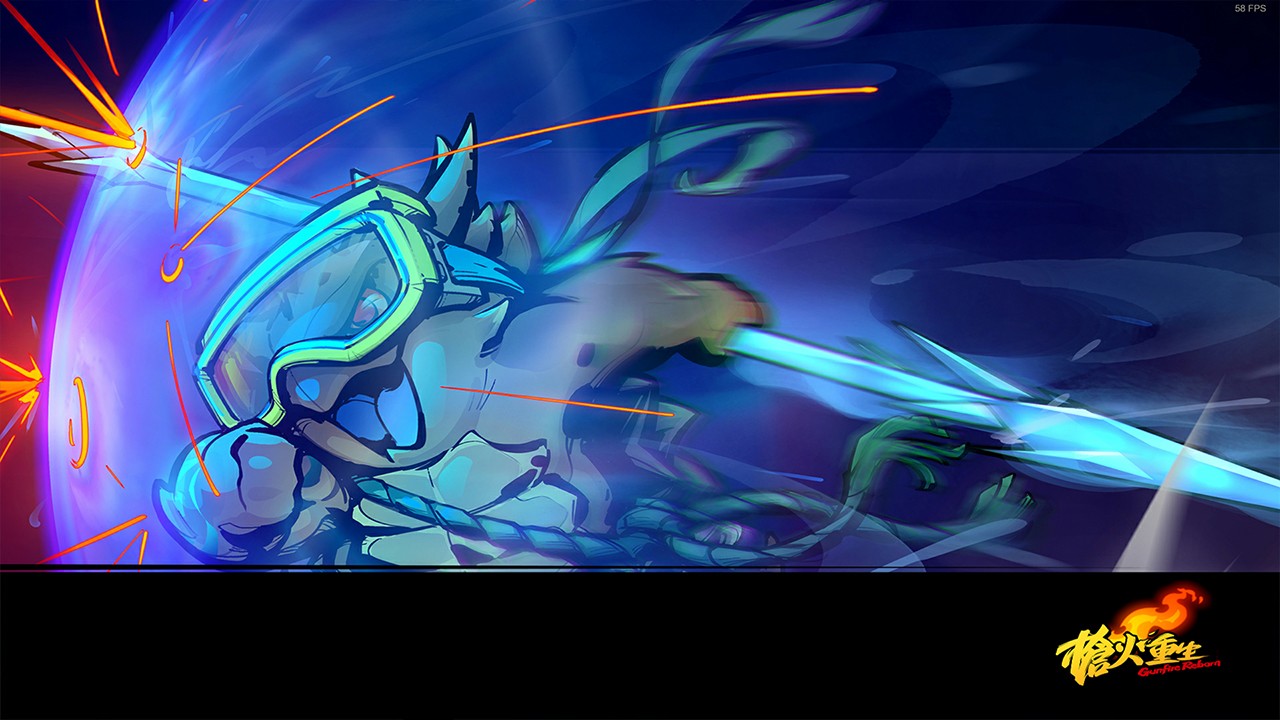 During the “Tide Shield” skill, the sprint will turn into a “collision”, which not only doubles the displacement distance, but also causes damage to enemies on the path. And the effect of awakening “Crash” is to defeat the enemy when the shield is lifted. “Crash” will enter a non-cooling state for 2 seconds. If the skill damage is enough, you can quickly alternate between “Crash” and “Fist” to achieve shuttles on the battlefield. Effect.

Two powerful weapons have been added to the official version, namely the “Shaking Mountain” which uses special bombs and the “Frost” which uses large bombs. 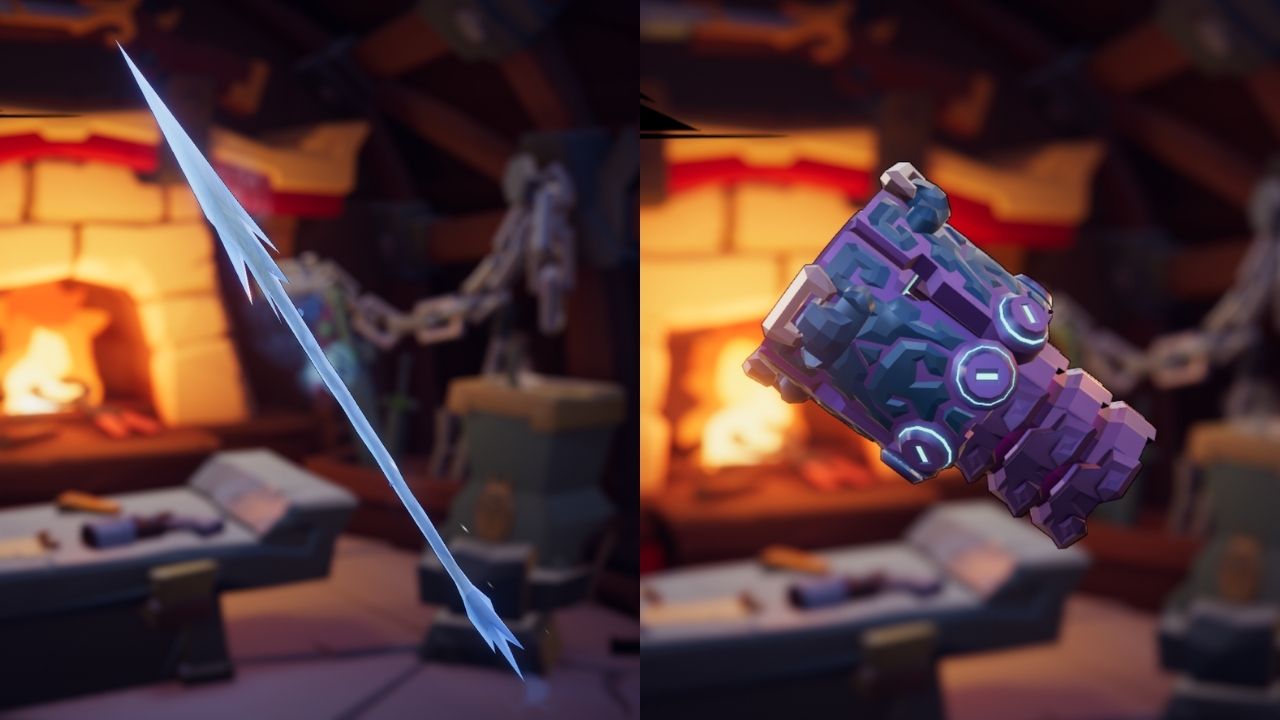 Frost’s attack method is to throw a spear, which has a penetrating effect. In particular, the thrown Frost can be recovered with the right button, and the path will cause damage again. As a whole, Frost is more suitable for medium and long-range output. It is a weapon with both damage and abnormal attributes.

The left button of Zhenshanpiao is a close range damage, and the right button is to fire three shells continuously. Regardless of awakening and talent, Zhenshan Pip is undoubtedly the weapon with the highest damage in the current version, but one shot of Zhen Shan Pip will consume three special rounds, and skills are required to have sufficient endurance.

In the EA stage, there were only three levels: “Dragon Tomb”, “Anxi Desert”, and “Shuangyu Mountain and Sea”, and the official version finally ushered in the fourth level “Zhongbei Snow Mountain” and the final BOSS “Polar Demon King”.

The “Polar Demon King” will attack with a big sword, and use the power of the Lich to make long-range attacks. After reaching a certain amount of blood, it will also perform special moves, which is quite challenging.

The official version is rich in content, worthy of returning to the old players

The gameplay of “Gunfire Rebirth” has been recognized by the majority of players at the EA stage, and now the official version of the new content is also quite rich, not only has new heroes with unique gameplay, but also new weapons, secret scrolls and levels to increase playability , Can be said to be full of sincerity and worthy of the old players.

Directed by Yeon Sang-ho, the original creator of Hell, if Netflix doesn’t do it… interview

The Motorola Moto X30 has a version with...

Are you a real person? Epic Games unveils...

The definitive version of the heart-threatening eye shooting...

IPad mini can also be stored. I...