Students and parents of Eunhye Elementary School in Seoul, who closed without permission, win a lawsuit 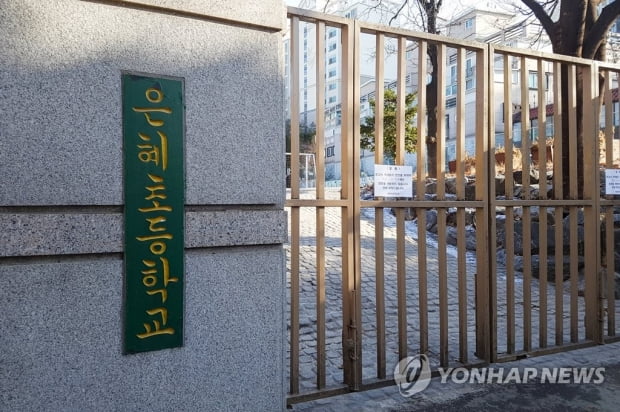 Compensation of 3 million won for students and 500,000 won for parents… “The right to learn underage students is an independent right”
The chairman was found guilty until the second trial of the criminal trial… Supreme Court decision on the 30th

In 2018, students and parents of Eunpyeong-gu, Seoul Eunhye Elementary School, which unilaterally closed its doors, won a lawsuit against the school corporation.

The second division of the Supreme Court (Chief Judge Cheon Dae-yeop) announced on the 24th that it had confirmed the lower court ruling that part of the plaintiffs won in the appeals trial for damages filed by 182 students, including Eunhye Elementary School students and parents, against Eunhye Academy and its president, Kim (62).

The lower court (the second trial) ruled that the grace school and the president should pay 3 million won per student and 500,000 won per parent.

According to the court, at a board meeting in December 2017, Eunhye Academy decided to close Eunhye Elementary School from February of the following year due to financial deterioration.

Since then, the school district has rejected the application for permission to close the school.

Parents reacted to the sudden decision to close the school by forming an emergency response committee.

However, even after school started in March 2018, Eunhye Elementary School did not conduct academic administration, such as not assigning a homeroom teacher.

Read Also  The Fifth Session of the Twelfth CPPCC of the Autonomous Region concluded successfully. Leaders such as Shi Taifeng and Wang Lixia attended the meeting to congratulate Li Xiuling for hosting and delivering a speech-News Center-Inner Mongolia News Network

Eunhye Academy closed Eunhye Elementary School that year without the approval of the authorities.

In April 2018, parents and students filed a lawsuit for damages against the corporation and the president, saying, “I suffered damage by abruptly notifying the school closure without collecting opinions or a grace period.”

A side of Eunhye Academy protested, “There was no way to solve the deficit, so we had no choice.” However, in the first and second trials, the corporation unilaterally decided to close the school and notified them, and raised the hand of students and parents saying that there were no follow-up measures.

The Supreme Court affirmed the judgment, noting that there were no problems, such as misunderstandings, in the judgment of the second trial.

The court pointed out that underage students’ right to learn is a specific right recognized based on the Constitution and the Basic Education Act, and is an independent right that exists separately from parents’ right to education.

Separately from the civil lawsuit, Chairman Kim was charged with arbitrarily closing Eunhye Elementary School without the approval of the Seoul Superintendent of Education (violation of the Elementary and Secondary Education Act, etc.)

The Supreme Court’s decision is due on the 30th.