[Epoch Times December 03, 2021](Hong Kong Epoch Times reporter Li Siqi comprehensive report) Alvin Chau, chairman of the board of directors of Suncity Group Holdings Limited (01383.HK), has once again attracted media attention, but this time it is not an entertainment version Lace News, but suspected of opening a casino in China-Zhou Zhuohua, a former member of the Guangdong Provincial Committee of the Chinese People’s Political Consultative Conference, was arrested by the Macau police on the morning of November 27.

Because Zhou Zhuohua supported Hong Kong’s “send to China” in 2019, Taiwanese financial expert Huang Shicong said in the TV program “Critical Moments” that there is no “send to China”. As soon as the CCP wants to arrest people, Macau will immediately do it, and it is too obedient; Zhou Zhuohua, who was worth 40 billion Taiwan dollars (approximately US$1.44 billion), wore black hoods and handcuffs when he was arrested, which is a true portrayal of Macau’s current situation.

Huang Shicong also said that what the CCP really cares about is the list of VIP gamblers in Zhou Zhuohua’s hands, because it is no secret that CCP officials are involved in gambling and money laundering.

Zhou Zhuohua was born in Macau in 1974, nicknamed “Ximi Hua”. He was born in San Zhaoqing City, Guangdong and has Portuguese nationality. Zhou Zhuohua, known as the “hall king” of the VIP room, is often referred to by the media as “Asia’s new gambling king.” Macau casinos are divided into an ordinary lobby and a VIP room. Those who go to the ordinary lobby are small gamblers, and those who enter the VIP room bet tens of millions at every turn.

Zhou Zhuohua, the husband of Taiwanese artist An Yixuan and the CEO of Dejin Group Chen Ronglian, is not the only one who has prospered in Macau casinos. But Zhou Zhuohua has done the most.

In 1994, Zhou Zhuohua began to work as a “junior” in the gaming industry, that is, people who find customers, introduce gamblers to casinos, and provide loan services, which can be said to be the predecessors of gaming intermediaries. In 1995, the 21-year-old “Ximi Hua” joined Macau gambling tycoon Yin Guoju.

At that time, the Jali Casino controlled by Yin Guoju was the only casino in Macau connected to the outer port passenger terminal. It takes about 5 minutes from the pier to the Jali Casino, with a sky bridge in the middle. Zhou Zhuohua used to look for people on the flyover and greeted the pedestrians passing by: “Sir, do you want to help? Is the money enough?”

Yin Guoju is the leader of Macau’s largest triad organization “14K”, nicknamed “Beng Yaju”, and once rampant throughout Southeast Asia, he was said to be more powerful than the governor of Australia, so that he was called “the godfather of the late Macau Portuguese” by Time Magazine. . On May 1, 1998, Yin Guoju was arrested after the car bombing of the Director of the Judicial Police Department Bai De’an in Macau.

In 1999, the 46-year-old Yin Guoju had a final trial in Macau and was sentenced to 13 years and 10 months in prison for participating in the underworld, loan sharking, money laundering, possession of arms, and illegal gambling. Zhou Zhuohua visited Yin Guoju in prison many times and was appreciated by him. With the help of Yin Guoju’s relationship and influence, Zhou Zhuohua began to operate and manage the VIP room of the casino. When Yin Guoju was released after serving his sentence, Zhou Zhuohua was already the “little gambling king” of Macau, and he worked closely with the former gambling king Ho Hong-chan’s fourth Tai Liang Anqi.

Zhou Zhuohua also caught up with the “good times.” In 2006, the total revenue of Macau’s gaming industry surpassed Las Vegas, becoming the “world’s No. 1 casino.”

In addition to being supported by a big boss, Zhou Zhuohua’s rapid fortune is also related to his active mind and the operation of online gambling. In 2016, Zhou Zhuohua set up online gambling platforms in the Philippines and other places, which not only provide all kinds of gambling, but also broadcast live dealer opening cards-gamblers in China can log in through a computer or mobile phone to see the real scene of overseas casinos. Immersive”. And through phone confirmation from Suncity employees, remote gamblers can place bets while watching the film.

Red and black take all

Zhou Zhuohua cooperated with the CCP’s United Front Department very early. On January 2, 2011, Zhou Zhuohua set up a high-profile Macau Inspirational Youth Club at Macau Fisherman’s Wharf and served as its president. Xinhua News Agency, the mouthpiece of the Chinese Communist Party, reported on this.

In August 2013, in the name of his father Zhou Tingbo, Zhou Zhuohua donated 8 million yuan (approximately 1.28 million U.S. dollars) to build the “Zhou Tingbo Tower” in the People’s Hospital of Duanzhou District, Deqing County, Zhaoqing City. According to the website of Deqing County Government, this is a donation project introduced by the United Front Work Department of Duanzhou District.

In 2015, Zhou Zhuohua initiated the establishment of the Macau Film and Television Production Cultural Association and served as the chairman of the association. Since 2016, the association has co-organized the “Macao International Film Festival and Awards Ceremony” with the Macau Government Tourist Office for four consecutive years. This is the only official film exhibition event in Macau.

Although taking the “red road”, the background of Macau’s gambling industry allowed him to enter the gang 14K early. Regarding 14K’s seniority, he is Yin Guoju’s apprentice.

The Xinhua News Agency’s “Reference News” reported in December 2015 that gamblers in China have increased in debt and Macau casino intermediaries have become debt collectors. In Macau 14K early on, people went to mainland China to collect debts for casinos in Macau. For example, the Guangdong police cracked the “first case of the underworld in Guangdong” in 2002. According to a report from Sina.com at the time, the 14K members Chen Zhixiong and Chen Bosheng involved in the case conducted illegal activities such as loan sharking and “stacking” in the Coral Hall, Treasure Island Hall and Golden Hall of the Macau Lisboa Casino in order to make huge profits.

As a Macau casino tycoon, Zhou Zhuohua is inseparable from the gang. On August 1, 2019, Australia’s “The Age” reported that Zhou Zhuohua was barred from entering Australia by the Australian Ministry of the Interior because of Suncity Group’s suspected money laundering in Australia. “Baidu Baike” is very straightforward in the explanation of the “14K” entry: “Xin Mi Hua” Zhou Zhuohua: A former student of the collapsed tooth, now the only major in Macau.

Macau casinos not only have triads, but also corrupt CCP officials who go to gamble. In 1999, before the CCP took over Macau, it sent relevant departments to Macau for a comprehensive inspection. Casinos were the focus of the inspection. According to a report by the Chinese Communist Party’s official media People’s Daily Online, people more shocking than the underworld were found-Ma Xiangdong, member of the Standing Committee of the Shenyang Municipal Party Committee and Executive Deputy Mayor, Li Jingfang, Director of the Shenyang Finance Bureau, and Ning Xianjie, Director of the Shenyang Construction Committee. People’s Daily Online claimed that Ma Xiangdong was the fuse of China’s corrupt officials’ overseas gambling incident.

According to a survey report by Sina.com, even during the so-called study period at the Party School of the Central Committee of the Communist Party of China, Ma Xiangdong brought “Selected Gambling Techniques” and “108 Skills of Gambling Techniques”, and then flew to Macau to gamble many times. At that time, Ma Xiangdong and others privately divided and embezzled public funds of 520,000 U.S. dollars.

Not only municipal officials, but small officials from impoverished counties are as generous as they are in Macau casinos. Red Wanted No. 2 suspect Li Huabo, who absconded in Singapore for four years, lost more than HK$34 million (approximately US$4.22 million) in Macau gambling. Li Huabo was formerly the chief of the Economic Construction Unit of the Finance Bureau of Poyang County, Jiangxi Province, and was repatriated to China in May 2015.

“Southern Weekend” reported in 2015 that with the escalation of the CCP’s supervision, CCP officials have changed from visiting VIP lounges in Macau casinos to remote control agents. Now that online gambling is popular, agents are also exempted. Those who want to participate in gambling can use computers and mobile phones directly.

In May 2021, a press conference held by the police in Wenzhou City, Zhejiang Province revealed that the amount of cross-border gambling involved in 2020 was as high as 822 million yuan (approximately US$132 million).

The Chinese Communist Party’s official media “Economic Information Daily” published an article on July 8, 2019, saying that the online gambling platforms in the Philippines and Cambodia controlled by “Asia’s new gambling king” Zhou Zhuohua have penetrated deeply into China, and gambling funds can be settled in RMB in China and participate in gambling. People are spread across all provinces, and the scale and number of people continue to expand. The annual betting amount of Suncity online gambling in China is more than one trillion yuan, which is equivalent to nearly twice the annual revenue of China’s lottery. The annual profit is as high as tens of billions. These funds flow overseas through underground banks.

After being named by the Chinese Communist Party’s official media, Suncity Group first issued a statement stating that the report “mostly subjective and conjecture… expresses its strong condemnation and reserves the right to pursue legal responsibility.” Zhou Zhuohua then held a press conference on July 13, 2019. In addition to claiming that he did not report any illegal activities mentioned, he also stated that he “will not be held accountable by any media for this incident.”

Less than two years later, Zhou Zhuohua was arrested by the Macau police on the morning of November 27, 2021.

According to the case report issued by the Wenzhou Municipal Public Security Bureau, as of July 2020, the cross-border gambling crime syndicate led by Zhou Zhuohua has developed a total of 199 shareholder-level agents, over 12,000 gambling agents, and 80,000 domestic gambler members. More people.

Taiwanese financial expert Huang Shicong commented on the TV program “Critical Moments”: “The VIP list that Zhou Zhuohua has in hand is what the CCP wants to master most, because there are indispensable high-ranking officials of the CCP. The Beijing authorities need to find out which ones are real gambling and which ones are. Money laundering; Zhou Zhuohua’s VIP room accounts for 40% to 45% of Macau… Zhou Zhuohua was arrested, and many people are fidgeting!”

Huang Shicong also said, “There is no’tomorrow’ in Macau, because Macau is now discussing a bill that can establish a branch of the Chinese Communist Party in casinos after it is passed, so you can check your account at any time in the future. 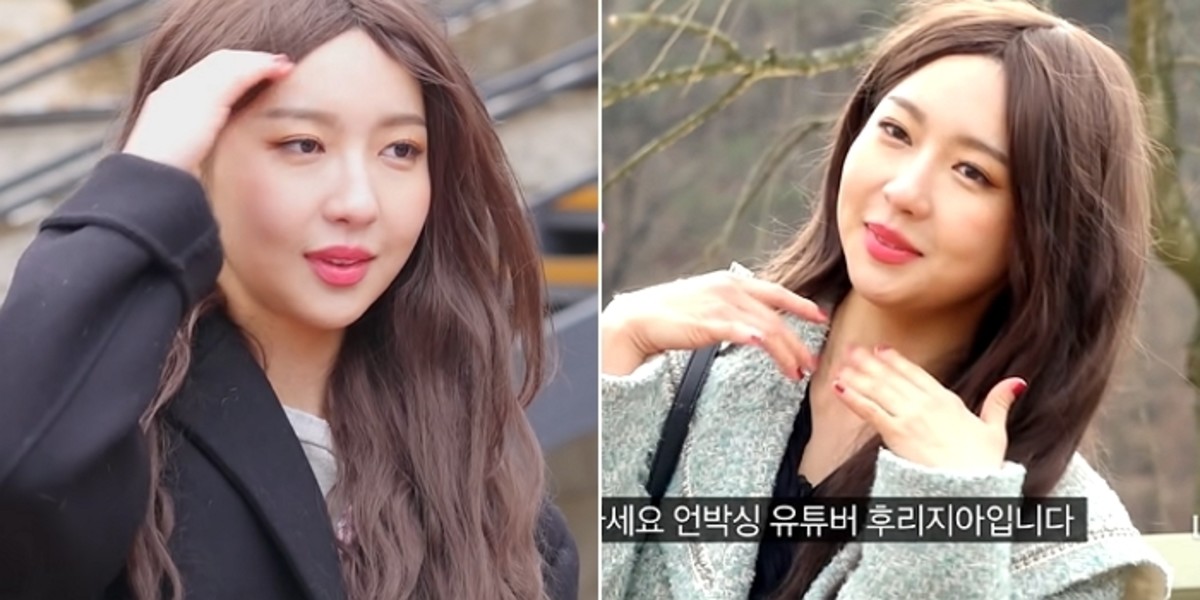 US F-35 crashes Heading an aircraft carrier in the South China Sea, injuring many – news 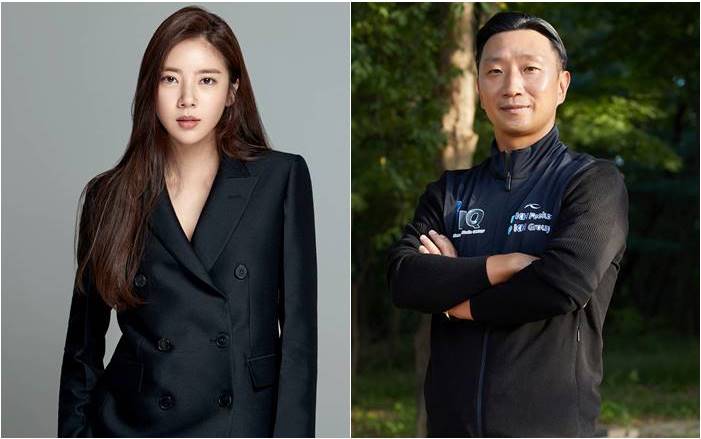