Summary of the battle between China and Saudi Arabia: three naturalized strikers must score 3 points against Oman

Original title: Summary of the battle between China and Saudi Arabia: three naturalized strikers must score 3 points against Oman

At 1 am on October 13th, Beijing time, the fourth round of Group B of the top 12 of the 2022 Qatar World Cup Asian Qualifiers will continue. The Chinese men’s football team will challenge the Saudi Arabian team, which has won all three matches in the previous group stage. After a fierce battle, the national football team finally lost to Saudi Arabia 2-3 and lost to Saudi Arabia for the first time in the World Cup qualifiers. The three naturalized forwards in this campaign performed well after coming off the bench in the second half, and once changed the situation on the court. At present, the situation of qualifying for the national football team with only 3 points in the 4 games is in jeopardy. Only if Oman gets 3 points in the next round, will it be possible to retain the third place in the group and the hope of qualifying for the play-offs.

In the face of the powerful Saudi team, the national football team has a 532 defensive formation. Zhu Chenjie and Jiang Guangtai and Li Ang serve as three central defenders, Chi Zhongguo, Wu Xi and Jin Jingdao serve as midfielders, and Wu Lei and Zhang Yuning serve as forwards. The players only sent Jiang Guangtai. Li Tie’s original intention was to strengthen the defense through a five-back combination of three central defenders and two full-backs. The midfielder sent Chi Zhongguo, Wu Xi and Jin Jingdao, who are extremely athletic and capable of interception, to sweep away, while the frontcourt was left behind. Wu Lei and Zhang Yuning waited for an opportunity to fight back. However, there are huge problems with the running-in of this defensive formation, and it is difficult for players to play a stable level in assisting protection and area defense. 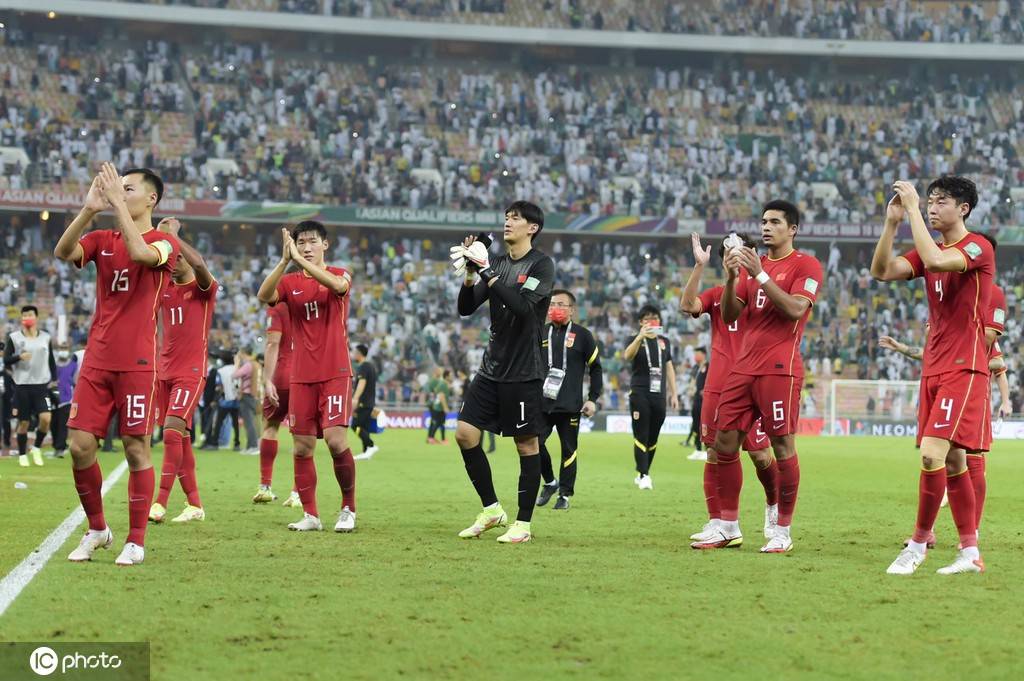 In the first half of the game, in the face of the energetic Saudi team, the shortcomings of the national football’s assisted defense and regional defense were magnified ineffectively. In the 15th minute, Chi Zhongguo was cut off with the ball in the backcourt, and Najib took a long shot from the top of the penalty area. From this point of view, the national football backcourt defense is chaotic. Although there are many defensive players, there are no rules for assisting defense and regional protection. After Chi Zhongguo lost the ball in midfield, the defending player did not immediately deal with the ball decisively. At the moment when Najib took a shot, the defender Li Ang did not fly to block in time, and even just stuck out a foot symbolically to defend, which caused the national football’s first goal conceded.

If it were not for luck, the national football team probably conceded more than two goals in the first half, and the combined area of ​​Zhang Linpeng and Zhu Chenjie has become the main direction of the Saudi team in the first half. Whether passing through a 45-degree diagonal pass or penetrating through the ground, they have penetrated the defense on this side. It can be seen that Li Tie’s defense line of five defenders to prepare for the battle between China and Saudi Arabia is a complete failure. In the four world preliminaries, Li Tie changed four sets of starting lineups, but without exception, they did not achieve good results. Too many changes in the lineup also make the players always unable to run in place, and thus unable to play the level they should be.

Facing the passive situation of falling behind with two goals in the first half, Li Tie made a desperate move in the second half. During the intermission, he successively replaced Luo Guofu and Alan with two offensive players. What is interesting is that Luo Guofu scored the goal 30 seconds after coming off the bench, and he once gave the national football the hope of an equalizer. And Alan has driven the rationality and effectiveness of the national football’s frontcourt attack as a whole. Although the appearance of the two naturalized players could not change the problem on the defensive end, they contained the Saudi team on the offensive end, thereby reducing the pressure on the back line. In the 60th minute, Li Tie sent Zhang Xizhe and Exxon to continue to strengthen the attack. With the appearance of three naturalized strikers at the same time, the national football team reversed the situation in the second half. 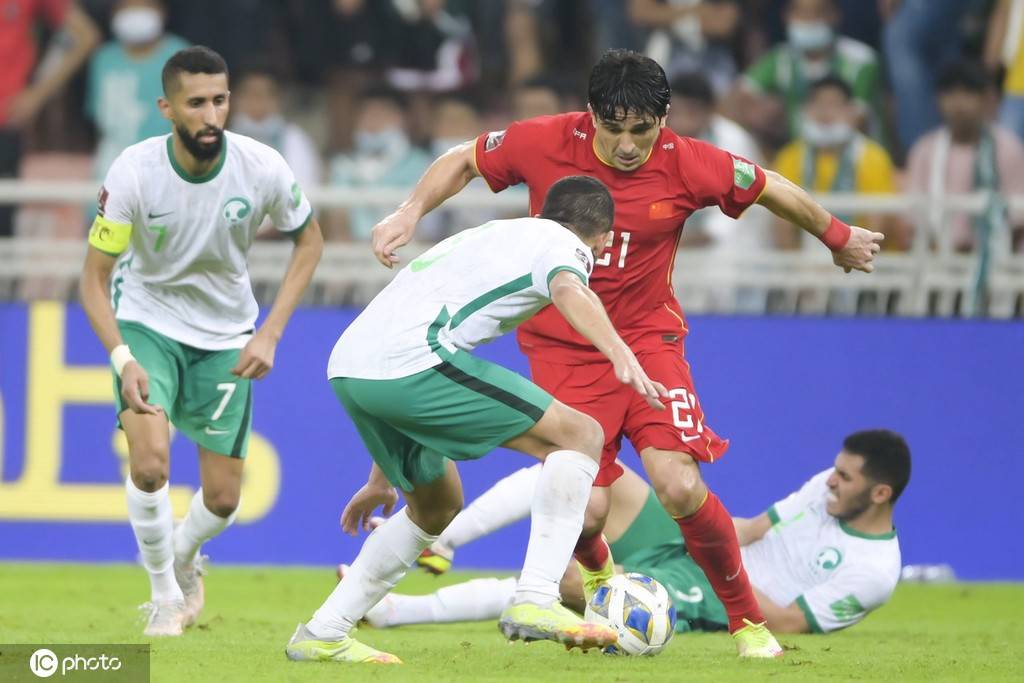 Frankly speaking, Li Tie’s on-the-spot command ability is still good. His tactical strategy first uses a full-line retreat 532 formation to consume the Saudi team at home, and then launches a full counterattack through the appearance of naturalized players in the second half. Regrettably, however, the five-back defense did not bear the Saudi bombing in the first half, which put too much pressure on the counterattack in the second half. In the last game against the Vietnam team, Yu Dabao, who came off the bench, was criticized, and the starting young central defender Zhu Chenjie’s performance was equally bad. Two goals conceded were directly related to his lack of marking. The combination of the central defender of the national football team is still the biggest problem that plagues Li Tie.

In terms of personnel performance, the three naturalized strikers Alan, Luo Guofu and Exxon who came off the bench performed perfectly. As the front midfielder, Alan effectively made up for the shortcomings of the national football’s lack of offensive organization. In 45 minutes of playing time, Alan successfully sent 10 passes 9 times, 90% of the successes, and 1 assist. Luo Guofu has obvious advantages in physical confrontation and has a high breakthrough success rate. His two shots all hit the goal range. The only regret is that he failed to score another goal in stoppage time to help the national football team equalize the score. Although Exxon’s performance is not as eye-catching as the two, the pivot effect is obvious. In addition, the performance of the national football captain Wu Xi is also remarkable, in addition to stable defense, he also scored goals.

In contrast, the performance of Zhang Yuning and Wu Lei, who killed the Quartet in the last game against the Vietnam team, was slightly inferior. Like the previous match against Vietnam, Zhang Yuning continued his role as a bridgehead at the center position, but due to the lack of support from his teammates in the first half of the game, he failed to create too many opportunities. The only bright spot was the subtle pass sent to Wu Lei in the 33rd minute. Unfortunately, Wu Lei’s single-handedly failed to convert the goal. Wu Lei did not have the highlight performance of the previous game. Of course, this is also directly related to the opponent’s focus. Generally speaking, the performance of domestic strikers in this field is not as good as that of naturalized strikers. 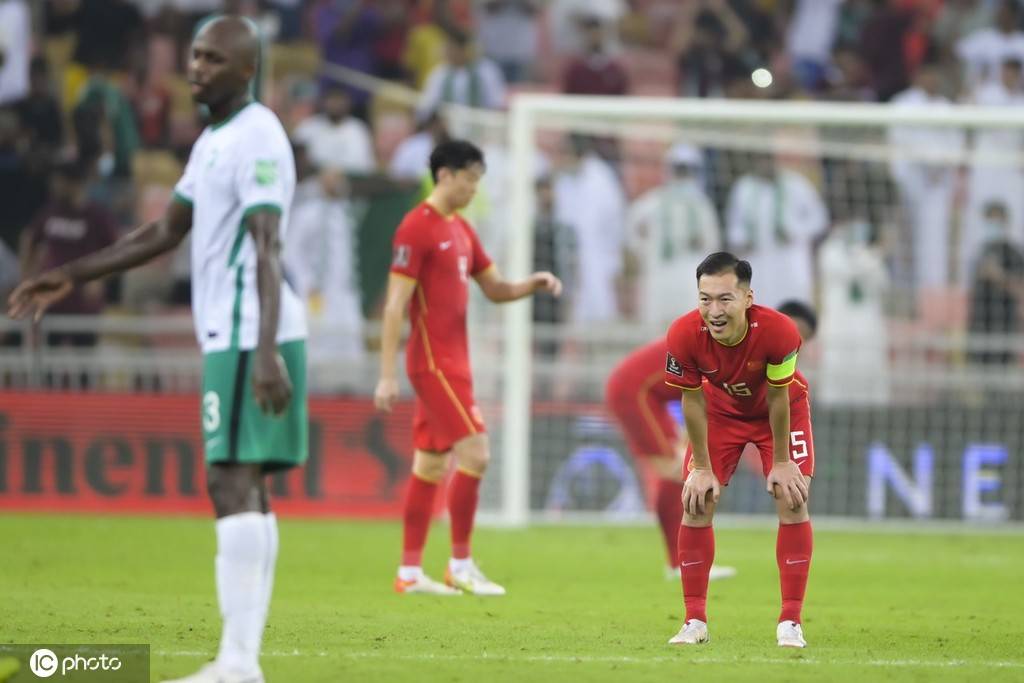 The backcourt continued to expose the central defender’s shortcomings. Since Zhang Linpeng was assigned to the right back position, the combination of the three national central defenders in this game is Jiang Guangtai, Li Ang and Zhu Chenjie. In addition to Jiang Taiguang’s stable performance as always, Li Ang blocked the first goal conceded in time, and Zhu Chenjie caused two goals conceded due to lack of marking. At present, the most powerful and stable central defender combination in the national football team is the combination of Zhang Linpeng and Jiang Guangtai. However, this combination is constantly being dismantled due to the lineup, which has also caused serious hidden dangers in the middle defensive position.

In the other two games in the same group, Japan beat Australia 2-1 at home and Oman beat Vietnam 3-1 at home. After defeating the Chinese team, the Saudi team scored 12 points in 4 rounds. The Saudi team topped the group list and was 6 points ahead of Oman, the third in the group, and is expected to directly advance to the World Cup. After Japan defeated Australia, it retained the top two hopes of the competition group. Dark horse Oman scored 6 points, relying on the number of goals to beat Japan ranked third in the group, is expected to compete for qualification. The national football team accumulated 3 points in 4 rounds and continued to rank fifth in the group. It is hopeless to compete for the top two in the group and can only compete for the third place in the group. 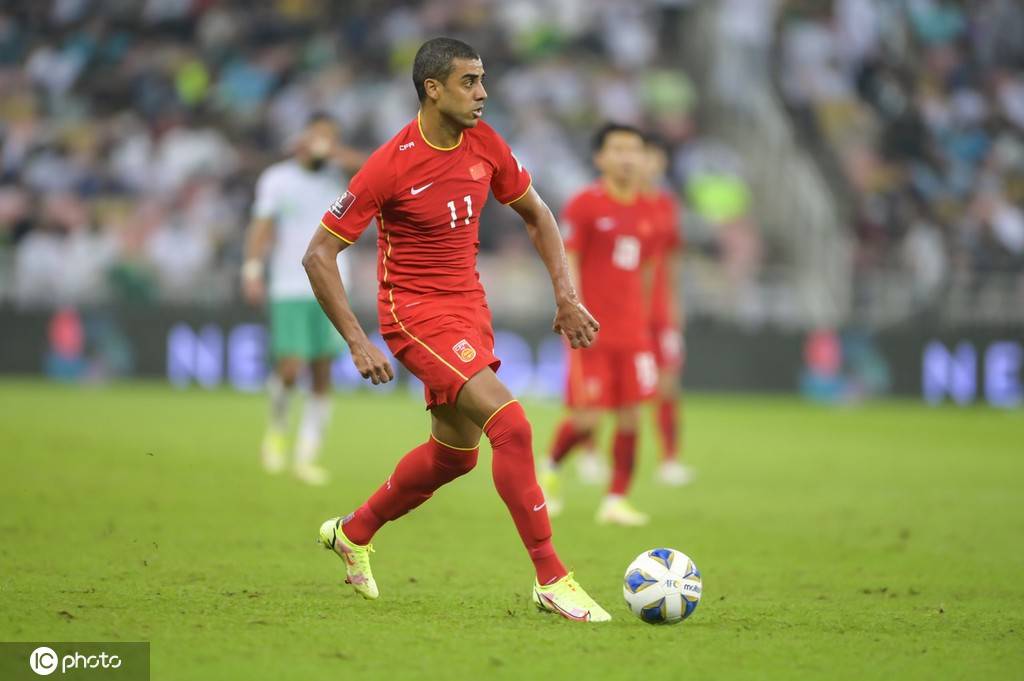 The next round of the national football match will be in November and November against Oman. The original game will be held at the home court of the Chinese team, but if the current epidemic prevention policy does not change, it will be more difficult for the national football team to return to the home court with fans cheering. Even so, the next round of the National Football Team must beat the Oman team in order to retain the third place in the group and the hope of qualifying for the play-offs. The dark horse of this group, Oman, has beaten Japan and defeated Vietnam in the just-concluded group stage. Although the national football team faces Oman, it is not without a chance, but it is not easy to take the opponent lightly.

At present, the biggest call is for Li Tie to use the returning striker in the starting line to strengthen his offense. However, in the face of various strong Asian enemies, it is still unclear whether the full attack at the beginning of the game will have a good effect. The next round against the average team of Oman in this group may be the best time for Li Tie to start the onslaught, but judging from the current situation of the Chinese team, there is no room for mistakes. Only if Oman gets 3 points can it be retained. Compete for third place in the group and hope to qualify for the play-offs. (Sunday hates the sea)Return to Sohu to see more

“Win Rich” Turtle walked into the girl’s house. The powder rubs the number appearing on the license plate, believe it to bring luck.

‘Wada’ explains the use of the Thai flag...

‘My English will be finished in five minutes’;...

The sharpness of the ‘head’ has not...