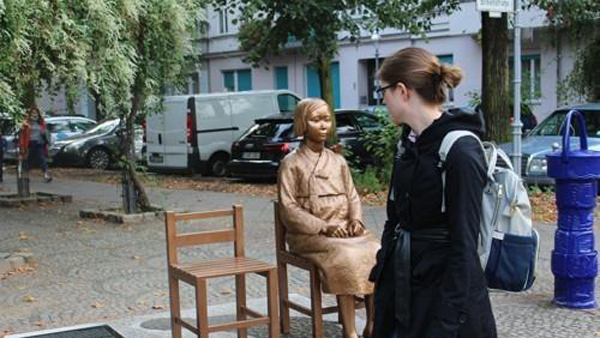 Photo courtesy of Yonhap News In response to Japanese Prime Minister Fumio Kishida’s request to Germany to remove the ‘Peace Girl’ statue, a symbol of Japanese military comfort women, installed in Berlin, the Ministry of Foreign Affairs said, “It is not desirable for the Korean and Japanese governments to engage in private activities.” said. An […]

‘Sarin threat’ mailed to facilities to be displayed in Osaka, Japan

It was reported that a threatening mail decorated with poison gas was delivered to the Osaka ‘Unfreedom of Expression Kansai’ exhibition facility, where the ‘Peace Girl Statue’, which symbolizes the comfort women victims of the Japanese military, is displayed. According to Kyodo News, yesterday (16th) to 18th, an envelope containing a liquid was delivered to […]

The event that was scheduled to showcase the ‘Peace Girl Statue’ symbolizing the victims of Japanese military comfort women in Tokyo has been postponed due to lack of access to an exhibition space. The Tokyo Executive Committee for Unfreedom of Expression, composed of officials from Japanese civic groups, held a press conference today (24th) at […]