As the financial authorities have taken a strong approach to managing the total amount of household loans, financial institutions, which have been put in a brake on their fund management, are eager to serve corporate customers. This year, the growth rate of corporate loans by banks is more than 7%. Two financial institutions, such as savings banks, are no exception. Small and medium-sized enterprises (SMEs) loans handled by savings banks in the first half of this year approached 50 trillion won. The problem is that corporate loans from the financial sector are concentrated on loans to small and medium-sized enterprises that are vulnerable to the damage caused by the novel coronavirus infection (COVID-19). There are also concerns that the government’s COVID-19 financial support measures could become insolvent if the financial aid measures are terminated. We looked at the status of corporate loans in the financial sector.

In response to the financial authorities’ intense pressure to regulate household debt, banks are turning to expanding corporate loans instead of tightening household loans. However, there are concerns that a surge in corporate loans may increase the risk of insolvency in the future in a situation where the economy has not fully recovered due to the prolonged Corona 19. / Graphic = Reporter Kim Young-chan

Jeon, 40, who runs a clothing retail business in Jungnang-gu, Seoul, was using a 280 million won loan from Kookmin Bank for policy funds from the Korea Credit Guarantee Fund. In the meantime, as the new coronavirus infection (COVID-19), which has spread since last year, has made it difficult to operate the business, Jeon needed additional funds. It was difficult for Jeon to get additional loans with the policy funds he had already received. After consulting with the corporate finance staff of Kookmin Bank, Jeon was able to receive an additional 100 million won loan by issuing an additional guarantee from the Korea Credit Guarantee Foundation. In addition, Jeon received a proposal from an employee to give him a preferential interest rate of 0.1 percentage point. 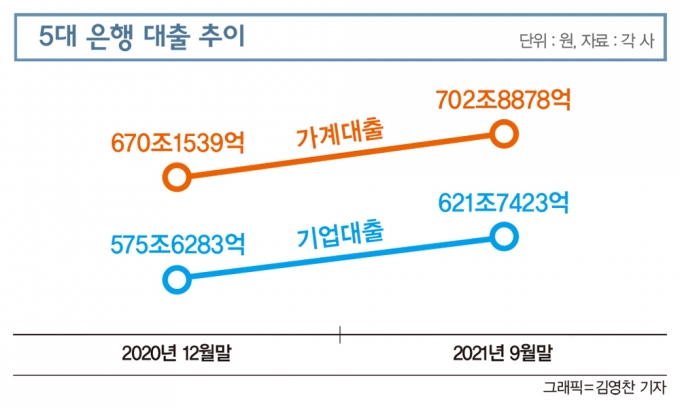 Medium-term loans increased by 3.5 times compared to the growth rate of large corporations

The introduction of Basel 3 had a major impact on banks’ significantly increasing corporate lending. In order to overcome Corona 19, the financial authorities ordered that the proportion of corporate loans be maintained at more than half until next year, on condition of early introduction of ‘Basel 3′ last year, which is a regulatory measure for banks’ capital soundness that will be applied from 2023. The key to Basel 3 is to lower the risk weight for loans to SMEs without a credit rating from 100% to 85%. Banks are also targeting high-quality small and medium-sized enterprises (SMEs) rather than large enterprises whose main bank is already established. 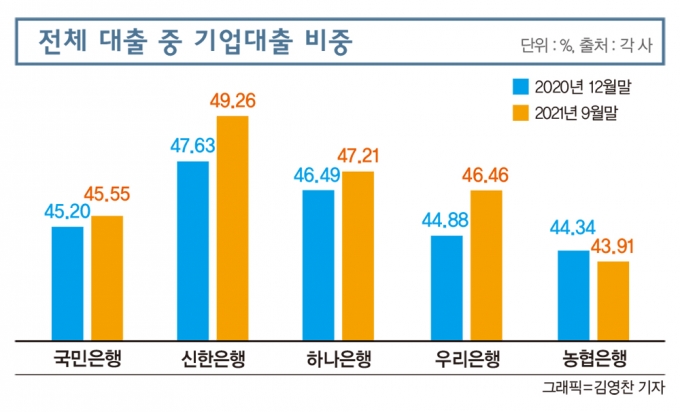 How do banks increase corporate loans?

Banks are strengthening collaboration with business operators to expand corporate lending. Shinhan Bank acquired 1.97% (72.3 billion won) of treasury stock from Duzon Bizon in September. It is a strategy to expand mid-to-low interest rate loans to small and medium-sized enterprises by linking financial and non-financial data of the two companies using real-time corporate accounting and commerce data owned by Duzon Bizon.

Since September, Kookmin Bank has partnered with Woowa Brothers, who run ‘Baedal Minjok’, to provide a preferential interest rate of 0.3 percentage points and a loan limit to the self-employed. In September, Hana Bank and the Korea Importers Association began to provide financial support to importing companies.

There is also a battle between banks to attract corporate customers. In particular, commercial banks are pursuing a strategy of attracting customers by offering better conditions than government-owned banks when the loan maturity approaches for small and medium-sized enterprises (SMEs) that use government-owned banks with relatively good loan conditions as their main banks. An official from a commercial bank said, “State-run banks that receive government funding have an absolute advantage over commercial banks in terms of loan interest and limit, and thus the proportion of major banks of small and medium-sized enterprises among individual banks is absolutely high.” It is relatively easy to attract customers as it is common to reduce the limit or raise the interest rate when doing so,” he said. 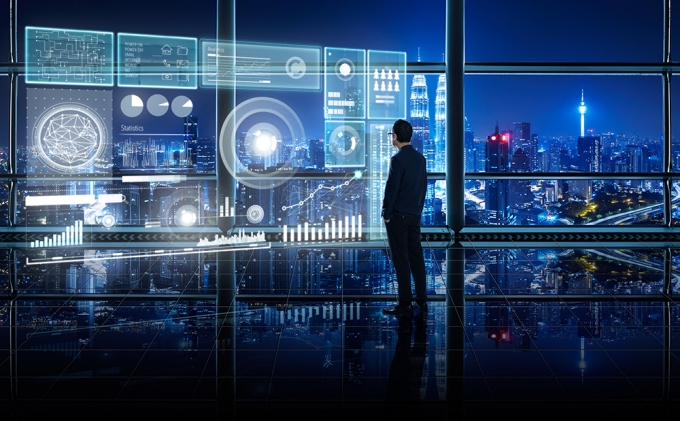 The financial authorities are recommending that Kookmin, Shinhan, and Woori Banks keep the proportion of corporate loans out of total new loans at 57% and Nonghyup Bank at 51%. However, there are concerns that a surge in corporate loans could increase the risk of insolvency in the future in a situation where the economy has not fully recovered due to the prolonged COVID-19. Loans from small and medium-sized enterprises (SMEs), including the self-employed, have increased significantly more than stable loans to large corporations. Until September this year, while loans to large corporations from banks increased by 4.2 trillion won, loans to individual businesses soared by 30.6 trillion won.

Koo Bon-seong, a senior research fellow at the Korea Institute of Finance, said, “Banks are attracting corporate loans due to restrictions on household loans, but unlike mortgage loans with collateral, corporate loans carry a greater risk. It is necessary to selectively expand loans from blue-chip companies because it is necessary to look at the situation, company performance, and future prospects,” he advised.

Two financial institutions, such as savings banks and insurance companies, are also looking for a way out of corporate loans. It is also active in strengthening the dedicated organization or transfusion of external talent. However, some point out that soundness management is necessary as concerns over the prolonged COVID-19 crisis and the ability of vulnerable companies to repay. 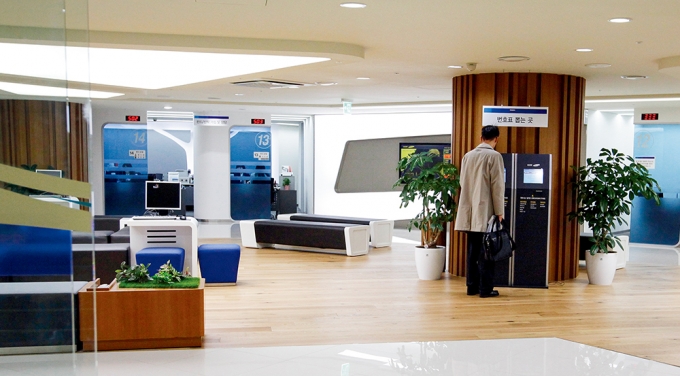 As the scale of corporate loans increases, the organization in charge is also taking shape. Since the beginning of this year, SBI Savings Bank has divided the corporate finance division into divisions 1 and 2, with 3 teams under division 1 and 2 teams under division 2, operating a total of 5 teams. started to strengthen its capabilities. In 2019, Vice President Baek Deuk-gyun, who was in charge of loan review at Woori Investment & Securities and Meritz Securities, was appointed as the head of the corporate finance division to strengthen the control tower.

Some of them seek sustainability such as ESG (environmental, social, and governance) with corporate loans. Pepper Savings Bank, for example, is strengthening ‘Pepper Green Financing’ for corporate customers with green energy and low-carbon economy as its main business model. also discussed

An official from a large savings bank said, “The recent strengthening of loan management by financial authorities has put downward pressure on household loan profitability. Savings banks that exceed the limit are turning to corporate loans to control loan speed.” 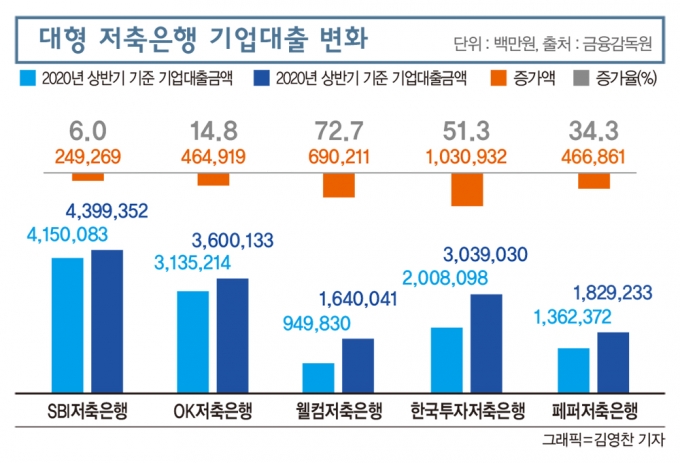 2 The demand for corporate loans from the financial sector is expected to continue to grow. The Bank of Korea announced in this month’s ‘Financial Institutions Loan Behavior Survey Results’ report that “in the fourth quarter of this year, loan demand for non-bank financial institutions (savings banks, insurance companies, etc.) I see,” he predicted.

The problem is that corporate loans centered on SMEs can increase the risk of insolvency of savings banks and insurance companies. There is also concern that the second financial sector has many borrowers with relatively low credit ratings compared to commercial banks.

According to the Bank of Korea’s ‘Financial Stability Report’, the proportion of companies with weak ability to pay interest (interest coverage ratio less than 1) because their interest expense is higher than their operating profit increased from 35.1% in 2019 to 39.7% last year. Among them, SMEs accounted for half, or 50.9%. In fact, one in two small and medium-sized enterprises (SMEs) cannot cover interest with operating profit.

Some warned that the risk of corporate loans is greater than that of household loans. This is because it is necessary to check the repayment ability of vulnerable companies as the proportion of loans from companies lacking the ability to pay interest increases. Of course, as of the first half of this year, the delinquency rate on corporate loans of savings banks was 2.6%, down 1.5 percentage points and 0.8 percentage points from a year ago (4.1%) and at the end of last year (3.4%). is a voice that calls for

In addition, the Bank of Korea predicted that the credit risk of borrowers by non-bank financial institutions such as savings banks and insurance companies will increase in the future. The savings bank predicted that the credit risk index would increase by 9 points from 13 in the third quarter of this year to 22 in the fourth quarter of this year.

Kim Young-do, a senior research fellow at the Korea Institute of Finance, diagnosed that “in the end, risk management is the key.” He said, “Saving banks and others are changing their strategies, such as turning their eyes to corporate loans when household loans are blocked, but it will not be feasible. Financial institutions need to manage the soundness,” he said.

“Star Ocean Ranger 6: Divine Force” debuts in 2022 and embarks on an adventure to change the destiny of the universe on the other side of the vast galaxy “Star Ocean The Divine Force”